Beer N Biceps Episode 15: How to fix the Uk

This week we are discussing the famous German Beer festival known as Oktoberfest, we drink Paulaner Oktoberfest Bier, and we discuss how to fix the UK. No we haven’t gone all political, we’re just looking at what we would do if we were in power to combat the UK’s serious obesity crisis. The discussion was a lot of fun, and hopefully we raised some interesting points.

In September, my dad and I finally completed the trip we had been talking about for years. We went to Munich for Oktoberfest. Despite having talked about wanting to do it for a long time, we didn’t really know too much about it. I’d been to Germany in 2016 for the Christmas Market in Cologne, and had been struck by how much I loved German culture. It really is similar to England, they work hard, they eat a lot of meat, and they drink a lot of beer. What’s not to love? My trip was soured slightly, by the terrorist attack on the Berlin Christmas Market a day after I had returned. To be honest, I was a little worried travelling to Munich as I imagined Oktoberfest to be a high level target. Luckily it was perfectly safe. 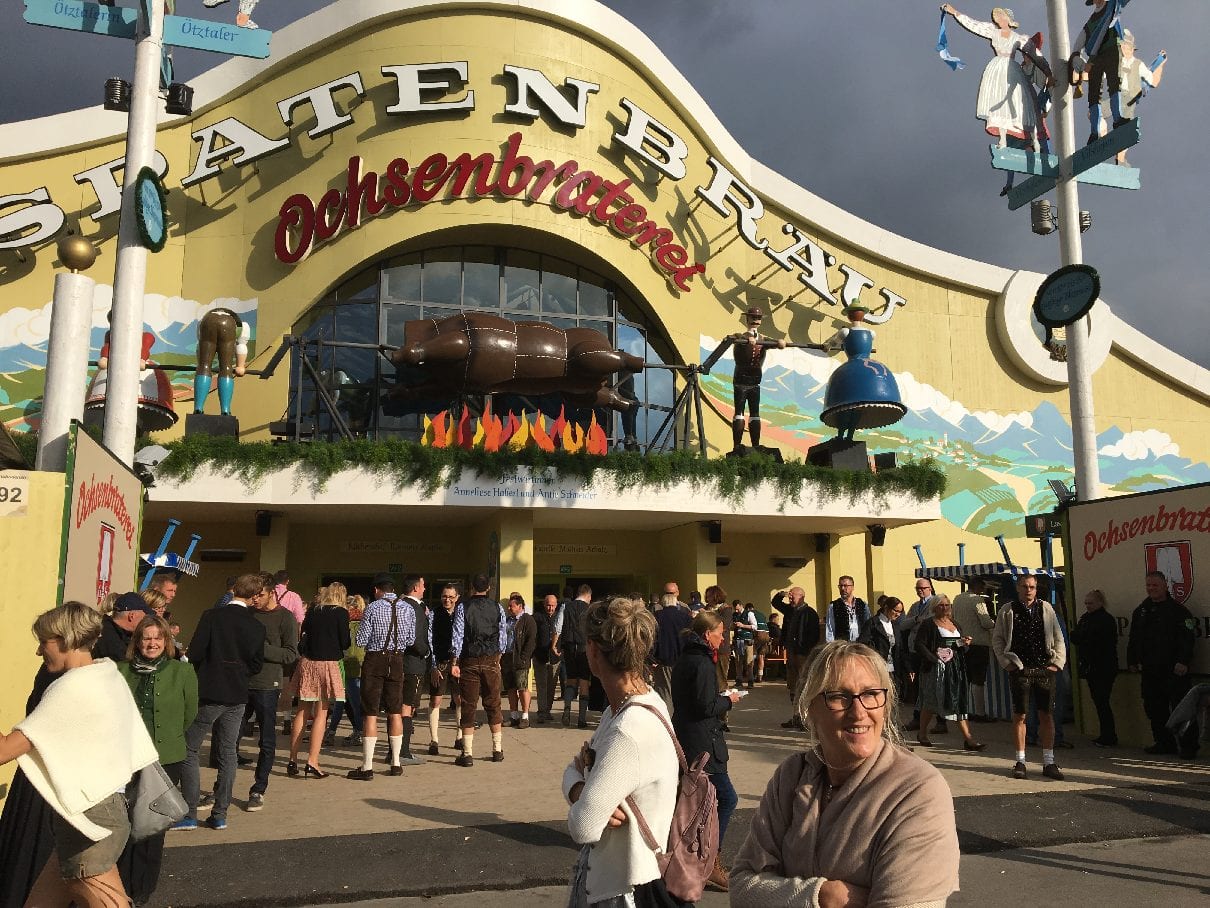 The first thing that you notice when you enter the fairground (yeah Oktoberfest is a giant carnival with beer tents) is the organisation. There were loads of security measures but they were 1) sensible (no full body scanners) and 2) efficient. You were basically through security in 30 seconds and as such the crowds travelled through quite fast. The second thing that struck me was that entrance to Oktoberfest was completely free. In the UK this event would probably cost £20 entry. But you could walk in to the festival, enter as many beer tents, and even sit down (if you were lucky enough to find a seat) without paying a penny (or cent).

Another thing that really surprised me was the seriousness over Lederhosen. I always assumed that they were worn by tourists and people who wore them ironically. But actually the outfits were really impressive, and were just worn like you’d wear a suit to the wedding. I actually felt a little self-conscious for not wearing them! During the day the place was quite busy, but at night it really was a different story. My dad and I had got a seat when we had arrived at 12pm on day 1, but on day 2 we arrived at 4pm and the place was packed. The atmosphere was electric, serving men and women would wade through crowds of drinkers carrying massive boards over their heads, women would walk to tables carrying 6-10 steins at a time, and an Oompah band played music at deafening volumes. It was an incredible experience.

The History of Oktoberfest

Oktoberfest started as a celebration of the marriage of King Ludwig I in 1810, it has been situated at the same fairground ever since. By 1819 it was an annual event, and the carnival elements were now part of it. Not until 1892 were the traditional glass steins used to drink beer from though, and by the 100th anniversary in 1910, the festival was all about the beer. Over the years, Oktoberfest has had to be cancelled for numerous reasons (mostly war). In 1811 Bavaria was fighting in the Napoleonic wars (on both sides at different points in time), the festival was interrupted again during the Franco-Prussian war, and Austro-Prussian war, and due to several Cholera outbreaks. During the World Wars the festival was also cancelled. 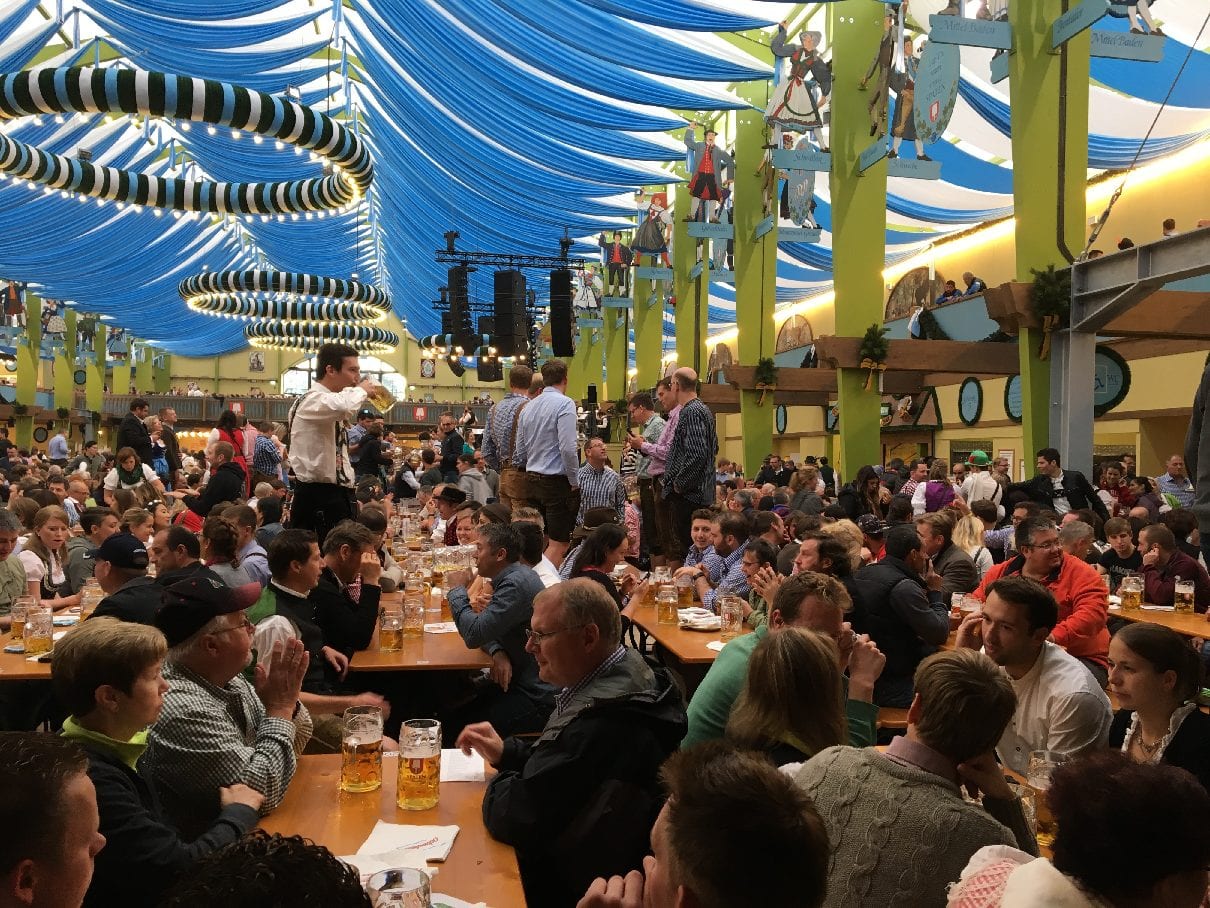 Since 2005 the festival has attempted to go back to its roots, with music being quietened before 6pm, I definitely noticed the difference between the day and the evening, and enjoyed both times for different reasons. Today it is one of the biggest events in Europe and absolutely needs to be on the list of every beer lover.

This guide is based on my own experiences, and is therefore the opinions of a rank amateur! Therefore please use this opportunity to find a better guide …. okay I guess you couldn’t be bothered to do that? Excellent.

Before we go into how to fix the UK we’ll take a brief look at our beer of the ween. As this is an Oktoberfest themed podcast/blog, we had to drink an Oktoberfest beer. We chose the Paulaner Munchen Oktoberfest bier as 1) It was the first tent that I visited in Munich, and 2) It was the only beer left after Todd and I had drunk the rest. 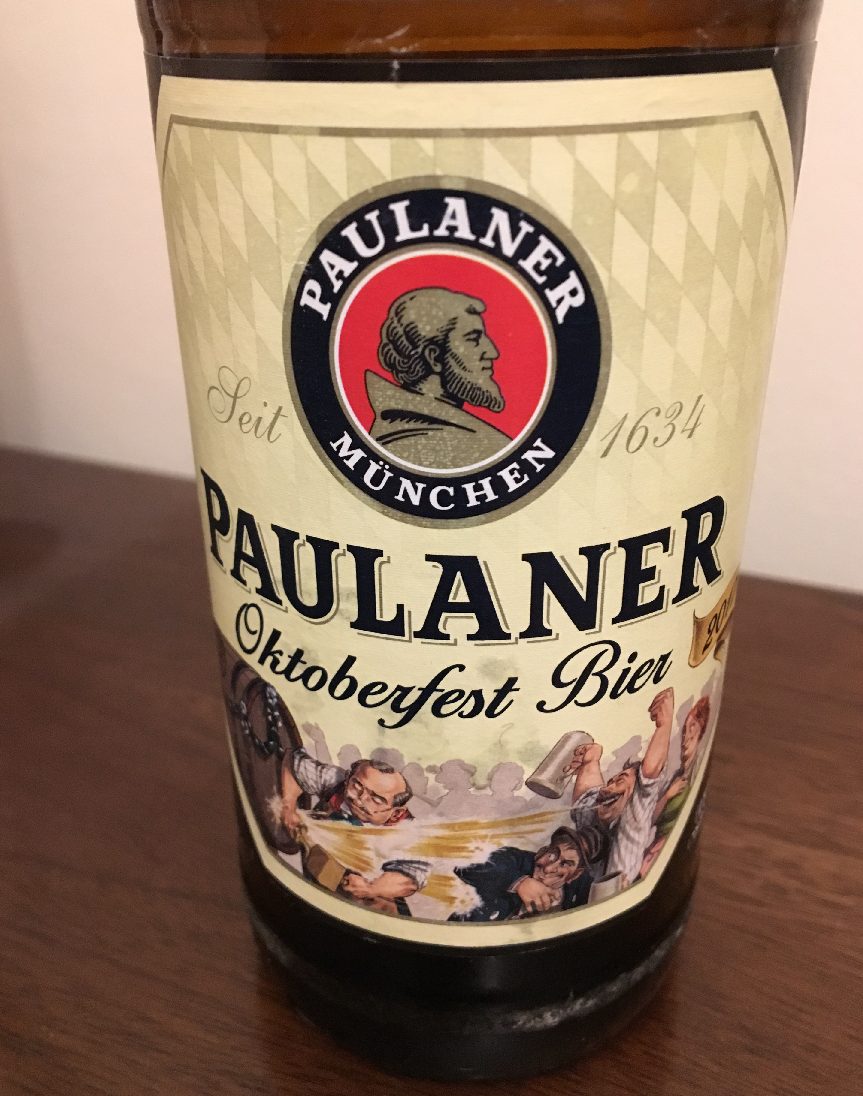 There’s not much to say about this beer that wasn’t covered in the podcast, but suffice it to say I fucking loved it. I pretty much love all German beer though, and could go on forever about the wheat beers, lagers, and dark lagers that I have enjoyed while either podcasting or when in Munich. The beer is 6%, sweet, strong, and refreshing. The only issue that I found was that it was over too fast, but that’s because I’ve grown accustomed to litre servings!

How to fix the UK

The UK is currently at a low point fitness-wise, we are more obese, less fit, and physically weaker than we have been at any point in history. Well that’s what the papers say. So Todd and I decided that we would look at how to fix the UK from a fitness and nutrition stand point. We discussed making food technology compulsory for all high school students. Most of our nation’s issues stem from people not knowing how to cook quick, easy, low calorie meals. But food technology was always seen as a “girl’s” subject when I was at school (which is exactly why I signed up). This attitude needs to stop as its holding people back.

We avoided making PE compulsory as too many people hated it, but perhaps finding a non-competitive version of fitness would help? A lot of people were put off at school as they didn’t enjoy sport, or competing. Other things we looked at were automatic calorie totals on fast food orders (so you know exactly what you’re ordering), chefs who teach basic cooking (rather than the unrealistic cooking shows we all love), and better nutritional targets.

In other words, stop telling people they need to drink 8 glasses of water a day when it is unnecessary. Stop telling people they need to eat 7-12 fruit and veg portions per day, when most people struggle to eat 2. After looking at how to fix the UK the one thing that I feel we both realised was that being a politician would be an absolute nightmare! Are we the right people to ask about how to fix the UK? Probably not, but we can’t be doing worse than the current experts.