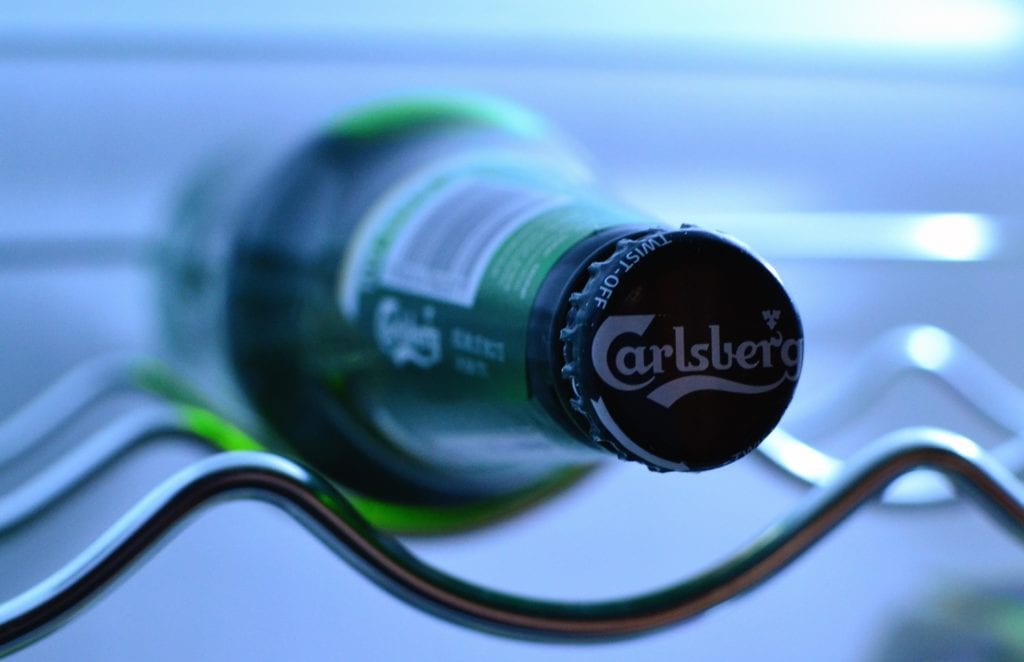 In last week’s blog I promised to step up my efforts gym-wise without slipping up, I failed in this task. In fact I only managed 3 sessions! What’s more I only managed 30km throughout the entire week. Not good. I did train legs though and I managed to fit some deadlifts in, so I was lazy but still did the more difficult sessions.

My deadlifts have been frustrating me for quite some time now, I used to be able to lift 140kg for 6 reps. Not easily, but I was definitely starting to look at 145kg or even 150kg as my new target. But after 3-4 months of relatively lazy training I found that my deadlift had dropped to 100kg! And it’s not really going up. I currently manage 3 sets of 6 reps at 100kg and in my next session I will be attempting 105kg. This is very demoralizing. I’ve added Rack-Pulls to another session in the hope that this will help speed up my recovery (from the injury to pride that my shitty deadlifts has created), but so far no luck.

But enough about my shitty deadlifts, there’s still many other failings to mention. Lucy and I had my sister and her fiance round on Friday – Sunday morning which meant lots of food and lots of booze. George (fiance) brought round some Doom Bar (one of my favourite beers right now) and I had a couple of San Migels in the fridge. Add to that some Champagne (we were celebrating them getting engaged) and you can see why my Saturday morning workout was abandoned in favour of watching the football. 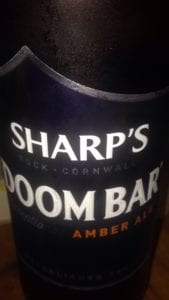 Doom Bar – A great beer with an awful name

Saturday was spent watching football with George and drinking Grolsch in my local pub. Then we progressed to another bar (where I experienced a pint of “Blue Moon”) before going to an Indian vegetarian buffet which was equal parts fantastic and insanely fucking hot. I felt like the whitest person in existence whilst ordering my 14th pitcher of water, but at least it sobered me up! 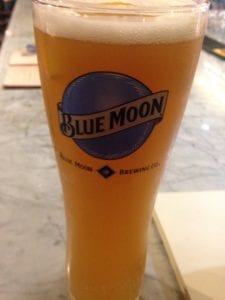 By now a lot of you are probably thinking “What kind of fitness enthusiast drinks this much?” but the truth is that I NEVER intended to become a fucking monk when I became a personal trainer. I am much more interested in helping others, whilst staying in decent shape myself. If you want your fitness advice from a male model who only drinks Aloe Vera and replaced his personality with extra ab muscles then kindly fuck off to Instagram

I specialise in getting regular guys and girls in great shape WITHOUT making them give up nice tasting food or even alcohol. Now obviously there are times when they are going to need to cut down – or even abstain, but I teach people how to diet in a sustainable way. We’re not aiming for 6-packs in 6 weeks, then beer gut a year later (cos you fell off the wagon). We’re looking at 6 packs that last a lifetime! Incidentally if you enjoy talking about beer, and you want a six pack then check out my free facebook group Beer N Biceps.

Need to step up the sessions this week (Gym not Beer) but already heading for a quieter week (social life wise) which should equal more exercise and less beer! Need to get my walking up, though after comparing it to others I do feel slightly better about myself.