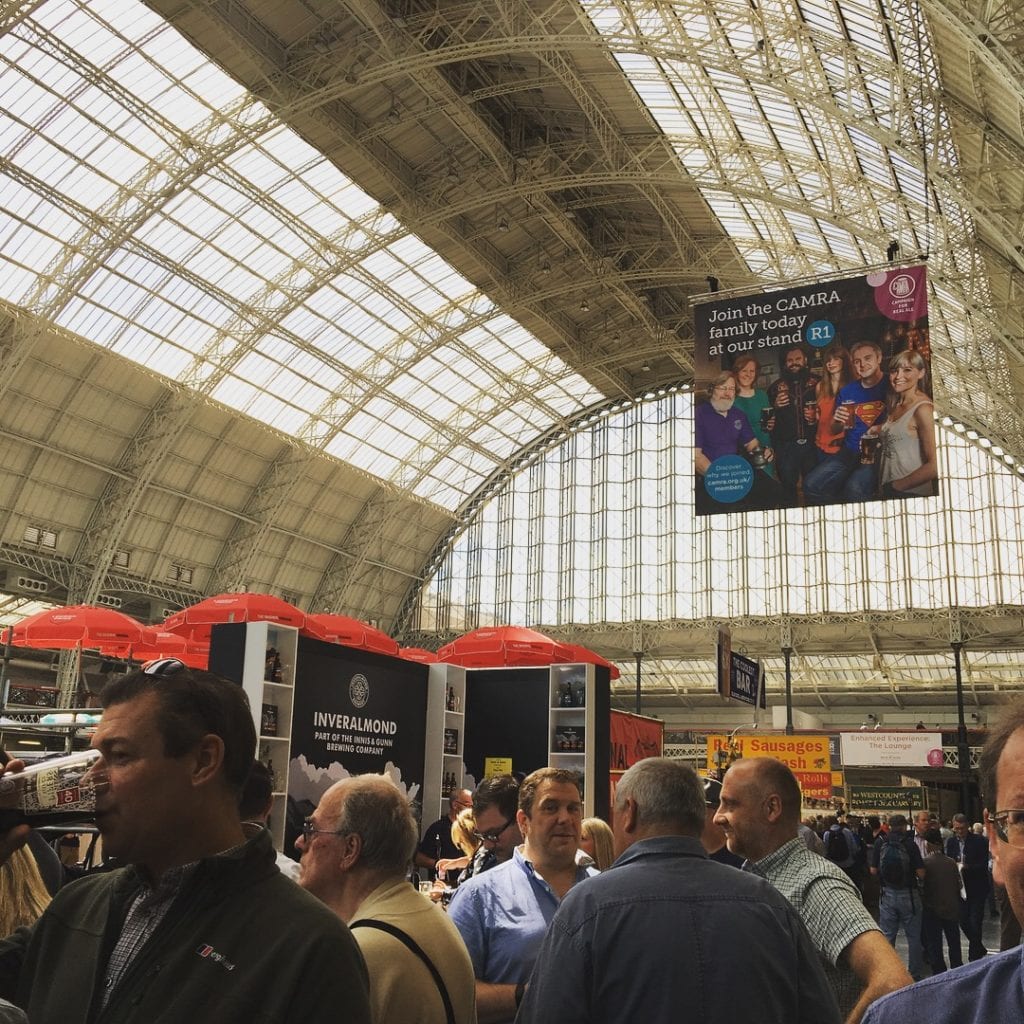 Craft Beer and CAMRA: A Match Made in Heaven?

On the face of it, craft beer and CAMRA (The Campaign For Real Ale) are at two completely different ends of the beer spectrum. One is for young hipsters with neck tattoos and visible piercings. While the other is for old, fat men who wear woollen jumpers and voted for Brexit. But both CAMRA and the craft beer revolution are integral to each other. Without CAMRA there would almost certainly have been no craft beer.

A Brief History of CAMRA

In the 1970s British Beer was at an all-time low. Gone were the numerous local breweries that the country is famous for. Almost all pubs in the UK were owned by a small number of big breweries. Real ale was being replaced by cheap continental lager. The effects of this can still be seen today. Many pubs are made up entirely of Guinness, Carling, Fosters, Carlsberg, and perhaps a bitter if you’re lucky!

CAMRA was formed in 1971 by Michael Hardman, Graham Lees, Jim Makin, and Bill Mellor. The goal of CAMRA was to reverse the decline of real ale and to protect pubs from closure. There were other goals, but they aren’t particularly relevant to this article (benefits of social drinking etc).

Another goal of CAMRA was to promote less popular beers such as stout (other than Guinness, which didn’t need any help) porter, and mild. CAMRA has also been at the forefront of homebrewing, even though homebrewing could theoretically have led to the loss of business for the type of pubs they were trying to save.

In 1973, CAMRA had built up its membership from 4 members to 5,000. Amazingly, CAMRA has continued to rise in popularity, with current membership levels at 192,000. Chances are that the last beer festival you went to was run by CAMRA. Many current breweries can thank CAMRA for promoting (even indirectly) their beer.

The UK has the second most breweries per capita with 3.04 breweries per 100,000 people. Only New Zealand has more (4.56 breweries per capita). Compare this to France which has very few breweries left post-WWII (though recently there has been a massive surge in Craft breweries). While not all of this can be placed solely at the feet of CAMRA, they are inarguably a major contributor to the UK’s beer renaissance.

CAMRA is still a huge part of British beer culture. If anything, CAMRA’s influence is growing.

A Brief History of Craft Beer

While we tend to think of the US as playing catch up in the brewing world, when it comes to craft beer, they have a 30 year head start on the UK. Craft breweries are basically breweries that are small in size compared to traditional breweries, and independent. This means that they can’t be owned by a parent brewer (in the way that Newcastle Brown Ale is owned by Heineken).

Tom Hallett does a great job of explaining the history of craft beer in the UK in this article for the Cabinet Rooms [1]. Essentially, a 2002 scheme published in the budget by Gordon Brown led to huge tax breaks for small independent breweries and as a result, there was an explosion in craft breweries.

There are many craft breweries that originate from shortly after the 2002 budget, the most famous would have to be Brewdog. A brewery that started out as two guys in a garage and is now one of the UK’s top breweries.

Brewdog started out as a couple of guys making beer for fun, and they are not alone in that. Almost every craft brewery can trace its origins to a couple of blokes (it’s almost always blokes). Brewing beer together in a garage or office. Homebrewing is huge in Britain, and one of the major reasons for this is CAMRA.

Go to any beer festival and you’ll find an auction containing about 20 different home brewing books. So already, you can see how CAMRA has influenced craft beer. But it’s more than that.

Tiny Rebel are a welsh craft brewery, who first came to prominence by winning awards at a Welsh beer festival, and then made their name at the Great British Beer Festival. Many other craft breweries would also have had similar experiences. Finding themselves a loyal fan base among beer festival-goers due to their excellent tasting beers.

In my opinion (and many may disagree) without Hardman et al founding CAMRA the market for craft beer may not have existed in the first place. Without CAMRA it is not hard to imagine more and more small pubs closing, beers becoming more uniform, with cheap lagers dominating. Sure, there would probably have still been beers like Hobgoblin bucking the trend. With the loss of small and medium-sized breweries, the public would have had less and less exposure to flavourful beer. 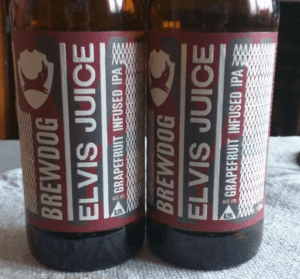 Sadly, there seems to be a growing issue between CAMRA and craft beers, based on CAMRA’s rather strict guidelines for what makes real ale. If you want your beer to be served at a CAMRA beer festival you need to meet their definition of real ale. As Brewdog found to their cost in 2011

“During the course of the discussion we were able to satisfy CAMRA and Ralph Warrington, Chair of the wonderfully named ‘Technical Advisory Group’ that our draft beer does indeed contain 0.1 million living yeast cells per ml. Our kegged and bottled beers are only lightly filtered (around 5-7 micron), unpasteurized and the bulk of the carbonationisation comes from CO2 created during the initial fermentation which occurs under pressure.  Despite this, a subject of our attendance was that our beers were going to be tested by an onsite laboratory (I did not know they had one!) and if they did not meet the CAMRA definition of ale, they ‘would not be sold, then returned as ullage, not paid for and our bar cancelled’.”[2]

Remember, this rigid adherence to the rules is what kept real ale around in this country. But there is definitely a schism of sorts occurring.

The main issue is that real ale is served in casks while most craft beer is kegged. You don’t need to know why this is important (it fucking isn’t), but that is the heart of the issue. Some CAMRA members really dislike carbonated beer, and recently voted against a proposal that:

“CAMRA should “act as the voice and represent the interests of all pub-goers and beer, cider and perry drinkers”” [3]

This proposal would have effectively led to CAMRA representing craft beers, but it was not voted in. The vote required 75% approval from members, but only received 72%. That small margin may have irreparably harmed CAMRA going forward. Because make no mistake, the beer landscape is changing.

The Problem with Craft Beer (and why CAMRA is being difficult)

CAMRA was set up to protect cask ales from mass-produced commercial beer. On the surface craft beer is a natural antidote to that. Brewdog, Tiny Rebel, Five Points etc all produce amazing, cleverly brewed beers, and clearly care about their product.

However, none of this beer is cask ale. Also, the term craft beer is incredibly vague. Remember, it is primarily defined as beer made by small independent breweries. Is Brewdog a small brewery anymore? Absolutely not. It employs over 1,000 people, produces 220,000 hectolitres per year (or has the capacity to), and has phased out all cask ale. It also owns 82 bars worldwide.

Brewdog is not a craft brewery by most definitions.

It is a commercial brewery.

So should CAMRA help to promote Brewdog? It’s difficult for me to say. On the one hand, Brewdog provides amazing delicious beers. Association with Brewdog could be massive for CAMRA.

On the other hand, Brewdog doesn’t sell cask ales. It is a commercial brewery, and to be fair has been pretty dismissive of CAMRA over the years.

Tiny Rebel is a more interesting example, they do sell cask ales, but they are also a large brewery. They made their name at CAMRA beer festivals, and several of their beers fit within the CAMRA requirements, but the majority of Tiny Rebel beers would fall outside of it. Craft breweries that are similar to Tiny Rebel seem like a perfect compromise for CAMRA.

Whether CAMRA adapts to the changing state of beer in the UK or whether it digs its heels in could have a huge impact on the future of real ale in this country. We just have to hope they make the right decision.

I hope you have enjoyed my take on Craft beer and CAMRA. I love them both and personally I believe that a strong CAMRA can help craft beer and vice versa. It’s frustrating when two of your favourite things don’t get on! Please like, comment, and share this article if possible.

Previous Post Visible Six Pack? It’s not for you mate Next Post Himalayan Pink Salt is a Waste of Money: Here’s Why