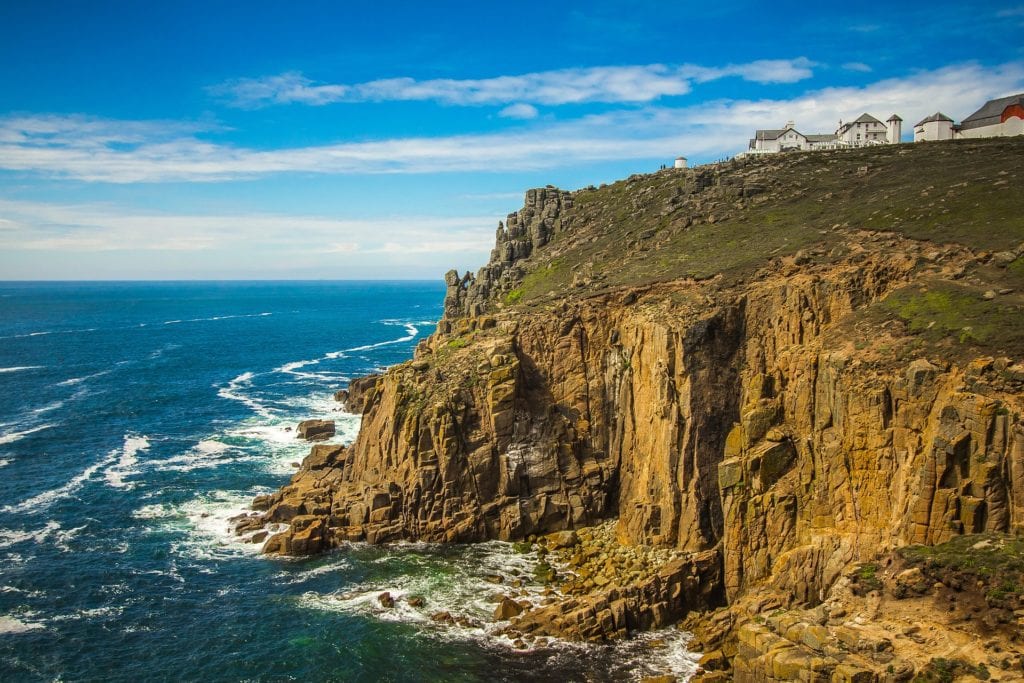 Hello, it’s me (in case you forgot who me is!). Well, where to start after a 2 week break?! I hope you didn’t miss me too much, but this blog will be jam packed with all the naughty things that I got up to! I’ve had an interesting couple of weeks of up and downs with my diet. Last week I was sunning it up in Cornwall.

Obviously being away meant that I wasn’t able to hit the gym as much as I would have liked. To compensate for this, I made sure to keep my step count up. We ended up pretty much having a walking holiday (which was a bit ridiculous considering I forgot to take my walking shoes with me and did the whole lot in trainers!)

Shout out to the first day where I got duped into walking 12 miles as the 6 mile walk we planned was not circular and so I needed to get back to the car somehow! That was an epic costal walk (which if you have done costal walking you will know it involves walking up and down steep hills – a lot!) my total step count that day was a mammoth 32,605 steps and this doesn’t even factor in to this week’s count as it was the day before the ‘reset’.  My overall step count last week was 88,224!

I relaxed my diet whilst away (because who diets on holiday?!). Had a cream tea for breakfast the first day (as that was literally all there was in the place and I am awesome!) Also had a couple of cakes on some of the days. Though I do have a bone to pick with the National Trust with regards to their cakes – a Victoria Sponge without buttercream? A lemon drizzle cake that was neither lemony nor drizzley?!?!…. But I digress ….

I weighed myself when I came back and there was actually little change, I guess all the walking counteracted the cake!

Back from Cornwall with a bang

This week I was half back to normal. My biggest failure was not completing my food diary (naughty naughty). Though I also didn’t go crazy with any snacking. The only real thing to report is the pizza I had on Wednesday … Umm and the cake at the leaving party on Thursday…don’t judge me!

The recipe I cooked this week actually involved cooking! It was an orange and lemon chicken quick dinner by Ken Hom. I followed it as described when buying the ingredients, then watched the accompanying video after, only to see him say that you could put chilli in if you wanted. Still I persisted with the recipe as printed and it sounded like it would be good, it looked like it would be good, but the actual taste was a bit disappointing! 🙁

It definitely needed some heat…So the next day when I reheated for round 2. I whacked some habañero flakes in there and it definitely wasn’t boring anymore! I think if I were to try again, it needs more of a sauce and a little less heat than I experimented with…

The macros for this week are (without rice – used a Tilda microwave packet with it):

My measurements this week are:

On the flip side, I managed 4 sessions in the gym. 2 cardio sessions (a cross train and a cycle) and 2 superset sessions with Matt. One of these was unusually for me a morning session, which was great at 5pm because I was done for the day! We both decided that the current programme has got a bit boring and so hopefully next week we will have a new plan to work by (Matt?) – more on this next week with any luck! My step count is nowhere near as impressive, but I have had 3 study days meaning I spent the day fixed to a computer…overall it was 45,894 (ahh that’s actually shocking and I am really pissed with myself that it has dropped so low!!).

Finally, I will just say a couple of weeks ago I found myself inadvertently in a dual training session with Matt and another of his clients. Despite my moaning (because it’s the only reason I train with Matt really; he puts up with my moaning!) I actually really enjoyed the change. I found myself working harder and quicker through the sets. It brought out the competitiveness in me (a bit like this… https://www.youtube.com/watch?v=hpQtIhLRrfI ). I think I won though – it was a competition right Matt? I’m always willing to have a rematch Ashley, as it was a welcome change from the normal routine!!

P.S. – Matt here, I did miss training Sam whilst she was in Cornwall. But it definitely helped that she brought back a genuine can of Cornwall IPA. Which I have a photo of in my latest blog post. I’m also sure that Ashley will deny getting beat by Sam during their dual session!