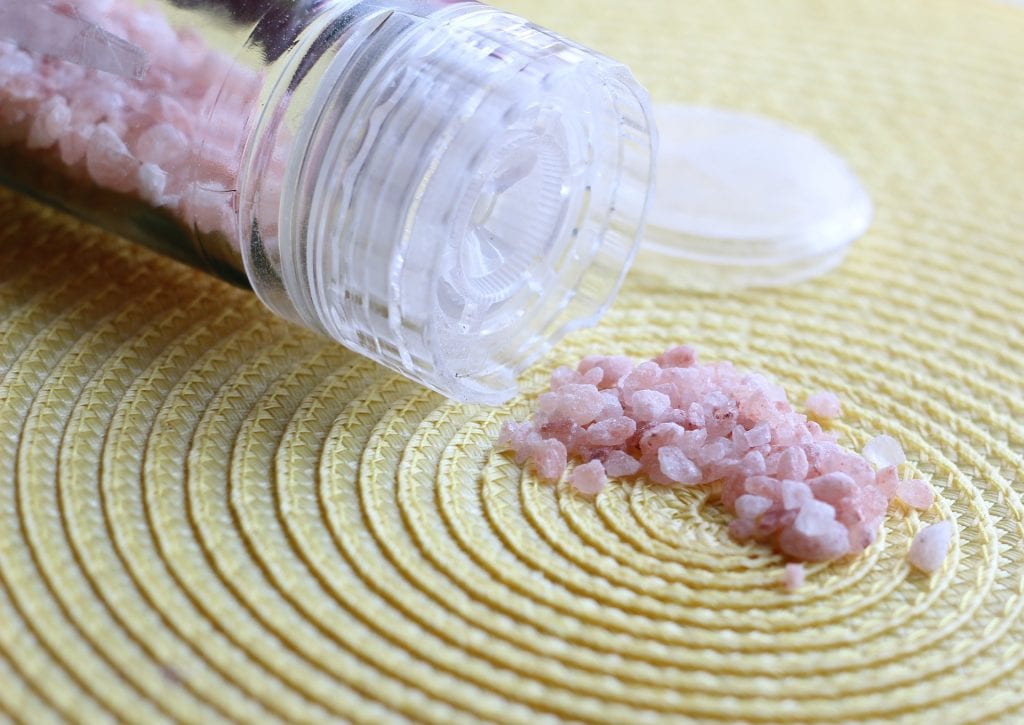 Himalayan Pink Salt is a Waste of Money: Here’s Why

We live in an age where every single nutritional fact we could ever ask for is just a couple of seconds Googling away, or at least that what should happen. Sadly, for every accurate piece of information there are five pieces of misinformation. Most of the time this is down to a lack of knowledge, but every once in a while, (and this is truer of the fitness world than ever) information is misrepresented so that it is easier to sell you shit. Himalayan Pink Salt is a perfect example of this.

Salt has had a bit of a bad rap over the past few decades, high blood pressure, heart disease, strokes etc … have all been linked to too much sodium in the diet. As always, everyone overreacted to this and for a time salt was banished from every meal. Then people realised that salt has many health benefits and the cycle went on and on.

Then a couple of years ago, some cretin decided that Himalayan Pink Salt was superior to regular salt, and now you can buy it for £7 from health food shops along with some Kombucha and other completely useless items.

As far as I can tell, the main reason why people associate Himalayan Pink Salt with health is because it is pink. That’s it. But if you are a pink salt lover then you are probably not convinced yet. Fair enough, let’s take a look at the science:

Incredible right? That 4% of trace minerals is nothing to get your hopes up about either. None of the minerals present are in high enough dosages to do anything. From a nutritional standpoint, there are no differences between the two. They would also taste identical because they are both salts.

But I’m not stopping there, I’m going to go further. Himalayan Pink Salt is actually less beneficial than table salt. This is because table salt has iodine added to it, while Himalayan Pink Salt does not. Iodine deficiency affects 2 billion people worldwide, so please don’t think of this as a minor point. Having a deficiency can lead to certain disabilities and thyroid issues.

Granted, the demographic who is buying Himalayan Pink Salt may not be at risk of iodine deficiency, but if we’re talking about which is better out of table salt or pink salt, table salt has a small advantage.

Hilariously, the colour of pink salt is caused by impurities in the salt [1], so if you are claiming that your fancy salt is purer then you could not be more wrong.

But let’s go back to those trace minerals because many companies talk about how important they are to health. According to Bad Science Debunked [2]: Himalayan Pink Salt contains trace elements of Arsenic. Now, I am not for one second implying that this makes it dangerous. It isn’t, because a trace amount of arsenic is way too small to be dangerous. However, that also proves that the trace elements in pink salt are useless.  You can’t have it both ways!

Why Do We Fall for This?

Before you start imagining me smugly standing from afar and laughing at anyone who has purchased pink salt, please believe me when I say that I fall for this shit as regularly as the next person.

The only difference is that after falling for it I check Google (just in case). Then I get a little embarrassed, before accepting that I’ve been tricked and changing my opinion. There will be people just like me reading this article. On the other hand, there will be people who read this and dig their heels in further. There is absolutely nothing that I can do for these people, if you are not prepared to accept that you may have been wrong then you will never change.

If someone can present me with a double-blind, peer-reviewed study from a respected Journal that shows me that Himalayan Pink Salt is healthier than regular salt then I will, of course, change my opinion. But I won’t be holding my breath ….

P.S. If you still want to purchase pink salt because it looks cool then absolutely go ahead. I can get behind that. Just don’t kid yourself that you are spending your hard-earned cash on some form of superfood.

P.P.S. Now that I’ve ruined Himalayan Pink Salt for you all, why not check out my article where I ruin six-packs for everyone?

Previous Post Craft Beer and CAMRA: A Match Made in Heaven? Next Post Scary Pubs in Britain and Why I Love Them