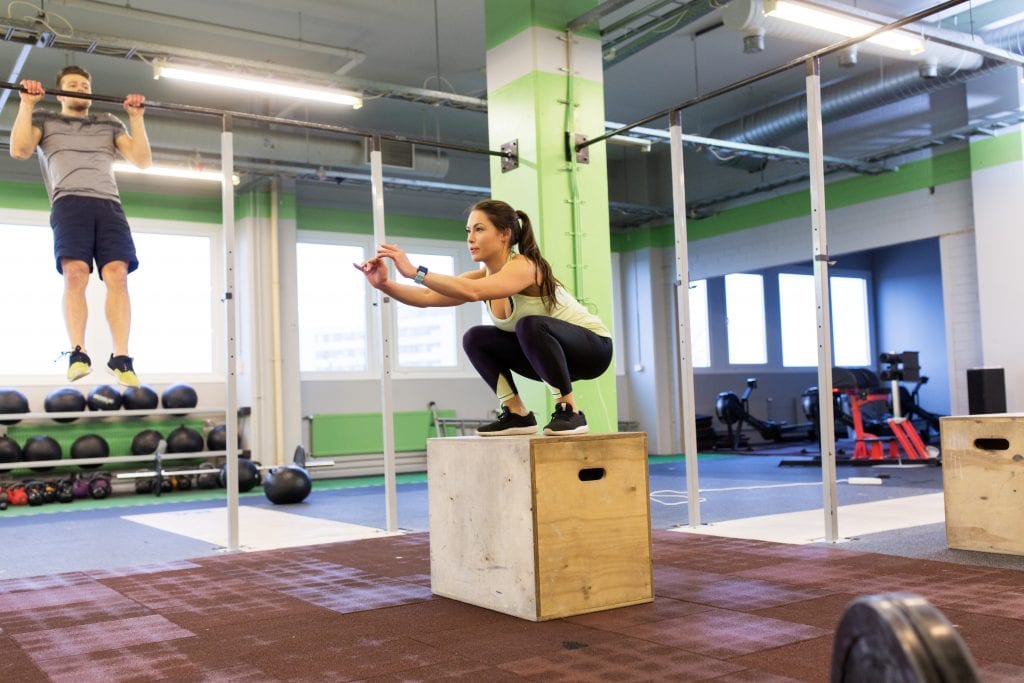 Plyometrics was first used by Soviet athletes in the 1980s. The term was coined by Fred Wilt, an American long-distance runner who had seen the athletes performing jumps and hops during their warm-ups. For the next 20 years, plyometrics was used by athletes to improve their explosive power, agility, and muscular strength.

Around the early 2000s, plyometrics somehow found its way into the gym, with many personal trainers and bootcamp coaches incorporating certain plyometric drills into their training. Today, you can see plyometrics being performed in bootcamps, CrossFit, regular gym sessions, and in HIIT classes by all manner of people.

I am here to tell you that this is fucking stupid!

Plyometrics is often called jump training, and this is probably a better name for it. According to Wikipedia Plyometrics means “increase measurement”, which is a fucking stupid name. Damn you, Fred Wilt!

I first came across plyometrics while I was studying Sports Science at University. We had a practical lesson where we were taught all about hopping, leaping, jumping, and bounding. If ever there were a time to insist on a refund on my student loans it was that lesson.

But amongst all this childish play, we were learning all about jump training and how/why it works. The idea behind plyometrics is to increase your explosive power and agility through explosive (and agile) movements. This makes a lot of sense for professional athletes.

There are two forms of plyometrics at the moment, one routed in Eastern Europe, while the other is more of a representation of the United States. A Cold War special!

The Russian plyometrics is more commonly called the Shock Method. This involves dropping down from a height, landing, and then performing a secondary movement. The idea would be to create an eccentric movement (landing from the drop) and immediately turning it into a concentric movement (jumping up again or jumping forward). There aren’t many exercises that qualify as shock method exercises.

American plyometrics is a lot more commonly used in gyms, in personal training sessions, and CrossFit. This form of plyometrics will still use the shock method exercises but also focuses more on agility. Hopping, leaping, bounding etc …

The idea of a box jump is to place a box in front of you, stand with feet shoulder-width apart, bend your knees, swing your arms, and jump onto the box. Ideally, landing with both feet at the same time. This should be done lightly, and “cat-like”. Then, you stand upright and slowly dismount the box. Because plyometrics is all about quality over quantity.

If you’ve performed a box jump correctly there should be almost no noise whatsoever.

But if you’ve ever seen box jumps in a HIIT class or CrossFit box you’ll probably have been able to hear it a mile off. This is because people treat box jumps like they are cardio exercise. Jumping on and off the box as fast as possible. Trying to use as high a box as possible for extra credit.

Imagine playing pool, but instead of carefully planning your shot and then caressing the white ball with your cue. You set the cue on fire and hit the ball as hard as you possibly can. You’re going to destroy the table, hurt yourself, and you have no chance of winning the game. That’s how I see box jumping for reps.

What is Plyometrics Good For?

Plyometrics is good for athletes who want to perform better in their chosen sport. Be it, premier league footballers, or amateur rugby players. If you play sport and are already in decent shape, then plyometrics can help improve your game. If you are looking to improve your squats, deadlifts, bench presses, or Olympic lifts, then a well planned out plyometrics program can also be of service.

What is Plyometrics Not Good For?

Plyometrics is not good for the following:

You may be under the impression that I am not a fan of plyometrics, I certainly want to see less of it in the gym! But that’s not the case. I like plyometrics, I love that it has got the respect it deserves in sports coaching.

However, I also respect the hell out of it.

I’m sick and tired of bad coaches throwing plyometrics at people who are not a good fit for it. You see the same thing with Olympic lifting. A highly specialised type of training, that will suit a small minority of people, being rolled-out and watered down for 49-year-old accountant Phil who just wants to look a little slimmer.

Do you want to crush it as a basketball player? Plyometrics is for you. Want to lose fat? Build some muscle? Then there are much better solutions out there.

Previous Post Can Beer Be Good For You? Unravelling the Science Next Post The Yellow Belly Saga: Four breweries and one beer