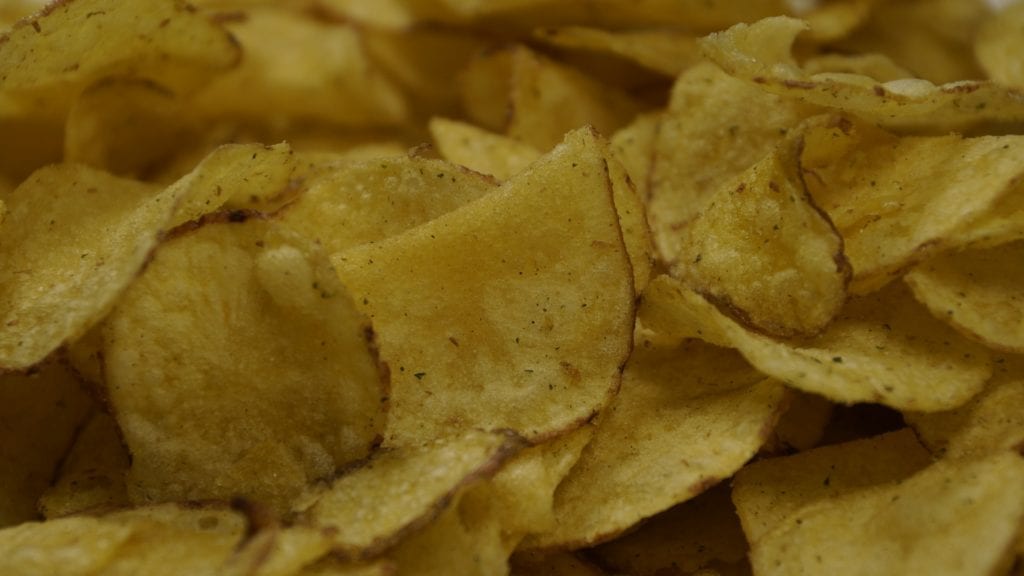 How to prevent those frustrating mid afternoon cravings 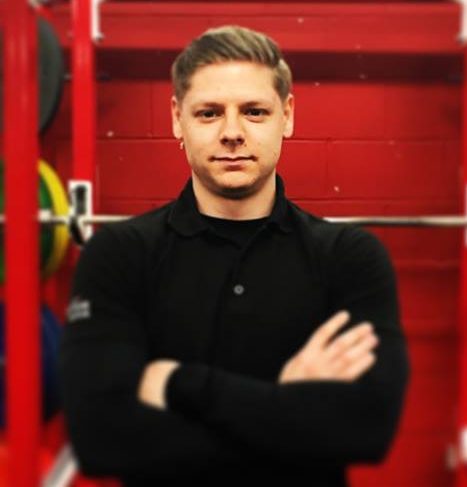 A guest post from a good friend of mine (and overall badass personal trainer) Daniel Harrod on how best to prevent mid-afternoon cravings. Dan is a personal trainer in Harrow Leisure Centre just like myself, and has got some absolutely stunning results for his clients. Check out his facebook page and website (but read the article first, it’s fucking brilliant!).

We’ve all been there. You’ve smashed through your twenty urgent work tasks in the morning. Wolfed down your lunch whilst avidly checking every social media app at lunchtime and are already thinking about your plans for the evening.

Then suddenly the clock strikes 3pm. You start to feel a bit sleepy; concentration starts to waver and you start sniffing around for any snacks you can get your hands on, to help you keep going until 5.30pm arrives.

The snacks and treats keep on coming, and before you know it you’ve downed more than you care to imagine. These few snacks here and there will soon add up over the week, however, and you’ll eventually end up tipping yourself over your calorie budget for the week. Not good news.

Often these frustrating mid-afternoon cravings can be gravely detrimental to any fat loss goals or desired physique changes. Whilst it may seem these nasty cravings are part and parcel of the worker’s life, let’s take a look at the potential reasons for their occurrence. As well as possible solutions to combat the all too common problem.

More often than not, the strong desire for that mid-afternoon snack has been fostered from a long succession of habits built up over time.

A habit develops due to a repeated behaviour occurring at a particular time. And ensues from something called a habit loop – a reminder, a routine and then a reward. Before long, this repetitive routine has created a craving for that supposed reward, ensuring it will be repeated time and time again.

Let’s look at an example: The clock strikes 3pm and your brain is reminded that you usually dip into your desk drawer for that mid-afternoon snack – there’s your reminder and routine. You may think the reward is gorging on that coveted snack, until you feel pretty guilty and realise it probably wasn’t the reward you were actually seeking.

In any case, this habit loop will occur time and time again due to the individual reminder, routine and reward.

How to Fix It

The routine is the behaviour you want to change. Getting up to the table where the doughnuts and cookies are? Reaching into your desk to grab a snack? Grabbing a high calorie coffee at the cafeteria?

Rewards satisfy those cravings, but often we’re not actually aware of the cravings that drive these behaviours.

Next time you experience your ‘reminder’, adjust your routine so it delivers a different reward. Go for a walk around the block, have a five minute chat with a colleague, or even change the type of snack you usually have.

The point is to test different hypotheses to determine which particular craving is driving your routine. Once you’ve experimented with a different reward, it’s important you write down how you are feeling. This will help ascertain any emotions or feelings you encountered once you had received your ‘reward’.

If you’re still feeling hungry after your snack, you probably weren’t craving that sugar boost. If you still want your mid-afternoon treat after chatting to colleagues, the need for human contact isn’t what’s driving your behaviour.

Conversely, if after going for a walk you’re not actually hungry and find it easier to get back to work, the reward is probably boredom and temporary distraction. Bingo.

It’s important we identify the reminder or cue that sets off the habit loop. All habitual cues fit into one of five categories – location, time, your emotional state, other people present and the immediately preceding action.

Every time the urge for your mid-afternoon snack hits, write down all the things that fit into the above categories. If something keeps on cropping up (the time of 3pm for example) you know that this is the reminder or trigger that will set your habit loop off.

Once you’ve figured out the habit loop – the reminder, the routine and the reward. You can begin to shift your behaviour. You can adjust to an improved routine by planning ahead for the reminder and choosing a behaviour that delivers the reward you’re actually craving.

Whilst this isn’t a biochemistry lesson, it’s important to know there are two central biochemical events related to those frustrating mid-afternoon cravings.

The first, the release of dopamine, is responsible for our feeling of ‘desire’ and overflows the brain when pursuing and finding pleasure. The second, the release of stress hormones, instigates the feeling of anxiety that drives you to take action and search for the snack you supposedly crave.

When that mid-afternoon craving hits, you will feel a sense of want (dopamine) accompanied by a feeling of unease (stress hormones). And while you really do want to stick to those goals you’ve set yourself, those troublesome stress hormones literally block the self-control centres of your brain.

Individuals with low dopamine signalling usually find themselves with lower energy levels and poor focus. They therefore will seek food (sugars from chocolate etc.) and stimulants (coffee etc.) to help satisfy these cravings. Unfortunately these longings are short lived. Which lowers dopamine signalling further and leads to that vicious cycle of overpowering and constant cravings.

How To Fix It

Improving the effectiveness and release of these hormones in the brain will pay dividends when it comes to controlling those cravings. 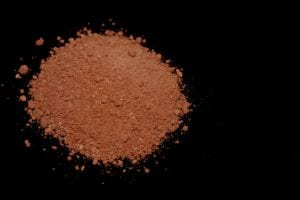 Cocoa powder, for example, is a great asset in raising dopamine and producing that ‘pleasure’ as well as simultaneously lowering those stress hormones. It will furthermore assist in boosting serotonin levels, a neurotransmitter most people are deficient in, in delivering those ‘feel good’ chemicals.

Try mixing one tablespoon of unsweetened raw organic cocoa powder with hot water (add a pinch of cinnamon for added taste) to prevent the thought of that mid-afternoon treat.

To further improve the hormones and neurotransmitters that, when imbalanced, can cause those nasty cravings, it may be worth focusing your lunchtime meal around consuming adequate protein from meats and fish. As well incorporating healthy fats like fish oil, egg yolks, olives and avocados.

In addition, eating foods like turkey, chicken, broccoli and brown rice may also be advantageous in helping to stave off those mid-afternoon cravings. All these types of food will help restore balance in the brain. And will help willpower to be on your side, instead of against you.

It’s All About Trigger and Buffer Foods

Often, consuming certain foods throughout the day can cause detrimental effects and can ‘trigger’ that desire for cravings later in the afternoon. Conversely, consuming other foods can help to stave off cravings and ‘buffer’ the desire for those treats.

It is important to remember that one particular food may be a ‘trigger’ for someone, but then be a ‘buffer’ for someone else. If only it was easy.

Things like artificial sweeteners (foods such as baked goods, fruit juices, yoghurts and other ‘sugar-free’ advertised foods) are prominent trigger foods. And in some people will lead to increased cravings.

Additionally, the combination of fatty and starchy/sugary foods can adjust brain signals in a way that will disturb the ability to control calorie intake and will in turn lead to the desire for more of those foods later on.

Some carbohydrates are also highly detrimental when it comes to causing these triggers for cravings. The typical workers lunch of a sandwich, a packet of crisps and a fizzy beverage may seem like a great idea with the initial burst of energy it provides, but due to the havoc it plays with your blood sugar levels, it will barely provide enough energy to last a couple of hours, let alone the whole day.

How To Fix cravings

To work out your own personal trigger and buffer foods you’re going to have to get your detective hat on, due to the metabolic differences we all possess.

Whenever you develop those mid-afternoon cravings, write down what you ate in the previous couple of meals and notice any emerging patterns. Were there any prominent artificial sweeteners or the combination of fats and starches? Were there noticeable things like fruit, nut butters or foods with a high variety of flavour in them?

It is then important to work out what buffer foods work for you. Foods that essentially balance your metabolism and work for you individually. As opposed to the negative effects of those triggers foods.

Some people may in fact favour the use of artificial sweeteners as a buffer food as they won’t necessarily obtain those cravings later on. Other buffer foods could include nuts/seeds, high fat foods, cheese, salty fatty meats or a whey protein shake.

It is worth noting that buffer foods can be useful in small amounts, but when consumed in large quantities may be a problem.

Focusing your lunch around high quality protein sources (e.g. meat, fish, eggs etc.) will also help to block the production of sleep-inducing serotonin. Including a portion of carbohydrates with a high fibre content (broccoli, spinach, quinoa, legumes) will also ensure your energy levels are topped up throughout the afternoon.

It appears there are many possible reasons for those nasty mid-afternoon cravings. As we all possess metabolic and behavioural differences, it’s up to you to decipher and resolve what works and doesn’t work for you.

It’s not easy, but getting rid of those mid-afternoon cravings can be done!