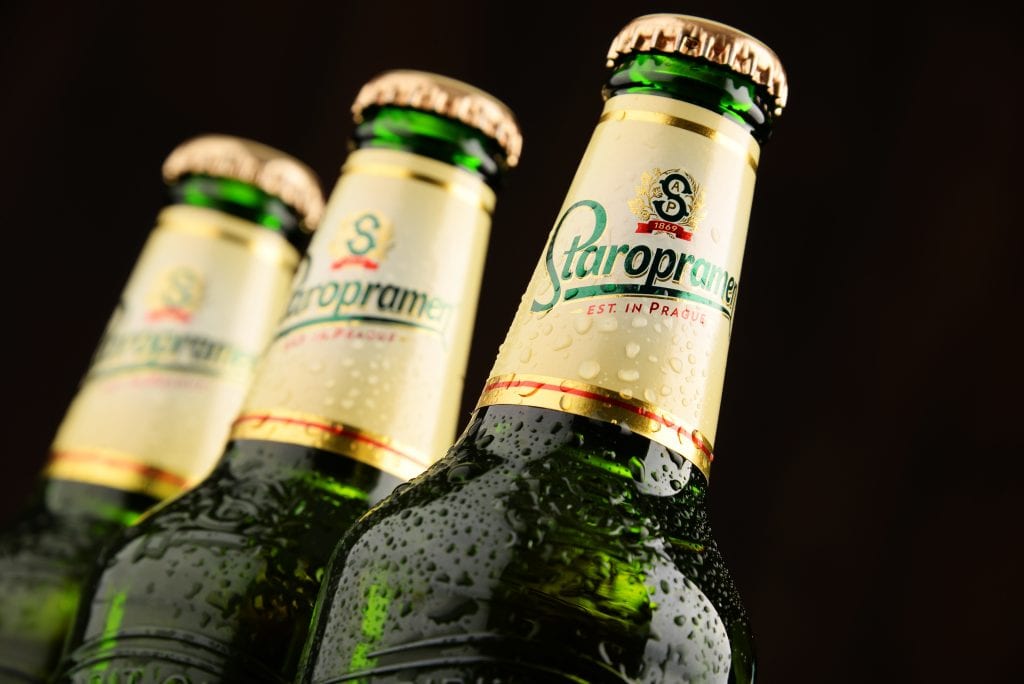 Staropramen Fact File: Everything You Wanted to Know

Staropramen is a Czech Pilsner and is considered by many to be one of the best pilsners in the world. But how many calories are there in Staropramen? How strong is it? Is Staropramen gluten-free? Or vegan? What beer is similar to Staropramen? Let’s find out.

There are 233 calories in a pint of Staropramen (568ml). It is 5% abv. Due to Staropramen containing barley and having traces of wheat, it cannot be gluten-free. Staropramen is considered vegan as it does not use isinglass finings to clarify the beer.

In this article, I will attempt to fully answer all of the questions raised above. I will also talk about some beers that are (in my opinion) good substitutes for Staropramen if you fancy a change.

How many calories are there in Staropramen?

Finding the correct calorie contents of Staropramen is difficult, as neither the website nor the Miller-Coors website contains that information. However, there are numerous calorie-counting websites that all estimate the same calorie number which is 41 calories per 100ml.

Of course, they may all be equally wrong, but until Staropramen pull their finger out and update their website, it’s the best we’ve got.

How Much Alcohol is There in Staropramen?

Staropramen is 5% abv, which is pretty average for a pilsner.

Staropramen is brewed with malted barley and may contain traces of wheat. Both of these are sources of gluten, so Staropramen cannot be gluten-free.

Like most pilsners, Staropramen is vegan-friendly. This is because it doesn’t use isinglass finings to clarify the beer. To learn more about isinglass and how it affects veganism and beer, check out my article on the subject here.

What Beer is Similar to Staropramen?

Staropramen is a 150-year-old Czech pilsner, the Czechs are seen by many to be the best pilsner brewers in the world (with only Germany giving good competition). So if you want something similar to Staropramen it would make sense to start here.

Budvar, the original Budweiser, is a great beer to start. Then you’ve got Pilsner Urquell, the oldest pilsner in the world. Praha is another Czech pilsner, as is Kozel.

You’ve also got German pilsners, which are slightly different in taste and character, but equally good. Flensburger, Veltins (my favourite), Bitburger, Holstein pils, Beck’s, and Rothaus are all fantastic examples of German pilsners. Check out my article on beer in Germany to learn more.

There are also Polish beers, that share a lot of similarities with their more illustrious neighbours, but get none of the fanfare. Check out my article on Polish beers to discover some superb pilsners and possibly change your mind about Tyskie.

Pilsner is the most common beer style in the world, so you can look at any country to see some good pilsner alternatives. Denmark as Carlsberg, Tuborg, and Faxe. Italy has Nastro Azzuro and Birra Moretti. Spain has San Miguel, Cruz Campo, and Estrella.

There are a lot of good pilsner alternatives out there. Personally, I’m happy sticking with Czech and German pilsners. In my opinion, the originals just can’t be beaten. Though many beers do come close. The fun part is searching for new challengers.