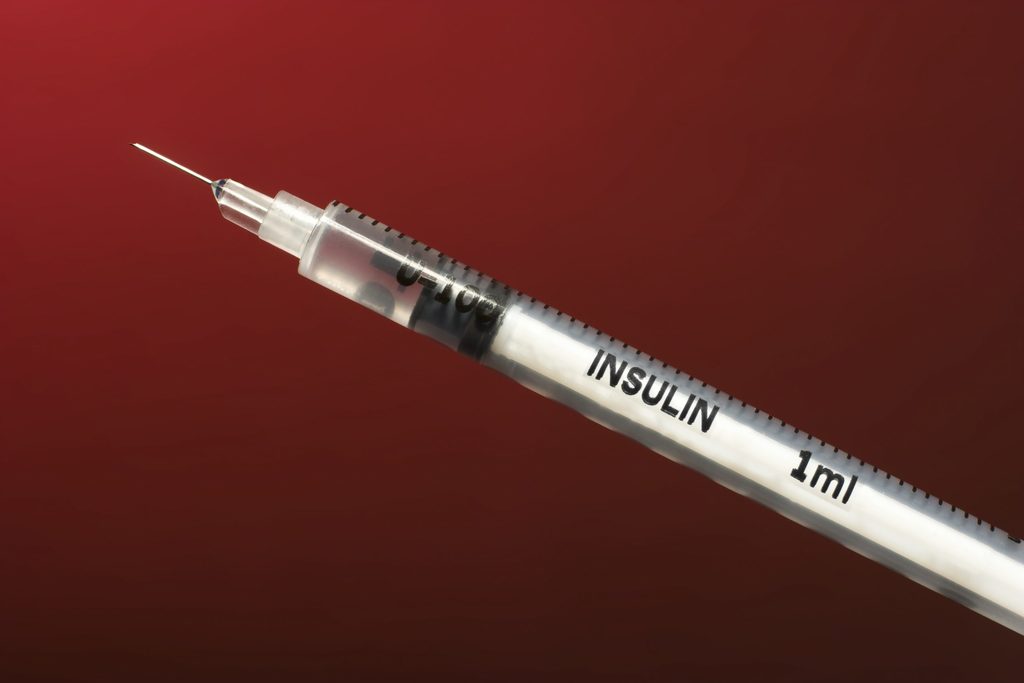 Why Do Bodybuilders Inject Insulin?

Pharmaceutical insulin is a peptide hormone that is used by diabetics to help them lower blood sugar. But in recent times many bodybuilders have taken to using insulin to help them train. Why do bodybuilders inject insulin?

Bodybuilders inject insulin because it plays an important role in muscle protein synthesis. Insulin is anabolic and can increase glycogen production, which fuels workouts and allows bodybuilders to train for longer. Insulin can also help to prevent muscle breakdown. Bodybuilders who take HGH may also need insulin as HGH can cause insulin resistance. Insulin has a synergistic relationship with anabolic steroids.

This article will take an in-depth look at the use of insulin by bodybuilders, the potential benefits, and the dangers involved.

Why Do Bodybuilders Inject Insulin?

Bodybuilding is an extreme sport, it will therefore attract people who are risk-takers by nature. Anyone who is willing to take anabolic steroids is clearly going to be pushing that risk/reward ratio to the limit. Insulin offers a lot of benefits, so much so that not taking insulin could be seen by some bodybuilders as a risk to their chances of success!

Insulin works incredibly well with anabolic steroids. Bodybuilders take steroids to allow them to train for longer and get better results. But you can only train for as long as your glycogen reserves last. Taking insulin can help to increase glycogen production.

This means that bodybuilders have enough glycogen to train for longer and see more muscle protein synthesis. Allowing them to build more size and strength than they would with anabolic steroids alone.

It is important to note that regular people would see very little benefit from insulin use, and the risks would outweigh the rewards ten-fold.

There are three reasons why a bodybuilder may take insulin without a prescription:

The first two reasons can be combined into one, the desire to train harder and get better results. The third reason is quite complicated, so please bear with me. Bodybuilders take HGH (Human Growth Hormone) immediately post-workout, as this provides optimal results.

However, taking HGH can lead to a 5 hour period of insulin resistance, which can be detrimental to protein synthesis. So bodybuilders often take HGH in conjunction with insulin, immediately after a workout.

When you look at it like that, it feels as if bodybuilders need to take insulin to mitigate the effects of other drugs that they are taking. I’m not trying to climb up on my soapbox here, but you can certainly see how the decision to take steroids and/or HGH can lead to a rollercoaster lifestyle.

It is often pointed out that if an untrained person took anabolic steroids and didn’t do any exercise then they could still expect to see increased muscle mass over a 12 week period. The same cannot be said of insulin. Taking insulin on its own and not exercising will not lead to increased muscle.

Nor is the injection of insulin required to build muscle under normal circumstances, unless you are diabetic your body will produce enough insulin for muscle protein synthesis.

But strategically using insulin in combination with anabolic steroids and/or HGH can lead to an increase in muscle building that would be hard to replicate without insulin. Insulin plays an important role in muscle growth, so it stands to reason that increased insulin combined with increased exercise can help to build muscle.

The following conditions need to be met for insulin to be effective at increasing muscle growth:

What Happens if You Take Insulin and are not a Diabetic?

You die. Okay, that may be a little melodramatic, but it really is highly dangerous. A 2003 case report by PJ Evans and RM Lynch tells the harrowing tale of a young bodybuilder in the UK who had fallen into a coma after using fast-acting insulin.

The most common issue is very low blood sugar. Remember, the role of insulin in the body is to lower blood sugar, diabetics take insulin to help them deal with high blood sugar after a meal. If you are a bodybuilder and your insulin production is normal, then you run the risk of reducing your low blood sugar even further and suffering from hypoglycaemia.

This is why bodybuilders ensure that they have a fast-acting carbohydrate source near them when taking insulin. However, as the 2003 study above shows, there are different types of insulin and it is easy to mess things up. The consequences can be deadly.

Is Insulin Good for Bodybuilding?

It’s a tough question to answer. From one perspective, insulin is good for bodybuilding. It makes it easier for bodybuilders to pack on more muscle. However, it is incredibly dangerous and can lead to death. It’s a bit like anabolic steroids, in that they are certainly useful for achieving a good physique, but the dangers associated with their use cannot be ignored.

Can insulin be taken safely by bodybuilders? Sort of. There are certainly bodybuilders who use it regularly with little issue, but as we’ve seen, mistakes can happen when amateurs play around with pharmaceuticals.

Insulin is a common pharmaceutical used by bodybuilders. It is completely untraceable in drug tests, provides numerous muscle-building benefits, and many bodybuilders believe that they can take it safely without experiencing any side effects.

But the reality is that one mistake could lead to a bodybuilder falling into a coma or even death. The risk/reward ratio is (in my opinion) not worth it, but I can understand why bodybuilders use it.

If you are thinking of experimenting then I would advise you to reconsider. Arnold Schwarzenegger fashioned one of the greatest physiques of all time without the use of insulin, so what makes you think that you need to? If you want to learn more about the world of drug testing in bodybuilding, check out my article on drug testing at Mr Olympia.