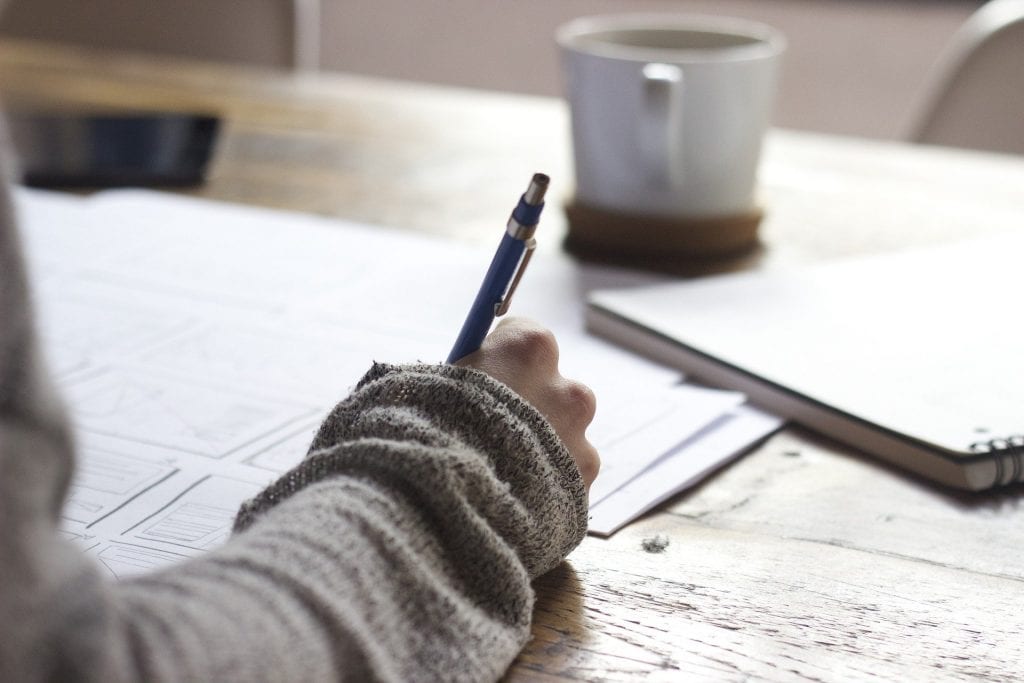 Write More Now: Everyone Has a Story in Them

Yes you, the person reading this article. You need to write more. I started personal training in 2010, and if I am being completely honest the thing that I was most excited about was having my own website (closely followed by having my own business cards). Was this a sign of vanity? Probably, but then most people get into personal training for vain reasons, that isn’t in itself a bad thing.

To explain why YOU should write more, I will first explain what writing has done for me. If you aren’t interested (and I genuinely can’t understand why anybody would be) then skip the next section.

All humans are vain, and anybody who tells you different doesn’t realise that their vanity is based around their own perceived lack of vanity (drink three pints and that sentence may start to make sense to you).

Don’t get me wrong, I wanted to be a personal trainer because I had spent years at college and university studying for it and had done the hard graft as a fitness instructor too. I loved training people, but having my own website was certainly front and centre.

I’m a fairly introverted person, no scratch that I am the fucking archetypal introvert. I have carefully orchestrated my life to avoid people as much as possible. I work from home, I rarely answer the phone, my partner has Asperger’s which means she can’t stand busy, crowded places, I am living my best life!

Even though I am very introverted I have always had a desire to be noticed.

Not to be famous, that would be a fucking nightmare. But for someone to go “Hey Matt, good job with [insert random thing here]”. Personal training was an insane step for an introverted person to take, it is one of the most extroverted jobs you could possibly imagine.

Talking to strangers, yelling out instructions, calling clients, setting up bootcamps, walking up to strangers and telling them that you’re a personal trainer … I don’t know how I fucking managed it. But I did it, for seven years. Probably the best thing I’ve ever made myself do.

Anyway, back to that being noticed thing. I created my first website in 2011, using some pretty cool photos that my mate Ralph took (again, a photoshoot is a fucking nightmare for an introvert). Then I started writing. Article after article. Every time I had a difficult day in the gym, and at first that was every day. I would procrastinate and avoid talking to potential clients by writing articles.

Getting Myself to Write More

Suddenly I started getting the attention I had always wanted. People liked my articles. I have read them back recently and they are fucking brutal to be honest, all over the place, simple comedy, and bad science. But they gave me an opportunity to say things that I never got the chance to in real life.

As my personal training career finally sputtered into existence, my writing waned. If you are using a creative outlet as a way to put off doing work that scares you, and then you start to enjoy that work the creative outlet is always going to take a back seat.

I moved gyms to Harrow, no longer was I competing with 18 personal trainers in one of the busiest gyms in the country, I had one other PT to compete with. No longer was I busting a nut to pay £1k in gym rent every month, I was now paying £200. I began to pick up client after client, and soon enough I had enough clients to survive, and then enough clients to start enjoying life.

But I still had that desire to write, I still wanted to express myself, be raw, get my opinion out there (I wanted to show off to be honest). So, I pitched an article to a website. They liked it and published it on their website, you can still read it now. The website in question was called Watchfit and I ended up writing 21 articles for them. For FREE

They would choose the titles and then let me write whatever I wanted. I think that they used to get a bit irritated as I would often take the title and throw it back in their faces.

One article was titled “Teatox Diet – will it do you any good?”

I fucking went to town. Absolutely destroyed every aspect of detox dieting. To this day it is probably my favourite article. I remember my heart beating twice as fast as usual when it was published. This was the first time I was truly exposing my personality to the internet. Never something you should do without first being sure you want to deal with the consequences.

The article was read by a lot of people; 22,987 to be precise (Watchfit provides me with the stats for each article). It led to a phone interview with a girl who was doing her dissertation, and I really enjoyed the whole experience.

Telling Watchfit to Piss Off

After my 21st article Watchfit informed me that they would be changing their pay structure. As I had written a load of good articles for them I was quite excited. Until they informed me that I would have to pay them to write articles.

That was a slap in the face to be honest. Nothing will destroy your confidence more than a company trying to charge YOU to continue providing a service for THEM.

I never wrote another fucking word for them, they still get exposure from my work though, so I guess they won that round. Still, I had now realised that writing was for me.

Work was getting harder, I hate people who complain about extenuating circumstances when their businesses aren’t going well. But I’ll lay out the facts, I joined Harrow Gym in 2012. My rent was £200 and there was one other PT. By 2017 my rent was almost £700 and there were seven other trainers. I could have survived, and my fellow PT Dan Harrod was thriving in the exact same situation, but Dan is a harder working trainer than I ever was!

As competition for clients increased, and rent rose, I started to look outside of the gym for more money. Suddenly it became clear. I should write for money. I started out charging absolute peanuts for articles, built up a client base, and slowly increased my rates. It was a great way to supplement my PT income.

In Jan 2017 I decided to make the biggest step of my career, I turned my back on personal training. I didn’t give it up completely, I trained a few people online, and in the next few months I will be focusing a lot more on building my online coaching base back up. But my time as an in-person personal trainer was at an end.

I now make my living from writing, which is crazy considering I’ve had zero training. Literally haven’t had an English lesson since Year 11. People have paid me to write books for them, sure they’re only eBooks, but a book is a book, and I am in no way qualified to be doing that.

Why You Need to Write More

Writing is one of the most accessible forms of self-expression there is. All you need is a pen and paper, or Microsoft Word, or the notes section on your iPhone. Not only can you put out your unfiltered opinion onto that page, but you can actually re-examine your opinion, decide whether you actually agree with what you have said, and then erase it or edit it, or stand by it.

I would absolutely love to be a musician, listening to a really well-written song creates a fire in me that little else can create. But I can’t sing. I could go to singing lessons for the rest of my life, and never be able to sing good enough for people to pay to listen.

But I can write words down onto a page and people will read them. This is not because I am an especially gifted writer. I have won no awards, received no qualifications, and I have not published a great work of fiction. I am not a poet, nor am I a satirist, I make my money writing about fitness and nutrition (and now beer).

If I have become a decent writer then that is only through practice. Something that anyone reading this has access to. All I can say is try it out. Open up a word document and start writing down the idea that you have in your head (because everyone has at least one idea for an article in their head).

You might be scared that nobody will read your work, and I understand that. But I’ve learned something over the years. It doesn’t really matter. Not at first anyway. This article is for you, it is a way for you to tell your story. You can make as many mistakes as you want, you can place commas anywhere you want (seriously, look how many I’ve thrown in here), and it doesn’t matter.

The Joy of Writing 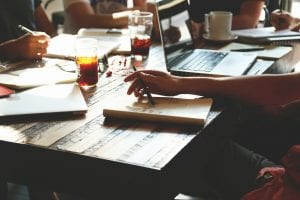 Want to make a career from your writing? That’s possible to. Much more possible than you realise. Sure, it helps if you have a specialist subject to write about (and I was fucking lucky that fitness and nutrition is MASSIVE on the internet), but there will be a market for it.

Worried that you aren’t a good writer? Well if you are reading this article you already have an advantage over 96% of your competition!

For some reason, English is the number one language on the internet. Your ability to write in English will always help you stand out compared to people who have to write English as a second or third language. Even if you can’t spell for shit, you’ll understand the syntax of a sentence better than anyone who hasn’t grown up with English as their first language.

So get out there. Write movie reviews, write political rants, write about what you ate for fucking breakfast, post your articles in the comments section. I’ll fucking read them, and I BET that I’ll love them. Do it for yourself, do it for your (future) adoring audience, what’s the worst that can happen?