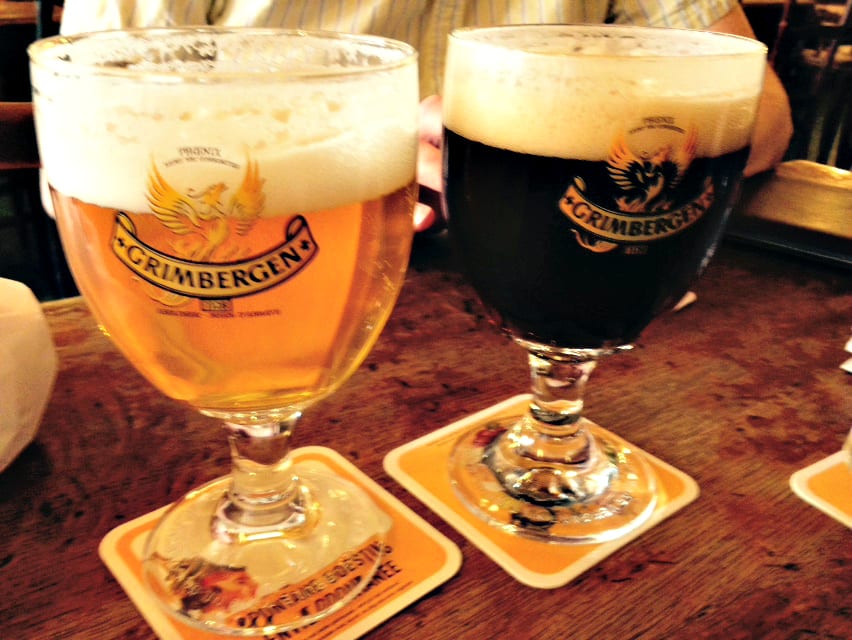 This is the first ever beer n biceps podcast created by myself and my good friend (and ex-client) Todd. Hopefully this will be the first of many weekly podcasts between the two of us, walking you through how we both approach training and leading a healthy lifestyle. You can listen to it here:

Matt: I’m a fitness and nutrition freelance writer, you can read my work here, here, and here. I mostly do ghostwriting jobs though, so am largely un-credited (means I get to pay rent though so I’m happy). I have a degree in Sports Science from London Metropolitan University, and have been a personal trainer for 7 years (until I quit in February to focus on my budding writing career). Myself and Todd run the Beer N Biceps facebook group, and train clients online through my online coaching program. I also LOVE beer and have written about it on many occasions. I once trained Todd for a Men’s Health Transformation Competition (we didn’t win) and that is why I started the Beer N Biceps Podcast with him. 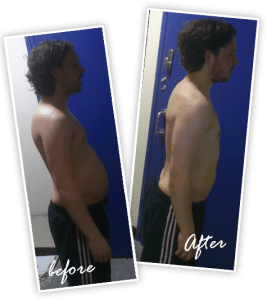 Todd’s before and after photos from a 12 week transformation

Todd: Works in Finance and is getting married (at some point in the future) to the beautiful Charlotte. He has no background in fitness, however he was the subject of a pretty incredible 12 week transformation that we did together in 2012. During this process he went from a 25%+ body fat level, to around 15% (these are complete guesses based on memory), he also learned how to deadlift, squat, bench press, and many other exercises. He completely changed his diet, and as a result looked terrific.

Since then he has slowly returned to his former size – due to one of the mistakes in my training which we will be discussing throughout this podcast. Over the next few weeks we will be putting Todd through his paces and allowing you to follow him as he improves his fitness and drops some body fat. Todd is also a huge lover of beer, and the goal of the Beer N Biceps podcast is to show you that it is possible to live a healthy and fit life while still drinking good beer and leading a normal life.

What are the goals of the Beer N Biceps Podcast?

There are a couple of reasons why we wanted to do this podcast, mostly vain ones (obviously). We feel that there are a lot of fitness podcasts out there that are produced by fitness experts (or at least people who believe themselves to be experts), and quite a few podcasts/ blogs/ YouTube vlogs that are created by amateurs. But how many of these things combine both fitness professionals and the man on the street? Hopefully none!

We want to promote the middle ground between those who don’t bother with fitness or nutrition, and those who feel that anything less than a six pack is a failure. There must be people out there who would like to look good, wear 30 inch waist jeans, and enjoy a bottle of beer or three on a Friday night?

Our final goal is an odd one for a nominally fitness-based podcast, we want to celebrate beer. We’ll be drinking a different beer each podcast, and promoting the lesser-known beers available. For instance this week we were drinking TEA by Hogs Back Brewery. The brewery is based in Surrey (Tongham) and has been around since 1992. TEA (Traditional English Ale) was their first ever beer and they now have a range of 4-5 beers available.

Todd picked this week’s beer, and was clearly a fan. He talks about his trip to the brewery, and mentions how good the tour is. Personally I found it a decent hoppy bitter, pretty decent. Could have been colder but that was our issue rather than anything to do with the beer itself. Incidentally, while we would say we know quite a bit about beers, don’t expect any serious tasting notes from us. We will rate our beers “good” or “shit”, and it is completely based on our own preferences. It’s all about showcasing each other (and our listeners) beers that we enjoy*. 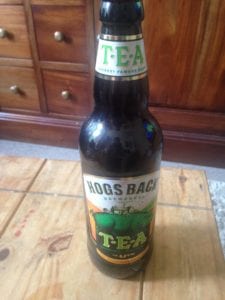 In the next podcast we will be looking at goal setting, and how to set targets that you can actually hit. We will also discuss a brand new beer (it’s my turn to pick and I have no idea what to go for). Remember we would absolutely LOVE your comments and critiques below. Also, if you have any questions then write them down and we will address them in next week’s podcast.

*It also helps us to fight any nerves about talking on a podcast!

It pains me to say I actually really enjoyed this podcast – you should definitely advertise it more (on FB and the like)
My question is…why did you betray me?
Good job guys!

Thanks for the comment, we really appreciate it. Yeah we’ll be advertising this properly once the itunes link is working properly. Apologies for the betrayal! As your name is anonymous on this I don’t know who you are, but I can assure you that it was all Todd’s fault

Was going to say, link wasn’t working. Haven’t managed to listen to all as I’m just shattered from a day of driving. Will finish listening tomorrow! Really enjoy it though!