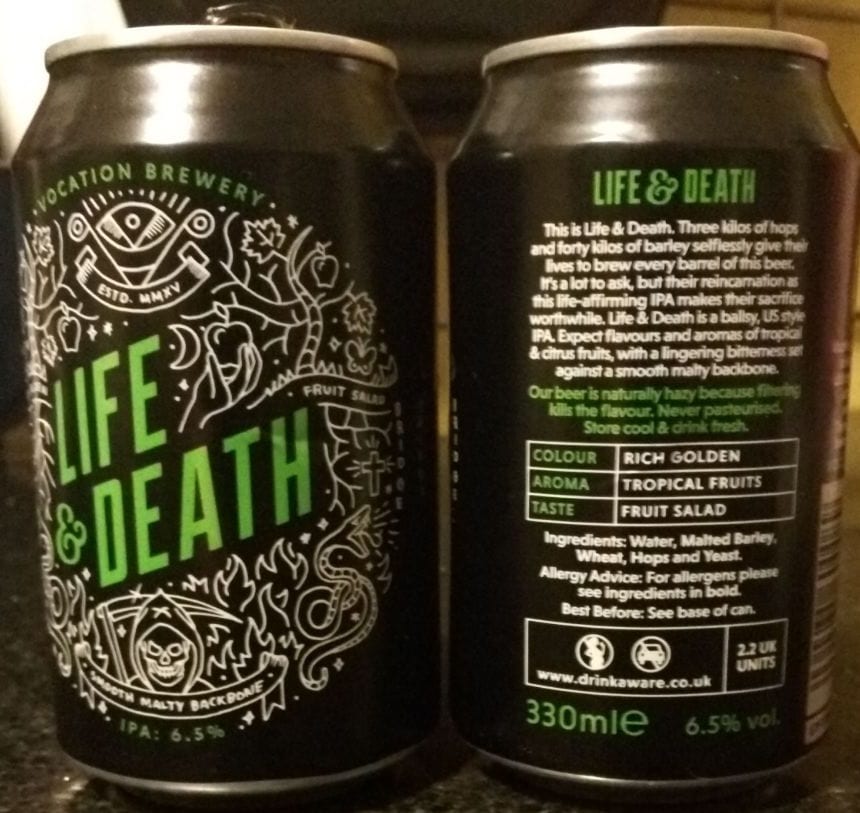 Another episode of Beer N Biceps is up, and this time we’re talking about Delayed Onset Muscle Soreness – otherwise known as DOMS. This is the awful pain that you feel the day after a workout, we will be discussing what it is, why it is there, and what you can do to alleviate the symptoms. We also answer some fitness questions on Carbohydrates and Dr Doom (long story), and review a beer called Life & Death from Vocation Brewery.

I think the best description that I have seen for DOMS is: It’s like a hangover for your muscles. You train on a Monday, feel fine afterwards – maybe a bit tired, but then the next day your muscles are so painful that walking becomes a challenge. You can’t sit down or stand up properly, you can’t put a coat on … You get the idea. It can be very painful, and a major discomfort, but you’ll get through it, and once you have been training a couple weeks you’ll barely get any.

What DOMS is, is inflammation of the muscles. When you work out you are breaking down muscle fibres, and doing so can cause muscle damage. This sounds bad but it’s actually necessary for rebuilding muscle fibres so you can be stronger or have bigger muscles. DOMS is just your body reacting to the shock you’ve put it through. Contrary to what you’ve heard, there aren’t really any ways to get rid of DOMS, but you can alleviate the symptoms slightly.

The first “cure” that people mention are foam rollers, but in reality they don’t seem to have any effect on it. However, they have been shown to slightly reduce fatigue in the muscles after a workout [1] so you can see where people get confused. Foam rolling will not prevent DOMS but may remove some fatigue, so worth giving it a go. Drinking caffeine regularly for the 4-6 days after an intense workout seems to reduce pain and stiffness in the muscles, though this will probably only work for people who don’t habitually consume coffee (and therefore have a lower tolerance) [2].

You could also give Yoga a try, a light form of exercise that will help send blood and nutrients to the muscles, while also relaxing you. If your DOMS are particularly bad then this might be quite difficult to manage though. Then there’s the usual advice of get more sleep, eat more protein, and try walking some more. DOMS is a necessary part of fitness, but you should only have to deal with it for a couple of weeks. If you are getting it after every session and you’ve been training a while then you’re either training too hard (yes that is possible), or your recovery strategies are in need of improvement.

The first question we got was regarding carbohydrates, and whether you should remove them completely from your diet if you want to lose weight. As you can probably guess, no extreme dieting technique ever works long term. My advice would be to analyse your diet using a calorie/macro tracking app such as myfitnesspal, see what your carb total per day actually is, for some people it is very possible that their carb intake is too high, in which case lowering carbs would be a great idea. But don’t think of carbohydrates as some demon food that leads to weight gain, a gram of carbohydrates is 4 calories, while a gram of fat is 9 calories, so it’s not even the most calorie dense macronutrient!

This topic is basically an entire article (probably two or three) on its own, so I’ll leave it there and move onto question number two which was “Would you ever trust a man who’s name was Dr Victor Von Doom?”. A great question and one that divided Todd and myself immediately. I am of the opinion that no man should be judged by his name, and that doing so is against the law, whereas Todd seems to be of the opinion that in the case of someone literally named “Dr Doom” exceptions should be made. I’ve had a quick look up on wikipedia and it may be possible that Todd was right here. Boy is my face red!

This week’s beer was chosen by my girlfriend Lucy while in Asda. The design of the can is pretty magnificent, which is almost certainly why she chose it (she’s not a great beer fan). I used to be of the opinion that the greater the label art, the poorer the beer. But I’ve been proven wrong so many times now that I can no longer claim that. Life & Death is a very nice tasting beer, on the can it describes the taste as Fruit Salad, and I could totally see that, but with a hoppy aftertaste.

The brewery is in Hebden Bridge, Yorkshire and they also run a pub there (which I wouldn’t mind trying out – once I find out where this magical place called Yorkshire is). I’d definitely recommend this to any craft beer lovers. The beer itself is quite strong, coming in at 6.5% so I wouldn’t recommend it as a session beer – unless your sessions are fucking hardcore! I’ll definitely be looking out for some of their other beers in the future.

In our next episode we will be talking about diets, what works, and what doesn’t work. This was slightly covered in this week’s podcast – but we’ll be going into even more detail, and hopefully I won’t be ranting for too long! I have no idea what beer we’ll be drinking because it’s Todd’s turn to choose, and he is impossible to predict! In the mean time come check out our instagram page, our twitter, our facebook group (which is the best thing ever if you like beer and fitness memes), or just send us a letter …. or beer …. in fact forget the letter!

Oh and any questions? Please write them in the comments, or message us through any of the social media channels we’ve mentioned …. seriously we love them! We managed to talk for 10 minutes about carbs and Fantastic Four villains, so the more questions we have, the better the podcasts are!