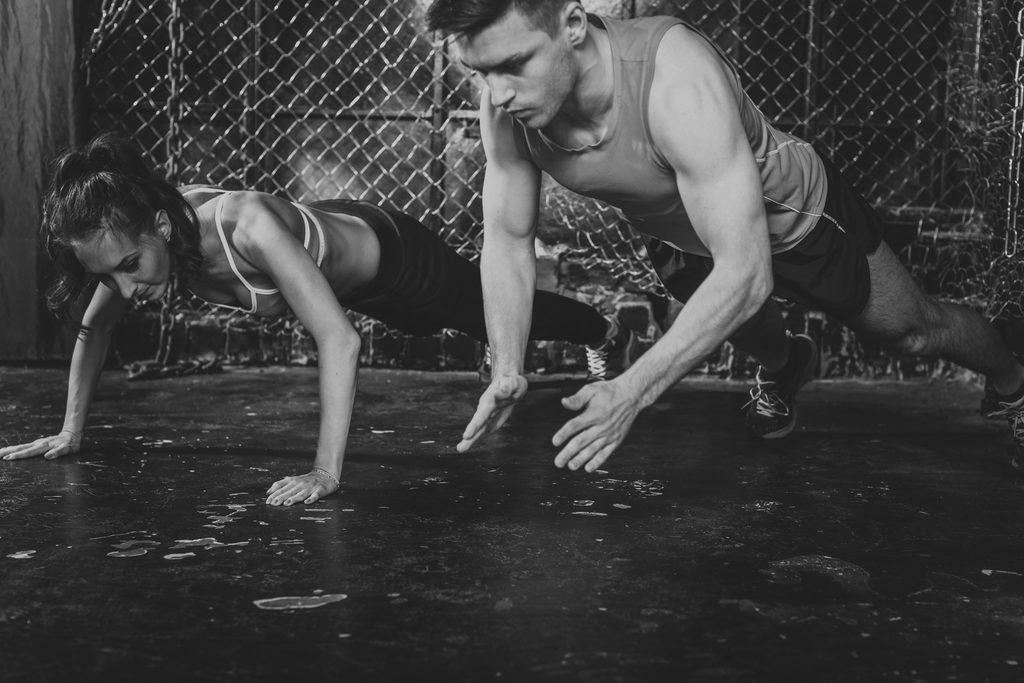 Can You Mix Bodybuilding With CrossFit?

Bodybuilding and CrossFit are both forms of training that attract similar personalities. Almost cult-like, and with a huge emphasis on community. Both are often misunderstood by the general public, and even by each other. But can you mix bodybuilding with CrossFit? Would that give you the best of both worlds? Let’s find out.

While it is certainly possible to combine bodybuilding and CrossFit, you’d be better off picking one and sticking to it. Both require a lot of work and training volume to get good results, and you would only end up with sub-par results in both categories.

In this article, I am going to look at both disciplines, and talk about why they may not be a good combination.

Can You Mix Bodybuilding With CrossFit?

Bodybuilding is the pursuit of gaining mass and creating an aesthetic and symmetrical physique. CrossFit is the pursuit of ultimate strength and fitness. Up to a point, the two disciplines dovetail, if you are overweight and out of shape, then you will get good results from either program. A reduction in body fat, an increase in cardiovascular fitness, an increase in muscle mass and strength.

But once you have gone from untrained to trained (usually defined as someone who has been training regularly for at least 6 months) the two disciplines begin to separate. It becomes more difficult to train both simultaneously because the goals are different.

The main problem is how much volume both training disciplines require. CrossFit is infamous for its high-volume approach that often leads to injury. Bodybuilding has the same issues. How would you recover from both?

The phrase “Jack of all Trades, Master of None” comes to mind here. While many people use CrossFit as a way to get fit and nothing more, the main aim is to compete in the CrossFit games. CrossFit is seen as a sport by many members. You need to be light, strong, fit and have excellent mobility.

The ideal CrossFit candidate should be equally good in all areas.

Bodybuilding does not really gel well with these goals. The aim of bodybuilding is not to be functional, it is to look good and to gain mass. While there are certainly bodybuilders who are flexible (Kai Greene for example) it is not common.

The best bodybuilders would struggle to perform many of the workouts in CrossFit. On the other hand, no CrossFit athlete would be able to win a bodybuilding competition!

What About Natural Bodybuilders?

While Pro Bodybuilders are obviously going to struggle in CrossFit due to their size and lack of mobility, natural bodybuilders seem like a better fit. They are smaller, leaner, and much more mobile.

The problem is that they would not be able to keep up with the volume of exercise required for both disciplines. Unless they take performance-enhancing drugs.

Now, the idea of a “natural” bodybuilder taking un-natural substances may sound crazy. But you have to understand that natural bodybuilding is in no way drug-free. Sure, there are nominal tests at competition. But ANY bodybuilder would be able to cheat these tests.

I’m not saying that there aren’t fully-natural bodybuilders. What I am saying is that most successful “natural” bodybuilders are anything but. They just haven’t been caught because it is not in the interests of the Bodybuilding world for that to happen.

I know that this makes me sound like some sort of conspiracy theorist, but it is fairly obvious.

While writing this article, there has been a voice in the back of my head asking about Jujimufu. He is the closest thing to a bodybuilder who does CrossFit.

Jujimufu has the physique of a natural bodybuilder, but the athleticism of a CrossFit athlete. I can’t say that he is likely to win any competitions, but he would certainly do well. There is a lot of debate about whether Jujimufu takes anabolic steroids or other PEDs.

Personally, I’d say that he definitely looks like he does. Yet, I can’t say for certain. Either way he looks incredible and is very athletic.

Check out this YouTube video of a bodybuilder attempting CrossFit. The CrossFitter is absolutely massive and very fit. These two look more natural than Jujimufu, but again, it is hard to say whether they are “natural” or not.

But they would both be classed as bodybuilders, and they both managed to complete the session. You can see that they had good mobility, and were able to perform an overhead squat – something that professional bodybuilders could not manage.

Final Thoughts on Whether You Can Mix Bodybuilding With CrossFit

It is possible. You can see it in the Instagram and YouTube posts above. But is it a good idea for regular people? Absolutely not. I’m not convinced that you can properly recover from CrossFit and bodybuilding workouts without the use of PEDs. Unless you are genetically blessed, and 95% of us aren’t!

But if you want to get into professional bodybuilding then it isn’t going to happen. You can’t focus on two disciplines and come out on top. At some point bodybuilding will get you weighing too much, your upper back and chest muscles will become too large for full mobility, and you just won’t have the time to develop your cardio fitness to the level it needs to be.

It’s a little like trying to become a sprinter and a marathon runner at the same time. Many marathon runners will be able to sprint much faster than the average person, but they won’t be able to beat the best sprinters.

If you just want to be a decent CrossFitter with a great body then it is definitely possible, but it will be very difficult to accomplish naturally.

If you enjoyed this article, then why not check out my article discussing whether bodybuilding is good for building strength? Or whether it is ideal for fat burning.