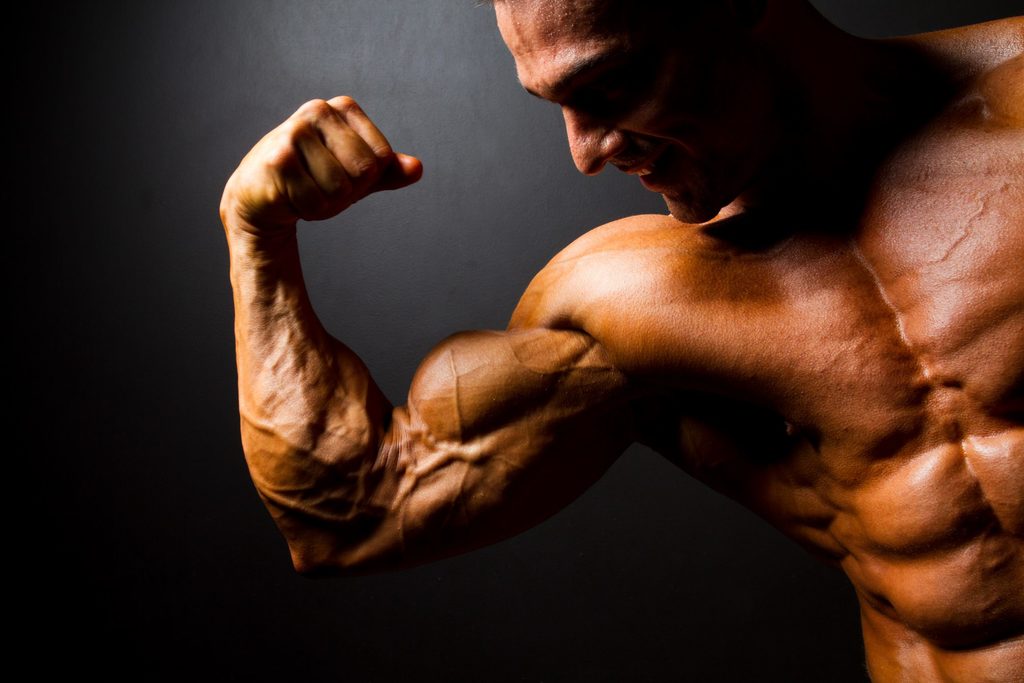 Will Bodybuilding Make Me Stronger? The Truth

Bodybuilding is filled with myths and misconceptions. So I have decided to try and clear a few things up! This time I will be attempting to answer the question “Will bodybuilding make me stronger?”.

If you are untrained and take up bodybuilding it will certainly make you stronger. If you have a background in powerlifting or certain sports, then switching to bodybuilding may lead to a loss in strength. Bodybuilding is focused more on size than strength, but bodybuilders are certainly stronger than 90% of non-bodybuilders.

In this article, I will go into more detail on the difference between training for bodybuilding and regular strength training.

Will Bodybuilding Make Me Stronger?

For almost anyone reading this, a well-programmed bodybuilding program will make them stronger. Of course, it will make you stronger! You are going from untrained to lifting heavy weights every day. Do you think Schwarzenegger would be stronger if he had focused less on bodybuilding and more on accounting?

But, I guess that this isn’t really the issue. You’re probably asking whether bodybuilding will get you stronger than other forms of training. This is a better question, and it has a less black and white answer.

Bodybuilding is purely an aesthetic competition. If you were a genie and offered a bodybuilder the chance to have the most aesthetic body ever with the caveat that they would be as weak as a 12-year-old, many would take that option. I guess you’re one of those dick genies that end up in Stephen King books.

The ultimate goal of bodybuilding is to attain size and symmetry. Some bodybuilders talk about getting good muscle shape, but you can’t change the shape of your muscles, just their size, and their appearance based on body fat levels.

The fact that bodybuilders end up very strong is almost incidental.

But make no mistake, bodybuilders ARE strong. Successful bodybuilders would be in the top 0.1% of the population when it comes to strength.

Strongman competitions would be the sport that is most focused on getting stronger, as there are no weight restrictions. It’s just about strength.

If you are just starting out, it doesn’t really matter whether you decide to focus on powerlifting or bodybuilding. For the first 6 months, you will just be focusing on improving coordination and mobility. Learning exercise technique, and acquiring enough cardiovascular fitness to train hard.

If you answered very strong then you should consider powerlifting. If you answered strength and size then regular weight training or bodybuilding is right for you. However, if you want to train for power then Olympic Weightlifting and plyometrics may be best.

Many professional bodybuilders have a background in powerlifting, and it is definitely easier to go from powerlifting to bodybuilding than vice versa. If you’re already very strong, then you have a fantastic platform. Just lose body fat and start increasing rep ranges!

Over the years, there have been many bodybuilders who were incredibly strong. Ronnie Coleman is regarded by many as the greatest bodybuilder of all time, winning Mr Olympia eight times, and amassing 26 IFBB titles.

He was/is also ridiculously strong. He managed a 1,000kg leg press for eight reps in 2013, and has also squatted and deadlifted weights that would win him most powerlifting competitions!

Another famously strong bodybuilder is Franco Columbu, who at only 5 foot 5 inches is the shortest bodybuilders to win Mr Olympia. He may also be among the strongest. Columbu achieved some serious lifts. These included:

That total would win him most powerlifting competitions, particularly when you consider his height and weight. Columbu also competed in the 1977 World’s Strongest Man competition, where he was by far the lightest competitor. He still managed 5th place, despite injuring his knee.

The Downside to Bodybuilding

While it is possible to get very strong while bodybuilding, it should be pointed out that anabolic steroid use is rife within the sport. Bodybuilding training requires a hell of a lot of volume and is impossible to do without using performance-enhancing drugs.

Of course, there is natural bodybuilding, but A) Many “natural” bodybuilders also use drugs and B) Natural bodybuilders are nowhere near as strong. If you don’t want to take steroids, and there are hundreds of reasons why you would not want to, then you may not be happy with your results.

I should point out that many powerlifters may also be taking anabolic steroids, but I would hazard a guess that there is a higher percentage of successful powerlifters who don’t take drugs than there are successful bodybuilders.

Bodybuilding is incredibly effective when it comes to building muscle. But it would be inaccurate to say that it was the best way to build strength. You would be better off following strength-building programs such as the 5×5, after several months of regular resistance training to prepare yourself.

Whatever you decide, remember to focus on good technique, avoiding ego lifts, and prioritising recovery. Follow these principles and you will avoid injury or embarrassment. If you are consistent enough over time, you will get stronger following pretty much any program.