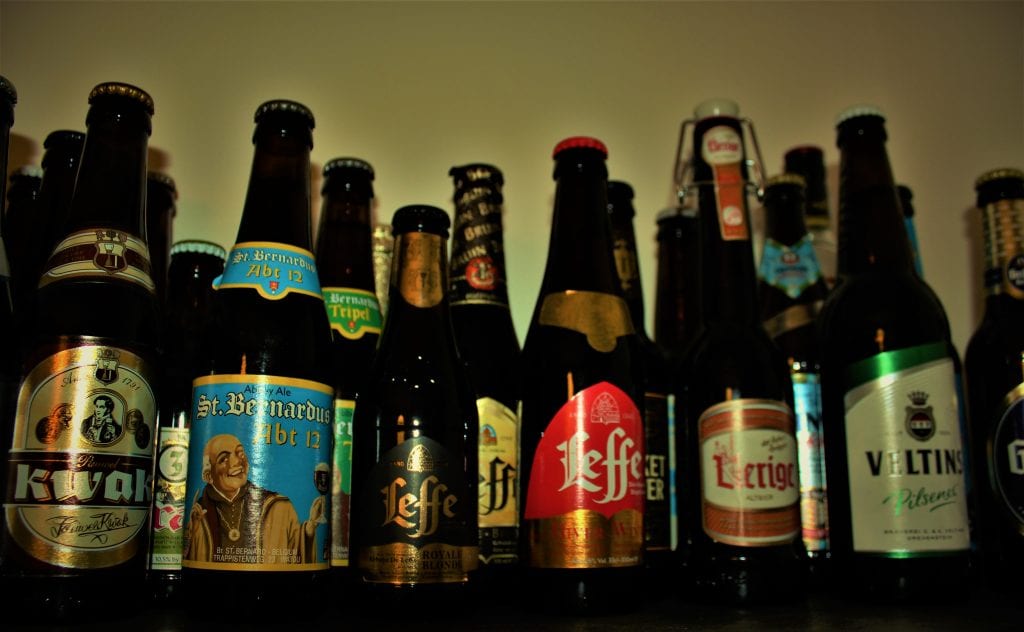 I am not a huge fan of the ketogenic diet. Don’t get me wrong, I understand why people like it. And I don’t think that it is a bad diet, it’s just not for me. One of the reasons I started this website was to demonstrate how good dieting can allow you to enjoy a beer while still losing weight and building muscle. But I want to help keto people to find beer too! So I decided to see if there were any zero carb beers.

Do any zero carb beers exist?

Most beers are surprisingly low in carbohydrates, containing an average of 17-18g for a lager. That’s around the same as a slice of bread. Light beers can contain very low amounts of carbohydrate, with Budweiser Select 55 containing just 1.8g in a 12oz serving. Bighead Beer by Burleigh Brewing claims to be the only zero carb beer in the world.

While there may only be one zero carb beer, there are beers with such low amounts of carbohydrates that they would fit into a keto diet. In this article I will explain:

Why Are There So Few Zero Carb Beers?

For a beer to be made, it needs to come from four ingredients: Water, Hops, Grain, and Yeast. Technically it is possible to make beer without hops, as we learned in my article on un-hopped beer. But the other three ingredients are essential. There are several methods of brewing light beer, but all of them must start with the same basic ingredients. This means that you could never truly remove all of the carbohydrates from beer … or so I thought!

While zero carb beers are possible, the light beer industry has managed to get the carbohydrate quantity down significantly through some clever techniques. In the next section, I will outline the three main methods for brewing low carb beer. 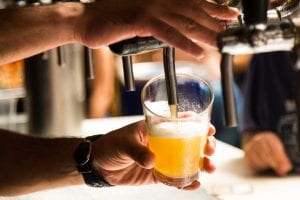 How Light Beers are Made

Light beers were first marketed in America after prohibition, with Edelweiss and Coors both producing a light version of their beers. But they did this through fairly uninspiring techniques. Diluting their beers with water, or simply using a smaller serving size. The first real light beers were made by the Rheingold Brewery in 1967 after they were developed by biochemist Joseph Owades. The beer was not popular and the recipe changed hands several times before Miller Lite became the first real light beer in 1972.

If we discount the smaller serving size method of creating a light beer, then there are three methods used to make it. These are:

I’m going to level with you guys, I was about 80% of the way through this article before I stumbled across Bighead Beer from an Australian craft beer company called Burleigh Brewing. I’ve basically had to rewrite this whole damn article! I’ve also had to remove all of the sentences that say “Sadly, there are no zero carb beers around. Here’s why …”.

So I officially hate this beer now!

Just kidding, it does seem like a game-changer. Nobody is sure exactly how they have managed to create a zero carb beer that is still 4.2%. Obviously, they are keeping their cards close to their chest. But they seem to be implying that they have found a strain of yeast that can keep converting carbohydrates to alcohol and carbon dioxide for much longer than normal yeasts. The owner of Burleigh Brewing claims that he did this by accident, but this seems unlikely!

For starters, if your yeast converted all of the beer in your mash into alcohol then you’ve basically brewed a ridiculously strong beer! He would have had to dilute it with more water to make it drinkable. I’d say he was looking for a zero carb beer and was intelligent enough to create it.

Sadly, this is a small brewery whose beers are only available in Australia. So if you are looking for zero carb beers and live outside of Oz you’re out of luck. You will have to content yourself with one of the five best low carb beers from our list below.

Choosing beers for this section was quite difficult. I didn’t know whether to go with the best tasting low carb beers, or the beers that are closest to no carb beers. On the one hand, this is supposed to be a guide for people following a keto diet. So an extremely low carb beer list would be ideal. On the other hand, if you’re on a keto diet and looking for good beers you can drink … then you want some actually drinkable low carb beers!

In the end, I’ve gone for a mix. I’ve also excluded Bighead Beer because it is not available outside of Australia, and I doubt there are any Australian Keto enthusiasts reading this blog post. If there are then you know what beer to get!

At only 89 calories per bottle, this beer is ideal for anyone on a diet. There are just 3g of carbohydrates per bottle, which works out at 0.9g per 100ml. This seems to be as close as you can get to a zero carb beer in the UK. I’ve not drunk the beer myself because I love real beer, but would definitely consider giving it a go. It has a load of rave reviews and is around 4% alcohol. That’s pretty decent really.

Marston’s is a decent English brewery, and I have a lot of time for them. The beer is 88 calories per bottle. However, the bottle is smaller than the Skinny Brands Lager bottle (275ml vs 330ml) so let’s not get too excited. There are only 3.5g of carbohydrates in each bottle, and the beer is 4.7% alcohol.

Now compared to the previous two, this beer is going to seem like it is high calorie. But at only 9.6g of carbs per bottle, it is actually really good. Sam Adams Lite is also not a bad tasting beer. It contains just 119 calories too!

This next beer comes with a massive asterisk (*). This is because it was really difficult for me to find the right answer. According to several websites, a bottle of Guinness contains just 9.6g of carbohydrates. If this is true then we’ve got a seriously good beer that also happens to be low in carbohydrates. However, there is a lot of confusing information regarding this, and I don’t want to contribute to that! It is well known that Guinness is quite low in calories and carbs compared to most regular beers though.

I was going to put Corona Light on this list. But it doesn’t seem to be easily available in the UK. There is also a 50% chance you will have ordered a pencil by accident

What is the Best Alcohol for Keto Dieting?

Fear, not keto dieters, there are still numerous alcoholic drinks that you can have while sticking to your diet. Wine is much lower in carbs than beer, averaging around 2-3g per glass. Or you have spirits. Whiskey and vodka contain zero carbs, provided you don’t mix them with a high sugar mixer you should be able to enjoy them guilt-free.

What Can We Learn From Zero Carb Beers and Dieting?

I have no problem with the ketogenic diet. I’m not going to write about how much I hate it, or that it doesn’t work. It does work. But, how sustainable is it really? Not very. The fact that I am writing an article on which disgusting zero carb beers you can drink on it is testament to that!

When attempting to start a new diet, you should always ask yourself “Can I see myself following this in a year?” Or in five years? Or ten? I think that a lot of people on keto diets would not be able to answer yes to those questions. That’s not to say that there won’t be some who embrace this diet. In the same way that some people become vegan and follow it for the rest of their lives.

I covered this topic more thoroughly in this article on ideal beers for dieting. In a normal diet, it is all about changing your drinking habits, rather than drinking awful beer. But sadly, you can’t do that on a keto diet.

Previous Post Does Beer Use Yeast? Your Question Answered Next Post Beer Left Out in the Sun? What Happens Next?

I actually live in Australia and drink almost exclusively Burleigh Big Head! It’s honestly such a tasty beer, and even though it’s “light” it still has great flavour and doesn’t taste watered down at all – I’m going to be sad when I leave Australia and have to find something else low carb to drink!

I’m quite jealous. Would love to try it!

Just wish to say your article is as amazing. The clarity on your post is just cool and i could suppose you’re a professional
on this subject. Well along with your permission let me
to take hold of your RSS feed to stay up to date with forthcoming post.
Thank you one million and please keep up the
rewarding work.