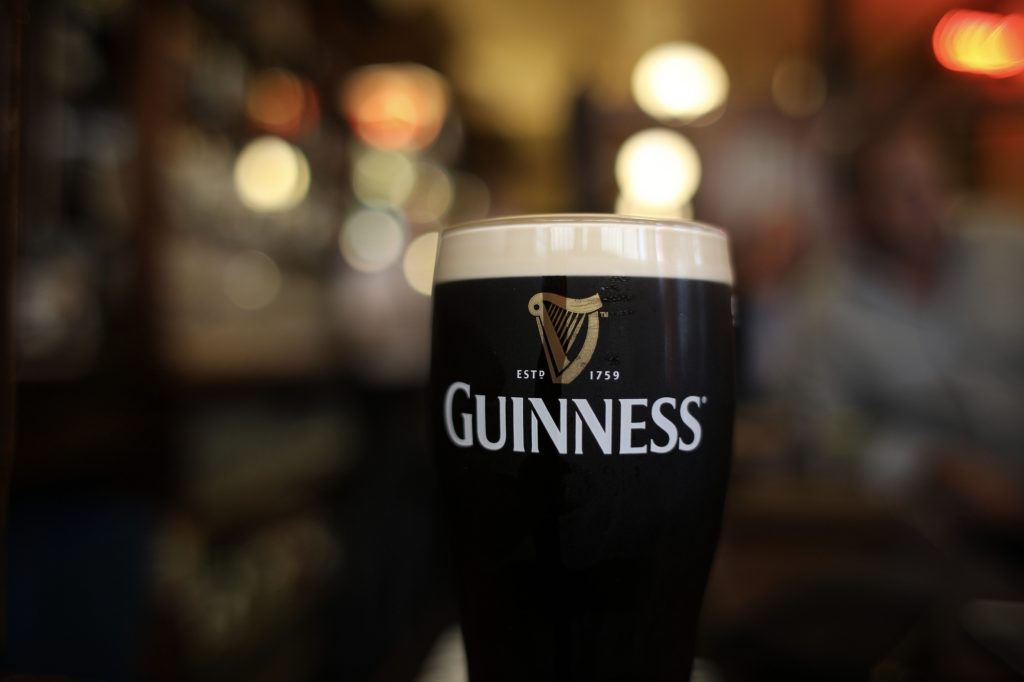 How much alcohol is in Guinness?

Guinness is one of the most recognisable beer brands in the world and is brewed in 50 countries. The beer is synonymous with Irish culture but is also incredibly popular in England and Nigeria (both countries drink more Guinness than Ireland each year). But how much alcohol is in Guinness? In this article, I will help you to find out.

A Brief History of Guinness

Guinness was first brewed in 1759, and the date has been printed on every Guinness label ever since. The creator was Arthur Guinness, who invested £100 that he had inherited into a brewery in Leixlip. A town that is to the West of Dublin. Within a couple of years, he moved to the now famous location of St James’ Gate where he began to brew Guinness. After ten years, Guinness was finally exported to Britain. There were three beers brewed; Porter, Stout, and Double Stout. A little later Foreign Stout was brewed for export to Britain.

Considering how intertwined Guinness is with Irish culture and history, it may come as a surprise that Arthur Guinness was a pro-Unionist protestant. In fact, Guinness would not even hire Catholic workers until the 1960s! If a worker wanted to marry a Catholic, they were told to hand in their resignation.

That’s the funny thing about long-lasting companies, they tend to start out in one direction and end up in a completely different direction! Today, Guinness is a great example of Irish traditions, and you’d struggle to argue against that. Foreign dignitaries almost always manage a photo-op with a pint of Guinness, including the British Royal Family. I wonder what Arthur would have thought about that?

How Much Alcohol is in Guinness?

I’ll get the short answer out of the way quickly because you’ve already suffered enough. A standard pint of Guinness Draft is between 4.1 and 4.3%. But there are several varieties of Guinness available, and they all have completely different alcohol percentages!

The percentage differs from country to country, and the recipe can change too! A Guinness draft served in Ireland or the UK is going to have a different alcohol percentage to one served in America or Canada. But Around 4.2% is the average.

Previous Post The Rise and Rise of Celtic Craft Beer Next Post How Many Calories in a Pint of Stella?