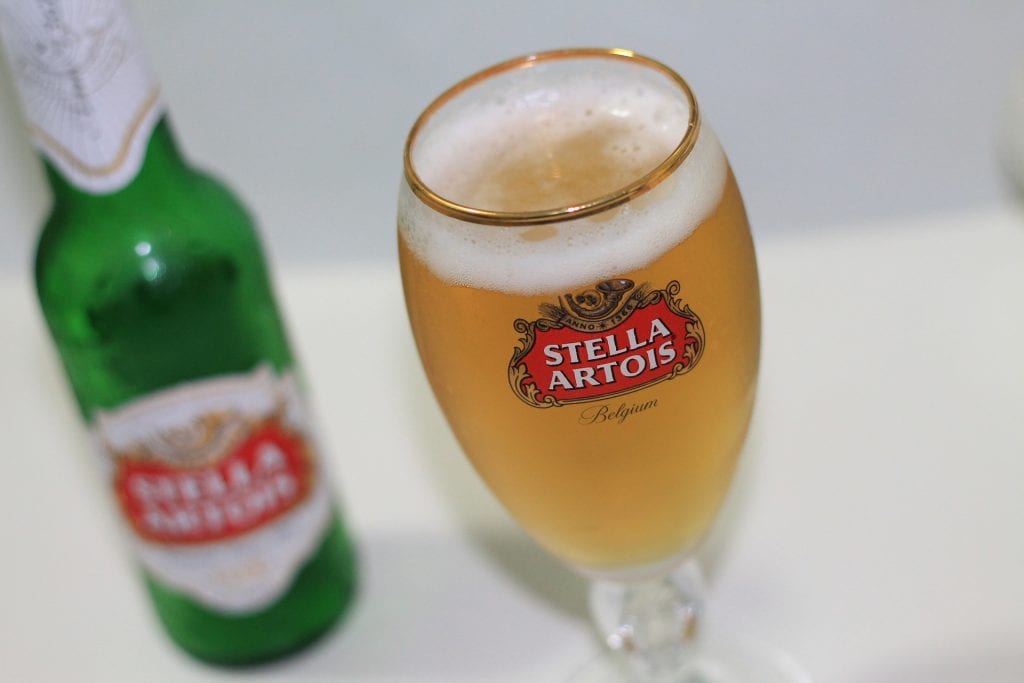 How Many Calories in a Pint of Stella?

Stella Artois is a lager that has been popular for a very long time. In Britain, the brand has gone in and out of fashion over the years. At one point it was associated with high-class, then it was associated with binge-drinking and anti-social behaviour. Now, the brand’s reputation is on the rise again. But how many calories in a pint of Stella are there?

The brewery that Stella is brewed in was established in the Belgian city of Leuven in 1366, it was originally called Den Hoorn brewery. In 1708 a man named Sébastien Artois became head brewer. He purchased the brewery a few years later and Artois brewery was founded. Stella Artois was actually brewed in 1926 as a Christmas beer, with the “Stella” part representing the Star that the Wise Men followed.

The Artois brewery is similar to the Guinness brewery in that it almost exclusively brews one beer, Stella Artois. There are a couple of variations, such as a lower-alcohol Stella, and they have Stella Cidre (cider) which seems to have vanished from stores recently. But Stella Artois is by far the biggest seller.

How Many Calories in a Pint of Stella?

This is actually kind of interesting, in most countries Stella Artois is 5.2% alcohol. But in 2012 the alcohol was reduced in the UK from 5.2% to 4.8%. The reason for this is that Artois wanted to “Keep in line with evolving trends”, but a more likely reason is that the lower alcohol percentage could save them a lot of tax money!

Previous Post How much alcohol is in Guinness? Next Post Is Beer Vegan? All your Questions Answered