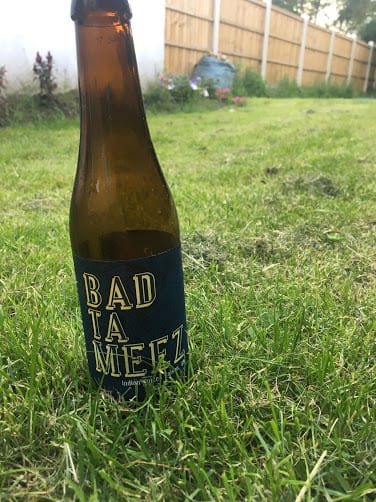 Is Beer Vegan? All your Questions Answered

Going vegan is a big decision to make, and each year more and more people are making that choice. Cutting out meat and animal products from your diet can have many benefits (and some often overlooked downsides) but many new vegans report having more energy, losing weight, and seeing improvements in their cholesterol and improvements in their health and fitness. One of the downsides to going vegan though, is that you immediately realise that there are many foods and drinks that turn out to contain animal products. In this article we will answer the question “is beer vegan”. But first, we should examine the debate about what is and is not vegan.

What Type of Vegan Do you want to Be?

One of the first things that a new vegan convert will be exposed to is the many different approaches to being a vegan. Some people will call themselves vegan, but eat a cheeseburger when drunk. Others will describe themselves as vegan, but if they accidentally eat a sandwich that has butter in it they aren’t going to freak out. Then there are the vegans who are almost militant when it comes to staying vegan.

None of these approaches is wrong. Seriously! Provided your diet is healthy, it all comes down to personal choice. There is way too much judgement when it comes to nutrition and particular diets. The vegan world is infamous for its infighting. I’ll give a quick spoiler for this article. Not all beer is vegan. What you will have to decide for yourself is whether this matters to you or not.

There may be quite a few vegan readers who are sat staring at this article in a state of fear. Don’t worry, there are many beers that are absolutely vegan-friendly. But sadly, there are a whole-heap of beers that are not vegan. This may be quite surprising. Beer is made from water, grain, hops, and yeast. All of these ingredients are vegan and involve zero animal products. Nor do they in any way cause animals pain. German vegans should have no problems whatsoever in finding vegan-friendly beers because Germany enforces “Purity Laws” that mean that beer can only contain those four ingredients. 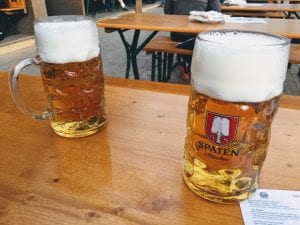 In countries like Ireland, the UK, and the US, there are no such purity laws. Whether this is a good thing or not is up to you. Personally, I love that German beer has to follow these rules, but have to admit that it does hold them back a tad. The Craft beer explosion has shown us the benefits of not enforcing purity laws. With so many creative beers out there, it is a good argument for a broader definition of what a beer is.

While there are a couple of vegan-friendly clearing agents. The most common clearing agent is called isinglass, and it is not vegan!

Isinglass is a form of preservative made from collagen that is taken from the bladders of fish. Delicious huh? Almost all cask-conditioned ales are clarified using isinglass, as is Guinness. Isinglass is actually a byproduct of fish, so technically no more fish are killed for it than would be anyway. I’m certain that this will be little comfort to many vegans, but it may make some feel a bit better. No additional fish were harmed because you drank 12 Guinness’ last St Patrick’s Day!

But isinglass is not the only method that is used to clarify beer. Some beers (particularly stouts) use lactose, which is obviously from milk. Then there are beers that use gelatin. Don’t forget that some beers also use honey to improve the flavour. Many vegans consider honey to be non-vegan due to the bees having to make it (bee slavery?).

Which Beer is Vegan?

Luckily, there are many beers out there that are vegan. As I said earlier, almost all German beers should be vegan. Many Belgian beers are vegan for similar reasons, and most of the larger breweries use their own filtration processes to create clear beer. Also, there is a useful website titled Barnivore that lists every single beer. Giving you a rundown of which beers are vegan and which aren’t. At the time of writing, there are 49,190 beers in this database!

Due to the increased demand for vegan beers, a lot of companies have started to really focus on removing all forms of animal products from their beer. Most craft beers should be free from this, and even traditional English breweries are looking at vegan-alternatives to isinglass. Next time you fancy a beer, check out that Barnivore site I mentioned. It can help you to avoid a nasty surprise!

Previous Post How Many Calories in a Pint of Stella? Next Post What Does NEIPA Mean? All you need to know