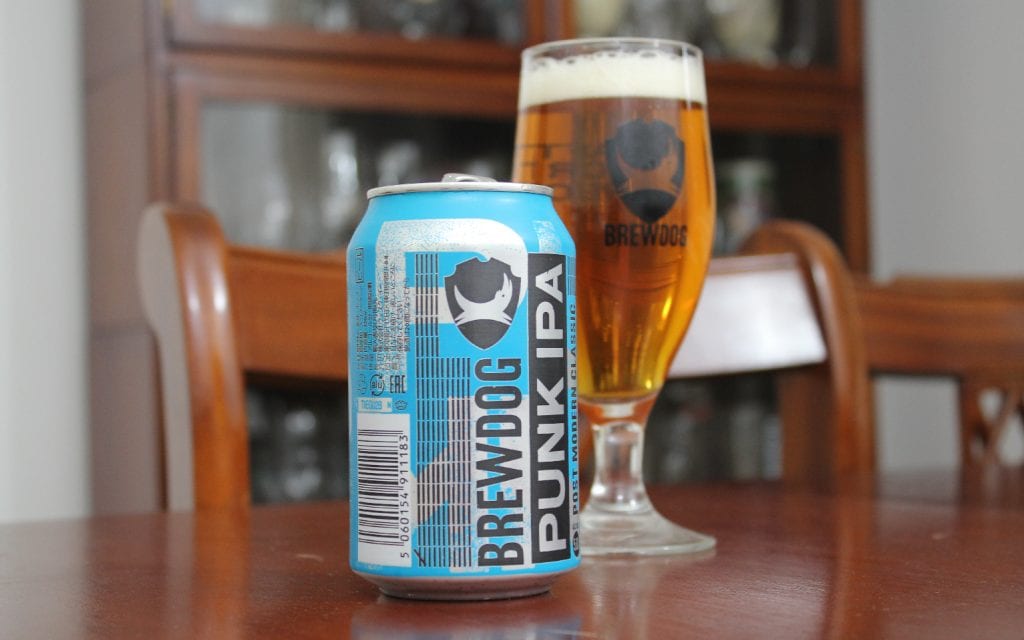 The Rise and Rise of Celtic Craft Beer

For years, the Celtic nations fell well behind England when it came to beer (yes Cornwall, you’re part of England). Sure, Ireland had Guinness but that’s about it really. Wales had Brains, and Scotland … well the less said about Scottish beer the better! But since the craft beer revolution, Celtic craft beer is in the ascendancy. Here are three breweries, one each from Scotland, Wales, and Ireland, that should be on everybody’s radar.

It would be criminal to write about Celtic craft beers without mentioning Brewdog. The biggest craft beer brewery in the UK. I absolutely LOVE Brewdog, I love their relationship with the media, their marketing, their bars, and most importantly their beers. Often, the louder a brewery is, the worse the beer. Brewdog bucks that trend, by selling excellent beer while being the loudest brewery on earth!

My first impression of Brewdog was in 2011 when I visited their Camden bar with a few friends. I absolutely loved the bar, loved how the staff clearly loved their jobs, and I’ll be honest, I was not blown away by the beer. In fairness to Brewdog, I’m fairly certain that I drank two “guest beers” and had a shot of their “Sink the Bismarck” beer. It was horrible, and genuinely soured my opinion of their beers for several years (I am a fucking idiot at times).

My main memory of that bar was one of my friend’s dropping a boardgame titled “How to be a complete bastard” over a table of drinks.

As you can see, having to witness one of the most embarrassing things ever clearly affected me. Because I didn’t touch a Brewdog beer for several YEARS afterwards. One day I was sitting outside a pub in St Albans, saying that I really didn’t rate Brewdog, when a friend pointed out to me that the beer I was drinking was in fact Punk IPA. It was great, I immediately changed my opinion about Brewdog and haven’t looked back since.

Brewdog was founded in 2007 by James Watt & Martin Dickie in Fraserburgh, Aberdeenshire. It’s first bar was built in Aberdeen in 2010, and the Camden bar that my mate ruined was opened in 2011. They have published at least three books (I know because I own two of them) and have a serious catalogue of beers.

Ireland doesn’t really have any craft breweries that are anywhere near as large in scale as Brewdog, but as most craft beer nerds know … it’s not the size of the brewery but how you use it.

I’m sorry, that was a terrible joke.

There are lots of small craft breweries in Ireland, but my personal favourite is the White Hag Brewery. Based in Ballymote County Sligo, The White Hag was founded by James Ward (not to be confused with James Watt of Brewdog) and named after a witch.

To be honest, their Facebook page goes into a lot more detail about the witch that The White Hag was named after … but I can’t be arsed to go into it. This is the sort of twee folklore stuff that Irish-Americans absolutely lap up, but the rest of us (by Us I mean English, Irish, Scots, and Welsh people) get a little bit sick of after a while.

One thing that The White Hag does not appear to mention fucking ANYWHERE is when it was founded, which is annoying because writing about when a brewery was founded makes me seem like I know a lot more than I do about the company. You’ve humiliated me White Hag, and I will NOT forgive this.

Annoying name and mysterious founding date aside, this is a really good craft brewery. I am sure that they will become more and more famous with time. They have an absolutely massive range of beers for a craft brewery, with all the types of beer that a true neck-bearded beer fan could ask for, Red IPAs, Oatmeal stouts, Pils lagers, New England IPAs etc …

For Wales, the brewery that put their beer scene on the map is Brains. Which is a bit of an issue, because almost nobody outside of Wales (apart from beer nerds) will have heard of it. Which is a shame, because some of the beer that Brains produces is bloody brilliant. But on the whole, Welsh beer was pretty unknown outside of Wales until a brewery in Newport changed EVERYTHING.

Tiny Rebel Brewery is by far my favourite craft brewery. God, I’m not sure whether having a brewery-crush is possible, but that’s what I have. I love their marketing, I love their artwork, I love the clever puns they use for their beers, but most of all I FUCKING LOVE THEIR BEER.

Genuinely, I have tried eleven of their beers and only disliked one of them. Apologies DUTTY Vermont Style IPA but even a fanboy like myself could not get my head around this beer.

The Celtic Craft Beer that Stole My Heart

What’s crazy is how quickly Tiny Rebel has taken my heart, I first experienced one of their beers at The Great British Beer Festival in London. It was 2017, my friend Kim got herself a Marshmallow Porter and insisted I try some. It was divine. I’m not usually a porter fan, but this beer was delicious. Not overly sweet, smooth as hell, and at 5.2% it was just the right level of alcohol.

Soon I was seeing Tiny Rebel everywhere, I had their CLWB Tropicana IPA a month later, then their CWTCH Welsh Red Ale, I even had a Rhubarb & Custard sour in a bar in Nottingham! They have been excellent. Their Jam Doughnut Pale Ale is perhaps the greatest accomplishment in the craft beer world. It tastes amazing, whilst sounding disgusting! I could go on and on about their beers.

Like most craft breweries, Tiny Rebel started out in a garage. Brad Cummings & Gazz Williams founded Tiny Rebel in 2011, by February 2012 they had two beers to their name and were selling them in a pub called The Commercial in the village of Pontymister, South Wales.

They expanded rapidly after that, seriously they went from 2 employees in 2011 to 55 by 2015! By 2017 they were employing 110 people, selling their beer in 35 countries, and were absolutely smashing it. At this point, they met me, and the rest was history … okay, they have never met me. Those poor bastards.

So, there you have it. Three amazing Celtic craft beer breweries that exemplify everything we love about the Celtic nations. An underdog mentality, a head for business, rebelliousness, humour, and a healthy dose of independence.

There are many more craft breweries in Ireland, Scotland, and Wales. Hopefully, over the next decade, we’ll see even more success stories such as Brewdog, White Hag, and Tiny Rebel. Celtic craft beer isn’t going anywhere!

Previous Post Iceland: The Country that Banned Beer for 74 Years Next Post How much alcohol is in Guinness?