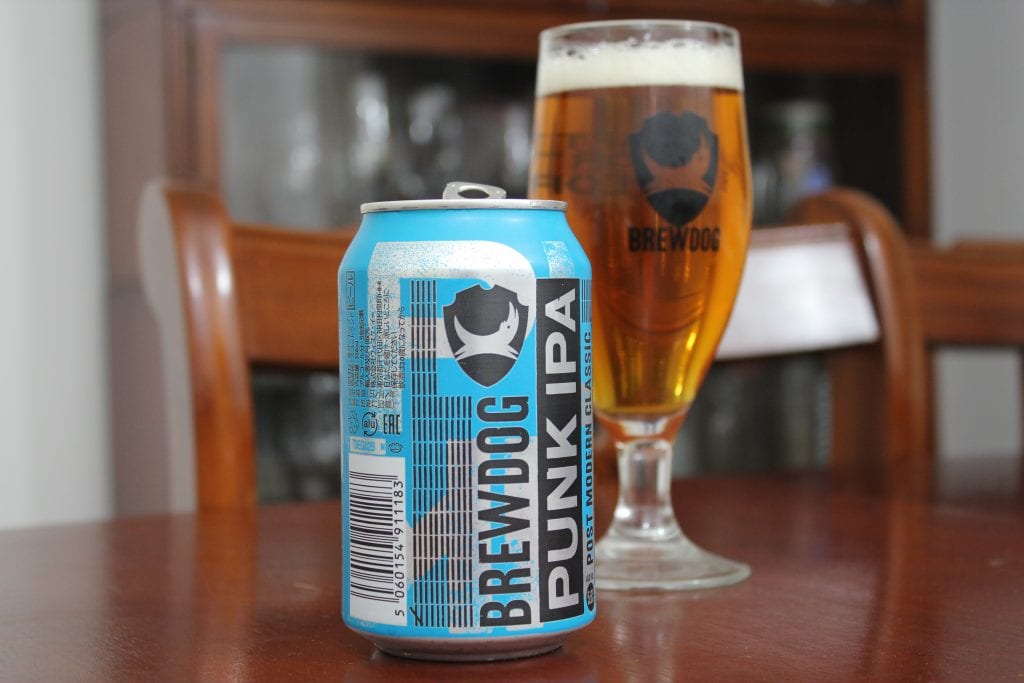 Brewdog Punk IPA: Everything You Wanted to Know

Brewdog is one of my favourite breweries, and their Punk IPA is possibly their best beer. But how many calories are there in a pint of Brewdog Punk IPA? What is the alcohol content? Is Punk IPA gluten-free? Or vegan? Let’s find out.

How Many Calories Are There in a Pint of Brewdog Punk IPA?

To work this out, I went onto the Brewdog website, they wrote an article about the calories in their beer. In the article, they mentioned that a 330ml bottle of Punk IPA contains just 158 calories. This means that there are 47.87 calories per 100ml.

How Much Alcohol is There in a Pint of Brewdog Punk IPA?

Punk IPA is 5.6% abv, making it quite a bit stronger than most of the lagers or ales you would find on tap. However, compared to many craft IPAs, it is actually quite modest. I’ve seen IPAs that are over 6%. Which is why I rarely drink IPAs by the pint!

No. Brewdog Punk IPA contains malted barley which contains gluten. Luckily, Brewdog has put a lot of effort into making a really good gluten-free beer called Vagabond Pale Ale. I haven’t tried it myself, but it is supposed to be really good.

Yes. Brewdog has embraced veganism like no other brewery and is very proud of the fact that so many of its beers (including Punk IPA) are certified vegan-friendly.

What Beer is Similar to Brewdog Punk IPA?

I know how Brewdog would answer that … NO beer is similar!

But let’s be honest, I love Punk IPA, but there are many other excellent IPAs out there. They just haven’t had the same seismic impact on the craft beer scene as Brewdog has. Easy Livin Session IPA by Tiny Rebel is a great alternative. If you fancy something a bit fruitier, then their Clwb Tropicana is immense.

Hanalei Island IPA from Kona Brewing (a Hawaiin brewery) is a great option, I absolutely love Kona Brewing’s beers (they were one of the first beers we drank in our Beer n Biceps podcast).

The Sierra Nevada IPA is another great beer that is similar to Punk IPA, or there is Lagunitas IPA, which I also love.

If you’re looking for a British alternative (other than Tiny Rebel) there is always Camden Town Off Menu IPA, which is a great London based beer.

You can also take a look at Brewdog’s other beers. Elvis Juice is one of the best IPAs I have ever had, though you had better like grapefruit! The flavour takes centre stage.

What was so great about Punk IPA is that for a large number of people it opened their eyes to craft beer. It can still do that today, Punk IPA is what I would call a gateway beer. In the same way that Duvel is for Belgian beers, or Guinness is for stouts.

If you love Punk IPA then drink it as often as you want (within reason of course), but also check out some other fantastic IPAs and craft breweries. It will really open your eyes.