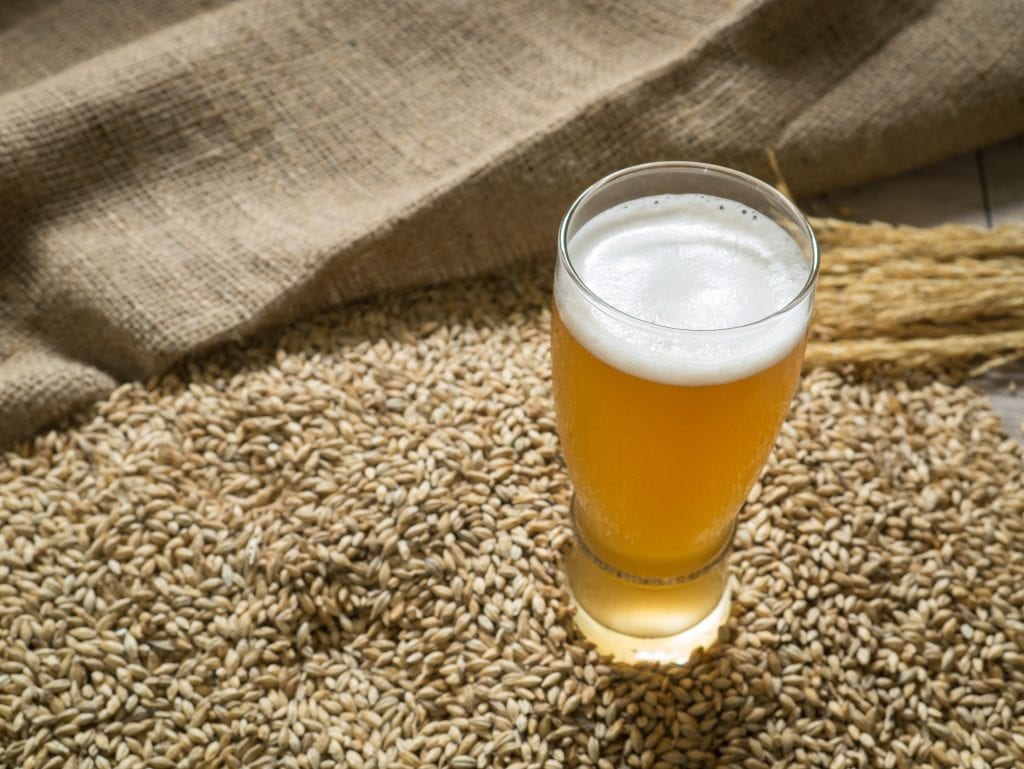 Does Beer Use Yeast? Your Question Answered

Yeast is used to make many foods and drinks. It is a vital part of the baking process and is also used to make wine. But does beer use yeast?

Yeast is one of the four main ingredients in beer. Alongside water, hops, and grains. Brewers add yeast to turn simple sugars into alcohol. Without yeast, the fermentation process could not take place, and beer would not contain alcohol. Very few beers retain any yeast once served, most breweries filter the yeast out before bottling. Any yeast that is (intentionally) left in the beer, is called sediment.

In this article, we are going to take a look at what yeast does, and why it is used in beer making. We will also attempt to find out whether beer without yeast could really exist.

How Does Beer Use Yeast?

When brewing a beer, a brewer starts off by harvesting some grain, mashing it up and mixing with hot water. It is then left in the water (kind of like a teabag in a cup) until the starches in the grain turn into sugar. The sugar dissolves, and after a few other steps you are left with a mixture known as “Wort”.

At the moment, all you have is a disgusting mixture of sugary water. Nobody is going to drink that! So you boil the wort and you add the hops, then you stir the mixture. After this you add the yeast which will kickstart the fermentation process. The yeast turns the sugars in the wort into alcohol and carbon dioxide. The beer then needs to mature, this maturation time is different for every beer. After this, the brewer may choose to filter out the yeast or leave it in as sediment.

What Happened Before Yeast Was Discovered?

Beer and bread have been staples of the human diet for thousands of years. Neither can be made without yeast. Yet yeast was not discovered until the late 19th century. But just because yeast had not been identified (due to it being invisible to the naked eye) does not mean that people were not aware that something was happening.

The first recipe for beer that has been found dates back to 6,000 BC in Babylonia. Here, people would make beer using underbaked bread. According to this website:

“Being underbaked, the bread serves as a live yeast culture and when the bread was cut into small pieces and placed in a large jug with water, malt would be produced”

The wort would be left out in the sun, and this would lead to fermentation. People would either drink the “beer” as it was or add herbs or spices to it for flavour. See, the “brewers” were not aware that the yeast from the underbaked bread was responsible for making their beverage alcoholic. But they knew that the bread had to be underbaked for the process to work. Just like they knew they had to wait for the wort to ferment. 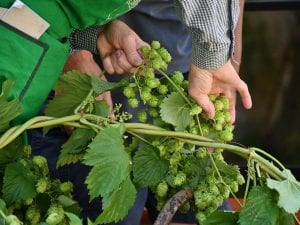 The same thing happened in Europe.

Brewers would mix the wort with a brewing stick. This stick would be covered in yeast, which would ferment the wort. But the brewers did not realise this. They just never cleaned their brewing stick and realised that the wort needed the stick to ferment. In England, brewers knew that there was something responsible for fermenting the wort. But they just assumed it had something to do with The Almighty. They called the process “GodisGood”.

When people talk about the Purity Laws of German beer. They talk of four main ingredients: Water, Hops, Grain, and Yeast. If you have read my article on un-hopped beers, then you’ll know that until the 15th-century beer did not use hops. But until the 19th century, there were only THREE purity laws. Because the Germans did not know what yeast was!

Water, hops, grain …. and brewing stick. When Pasteur discovered yeast it did not lead to a seismic change in brewing, the Germans just added that mystery fourth ingredient to their list! What did happen though, was that people started paying more attention to what type of yeast they were using. Beer was about to become a lot more creative.

Can You Have Beer Without Adding Yeast?

No. It is not possible to have beer without adding yeast. Though thanks to some creative thinking, some companies have been able to claim their beer has no added yeast. Or to claim that their beer doesn’t “contain any yeast”. However they spin it, their beer has had some form of yeast during the fermentation process.

While yeast is crucial to the fermentation process, there are some beers that do not add yeast. But that does not mean that yeast is not present. Spontaneous fermentation is one way to brew beer without adding in yeast manually. There are some beers that create an environment for yeast to grow “wild”. This blog post on Vine Post talks about a brewery that keeps its wort in a tank that is specifically designed to attract microbes and create yeast. This leads to spontaneous fermentation.

The practice is not popular with larger breweries because it is impossible to create consistency. You’re basically brewing a different beer every single time. If you look at the lengths that Guinness goes to, to guarantee a consistent pint anywhere in the world, you’ll understand! While spontaneous fermentation is perfectly safe, it is still unlikely to hold up to the rigorous health and safety guidelines that big brewers follow.

Some breweries such as Stella Artois try to remove any mention of yeast from their marketing. Stella famously had a sign claiming that their beer only had “Hops, maize, barley, water”. Which prompted several people in the beer world to scoff loudly.

Technically, once the beer has been filtered and pasteurised then there will be no yeast (or sediment) left in the beer. Meaning that you could honestly claim that your beer did not contain any yeast. But Stella is clearly twisting the truth because without yeast their beer would not exist. Sure, there may be no trace of yeast in their beer. But they can’t claim that there was no yeast during the brewing process!

Different Types of Yeast For Brewing

While there are hundreds of different strains of yeast, it is easiest to split yeast into two types. There is top-fermenting yeast and bottom-fermenting yeast. You also have wild yeast, which we covered in the previous section. 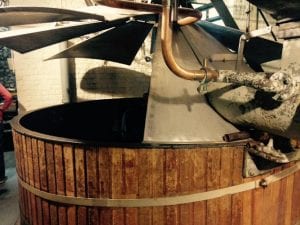 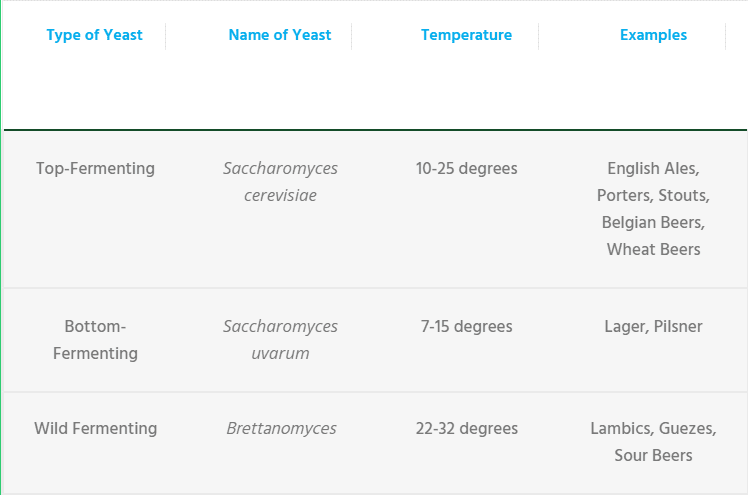 When you’re talking to people about beer and they start discussing yeast, it can become quite intimidating. But hopefully, this guide has helped to make things a little less complicated. Does beer use yeast? Yes. It either uses top-fermenting yeast, bottom-fermenting yeast, or wild-fermenting yeast. That’s all you need to know really unless you want to start brewing for yourself. Something that I am way too scared to attempt yet!

Now that we know the basics of yeast, it helps us to understand more about the different types of beer out there. This information is the foundation that all beer knowledge is built around. Combine this with my article on hops and you’ve got two out of the four main ingredients that make up beer covered. In the future, I will take a look at water and grains. Then we’ll have the complete picture.

Previous Post Does Beer or Wine Have Caffeine? Next Post Following a Keto Diet? Your Guide to Zero Carb Beers