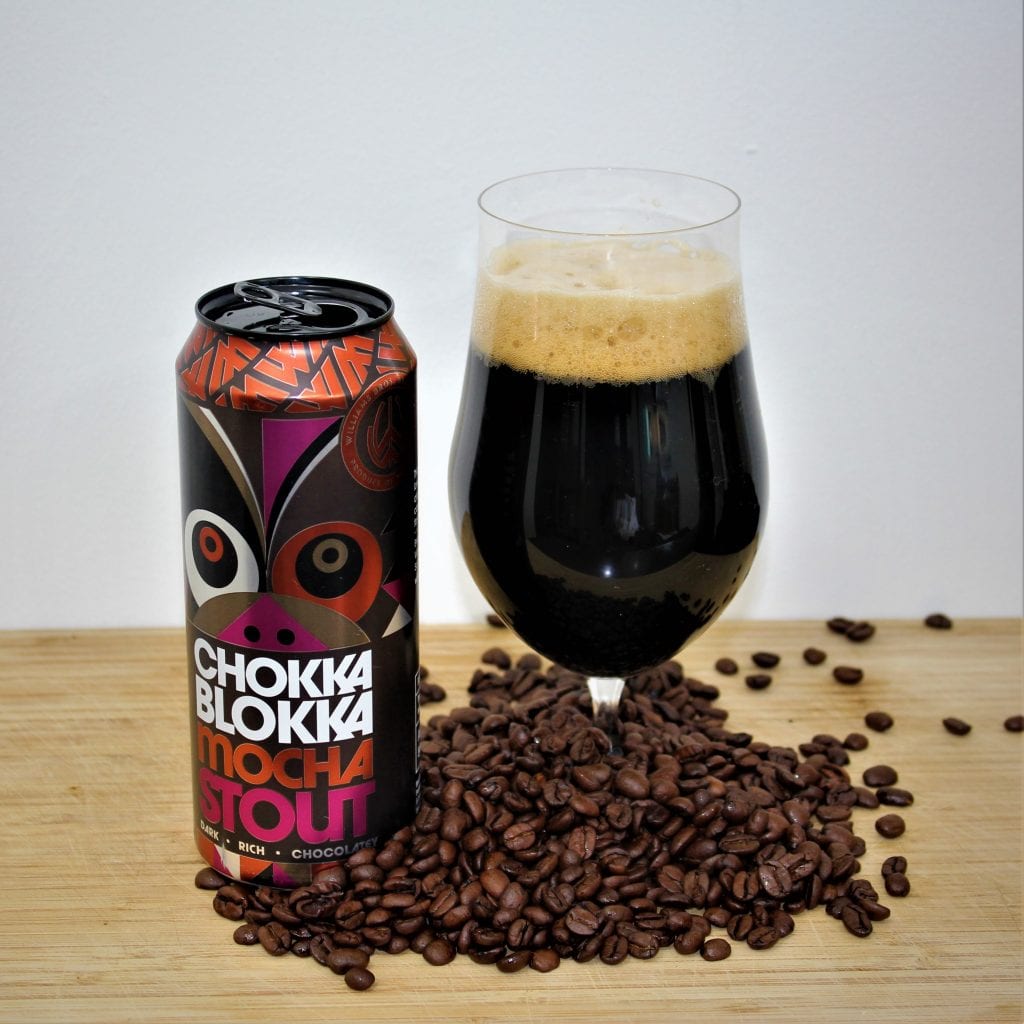 Does Beer or Wine Have Caffeine?

I was recently talking to a friend about how weird it was that Vodka Redbull was so popular. Neither vodka, nor RedBull is particularly tasty on their own, but combined you’ve got one of the most popular drink choices in many bars and clubs. My friend then asked “Does beer or wine have caffeine?” and I absolutely had to find out for myself.

Yes, there are beers that contain caffeine. You’ve got famous examples such as Sparks and Four Loko, which are technically beer. There is also a growing market for coffee stouts and porters. Caffeinated wine is very rare, with Buckfast being the only wine with caffeine that I can think of.

In this article, I will not only identify beers and wines that contain caffeine, but I will also take a look at the effects of alcohol and caffeine together.

Does Beer or Wine Have Caffeine?

Beer is not naturally caffeinated, and neither is wine. If we look at the four main ingredients present in beer (water, hops, grains, and yeast) none of these ingredients contains caffeine. The same goes for wine (grapes, yeast, water). But that does not mean that caffeine can’t be added to either drink. It very rarely happens, because there isn’t exactly a huge market for it. But several brewers have tried it, alongside one vineyard.

Alcohol and caffeine as a combination is nothing new, energy drink RedBull contains caffeine and is often used as a mixer with vodka or Jagermeister. Then you have your Irish coffees, which is coffee mixed with cream and whiskey. Not forgetting Long Island Iced Teas, which contain coca-cola. 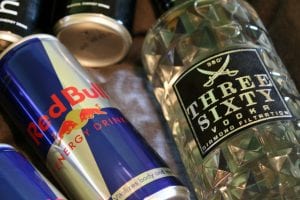 RedBull is commonly mixed with alcohol

I will be looking at Buckfast later on in this article, and historically there have been even wilder combinations. Before Coca Cola was invented, there were several Coca Wines available. As you’ve probably guessed, this was a combination of wine and cocaine!

The most famous coca wine was called Vin Mariani, and it was created in Corsica. This drink may have been the inspiration for “Pemberton’s French Wine Coca” which eventually became Coca Cola. Coca wine was made illegal in America in 1914, and Mariani himself died in the same year without sharing the recipe. Meaning that the cocaine and wine combination died too. I guess that this probably isn’t a bad thing.

Now I’m going to take a look at some examples of caffeinated beers and wine.

Caffeine in Coffee Porters and Stouts

Most beer drinkers assume that their beer is completely caffeine-free, this is largely due to no beer ever listing the caffeine content contained within. To be honest, I had never thought about it until researching this article. But now that I know, it seems obvious! To make a beer taste like coffee, your best bet would be to brew it with coffee! If you’re adding coffee to your brew, then there is going to be some caffeine.

The amount of caffeine contained within each beer varies wildly. According to this article, the amount of caffeine seems very low, around 2.5mg per can. For reference, a double espresso has around 80mg, while a large filter coffee can have anything up to 200mg! Even ten cans of a coffee stout wouldn’t really give you much of a buzz, but it is interesting to note. There may be beers that have a higher caffeine content than this, but it’s still very low in reality.

Chances are, if you have heard about caffeinated beer before, then it will have been to do with either Four Loko or Sparks. The first beer and caffeine combination appears to be Sparks, an “energy drink” that also contained alcohol that was made from malted barley. Sparks just about qualifies as beer, in that it is made from malted barley, water, and yeast. Though it does not appear to contain hops. As my previous article decided, it is possible to make beer without hops though! Sparks was high in alcohol (variations went up to 8%) and high in caffeine.

While Sparks came out in 20002, a more famous rival Four Loko didn’t appear until 2005. Again, this was a drink that technically counted as beer, but was far removed from what beer is. It was very high in caffeine, and high in alcohol. Both Four Loko and Sparks have had to change their formulas after a media outcry. This outcry was caused by the perception that they were marketing their drinks towards children.

You can buy both today, but they have had the caffeine removed. Personally, I’d go the other route. Removing the alcohol and keeping the caffeine. But maybe they know what they’re doing. Who knows? Both companies also received a backlash because the US Government did not like the fact that they were combining high caffeine content with alcohol.

Buckfast Abbey is a Benedictine Monastery in Devon, England. In 1890, the Monastery began to make a health tonic based on a recipe that the monks had brought over from France. In the early 20th century, the recipe was changed and Buckfast health tonic became Buckfast wine. The recipe has had some minor changes over the years, but right now it is around 15% alcohol and contains as much caffeine as a RedBull.

For some reason, Buckfast has become incredibly popular with young people in Scotland and (to a lesser extent) Northern Ireland. It has a reputation for getting you trashed very quickly, and is often (correctly) blamed for anti-social behaviour. I can’t say that I’ve ever had Buckfast, but it looks absolutely grim!

Should Alcohol and Caffeine be Mixed?

Most of the controversy behind drinks like Four Loko and Buckfast is the idea that combining alcohol and caffeine can lead to people getting more drunk than usual. This is all down to a chemical in the body called adenosine.

Adenosine has many functions within the body. It combines with phosphates to create energy (adenosine triphosphate or ATP), it is also responsible for regulating your heartbeat, widening blood vessels, and even works as an anti-inflammatory.

Caffeine stays in your system for a long time, even if you think that it has stopped working, it can still help you stay alert. This is why it is not recommended to drink caffeinated drinks before going to bed. It can lead to insomnia. Alcohol on the other hand, boosts adenosine. When mixed together this can lead to increased alertness, followed by a feeling of extreme tiredness. Capped off with a terrible night’s sleep.

So clearly high caffeine/high alcohol drinks aren’t going to help you sleep well. You’re also going to feel pretty rough the next day! But why all the worry? Well, one issue that people were worried about was the idea that caffeine may mask intoxication. In other words, you’d be so hyper from the caffeine that you wouldn’t realise how drunk you are. At the moment, the science does not support this worry.

Does Beer or Wine Have Caffeine? Final Thoughts

Personally, I believe that the issue is not caffeine and alcohol. As we all know, drinks like Irish Coffee are not exactly fuelling crazy violent behaviour. The issue is purely that many of the caffeinated alcoholic drinks are very easy to drink and very high in alcohol. I can’t believe that Four Loko has caused half as much anti-social behaviour issues as White Lightening Cider (which doesn’t contain any caffeine). But both drinks are popular with young teenagers who aren’t used to drinking.

So, don’t worry! Your coffee porter isn’t going to turn you into a criminal.