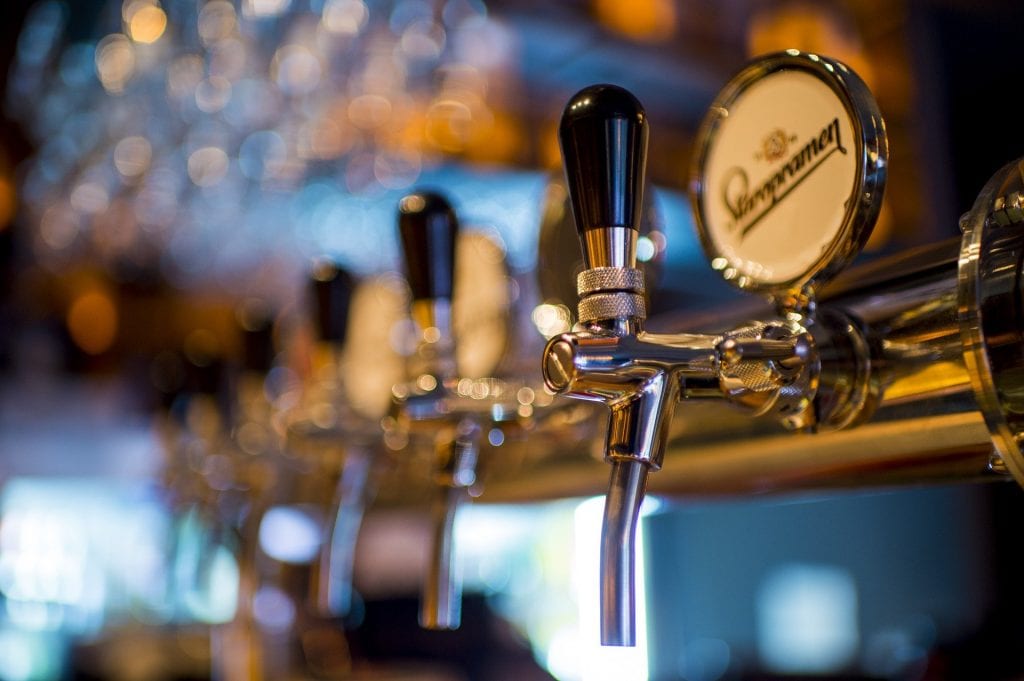 Does Beer on Tap Taste Better?

It’s a common enough debate amongst a certain type of beer-lover. Does beer on tap taste better than beer in a can or in a bottle? As with many similar questions, you’ll get numerous reasons why it does and doesn’t. But of course, taste is subjective and that should not be forgotten!

There are many reasons why beer on tap may taste better than beer in a can or in a bottle. Often, draught beer is fresher. It is also stored in a keg or cask. Meaning that it is less likely to be affected by air, light, or variable temperature. However, beer in a can or bottle can be just as good as beer on tap provided it is fresh, well stored, and good quality.

The debate about whether a beer is better on tap or from a can or bottle is really part of a larger conversation. How you serve your beer, how you store your beer, and what beers you are drinking, are all bigger factors in how tasty beer is.

Does Beer on Tap Taste Better?

The idea that beer on tap tastes better is influenced by a lot of things. Firstly, you should remember where beers are served on tap. In pubs, bars, and restaurants. Places that are designed to create a pleasant ambience. Most people tend to go to pubs, bars, or restaurants to relax and unwind with friends. This ambience plays a small yet vital part in how you enjoy a drink.

A good pub will make sure that they serve your draught beer in a clean glass that suits the beer. This can have a huge impact on your experience and is a contributing factor as to why so many people believe that beer on tap is better.

But it’s not just opinion, provided a pub looks after their pipes the beer they serve on tap can actually be better than bottled or canned beer. That’s because kegs and casks tend to contain fresher beer. While some beers are designed to mature the longer they are stored, this is rare. Beers that are high in hops often benefit from being drunk as soon as possible. The longer they are stored, the less flavourful they are.

This is because the essential oils that come from the hops break down, leaving the beer more bitter (or “skunked”) and affecting the overall taste. Beer on tap also benefits from temperature control. Being served at the ideal temperature for each individual beer.

How Storage Can Affect Your Beer

But please don’t think that bottled beer or canned beer is inferior to tap beer. If a bottled or canned beer is treated with the same love and attention as a keg of beer then it can produce as good (if not better) results. Walk into any Belgian bar, and your beer is going to be served out of a bottle. Due to the Belgian’s preference for bottle-fermented beer, it is actually quite rare to find beers on tap. But Belgium has some of the best beers in the world. 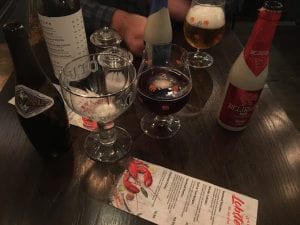 Most Belgian beers are served in bottles

Provided your beer is in a brown bottle (clear and green bottles tend to be affected by sunlight a lot more than brown) and is stored in a cool, dry, area with no sunlight, it is going to be perfectly drinkable.

Canned beer is often looked down upon, but in many ways, canned beer is more efficient than bottled. It is much easier to store upright, because the can is opaque it isn’t affected by light, and there is an absolute minimum of air allowed into a can.

Whether you choose to drink out of a bottle or a can, the main thing to do is to pour your beer into the correct glass. Having the right glass can allow you to properly smell the aromas of the beer. This actually makes a huge difference to the beer. It is why Belgians make such an effort to first design the ideal glass for each beer and to then insist that the beer is served only in the correct glass.

Does Beer on Tap Have More Alcohol?

Many people assume that there is almost no difference between a can or bottle or draught beer. But there can actually be quite a lot. Take Guinness for example. A pint of Guinness on tap can be anything from 4.1% to 4.3%, whereas a bottle of Guinness is 4.2% and a can is 4.3%. As you can see, there is quite a bit of variation. Also, note how the lowest alcohol Guinness is actually the tap version!

People tend to get drunker on draught beer, so it is natural to assume that it is stronger. But the reality is that beer on draught is usually sold in larger volumes than canned or bottled beer. If you order a pint of Guinness at 4.1% you are going to consume more alcohol than you would if you ordered a small can of Guinness. Even if the can is 4.3%. It’s the same reason why a small glass of wine is going to have less of an effect on you than a stein of beer! Even though wine is usually twice as strong as beer.

Most of the strongest beers around are usually bottled beers. If you look at a list of the ten strongest beers available to buy, they are all sold in bottles. Very strong beer is not normally that popular, and customers are rarely going to buy several pints of it in a pub. So it makes no sense to make a keg or cask of it. That’s why many breweries use bottles. It also explains why Belgian beer is usually bottled.

How You Serve Your Beer is Crucial

Now you know that a bottled or can of beer can be just as enjoyable as a beer on tap, it might be useful to know how to serve them properly so that they are as enjoyable as possible. The first thing you’ll want to do is store them properly. Bottled beer should really be stored upright, this prevents yeast from forming on the side of the bottle. It also slows the oxidization of the beer, which can prevent the beer from going off.

You also want to ensure that you’ve got the right type of glass for your beer. No, you don’t have to literally have the exact glass for each beer (though I certainly try to). But you’ll want a chalice type glass for Belgian beers, a vase glass for wheat beers, and an IPA glass for … well, IPAs! Get this right, and your canned or bottled beer will taste as good as any beer on tap.

There is a lot of snobbery in beer geekery, that’s sort of what being a beer geek is all about. But there is sadly also quite a lot of misinformation. Draught beer is not necessarily the pinnacle of beer. If the premises that serve it doesn’t properly look after their pipes then it can often be awful! Bottled or canned beer can also be excellent or terrible depending on how they are stored, and how they are served.

If you don’t believe that this sort of stuff matters, then think about champagne. Which do you think would taste better? Champagne that has been properly chilled being served in a crystal clear champagne flute. Or, warm champagne that has been kept on a radiator for 3 years, served in a Sports Direct mug. It is the same drink, from the same bottle. But how it was stored and how it was served are very different. It honestly does make a huge difference.