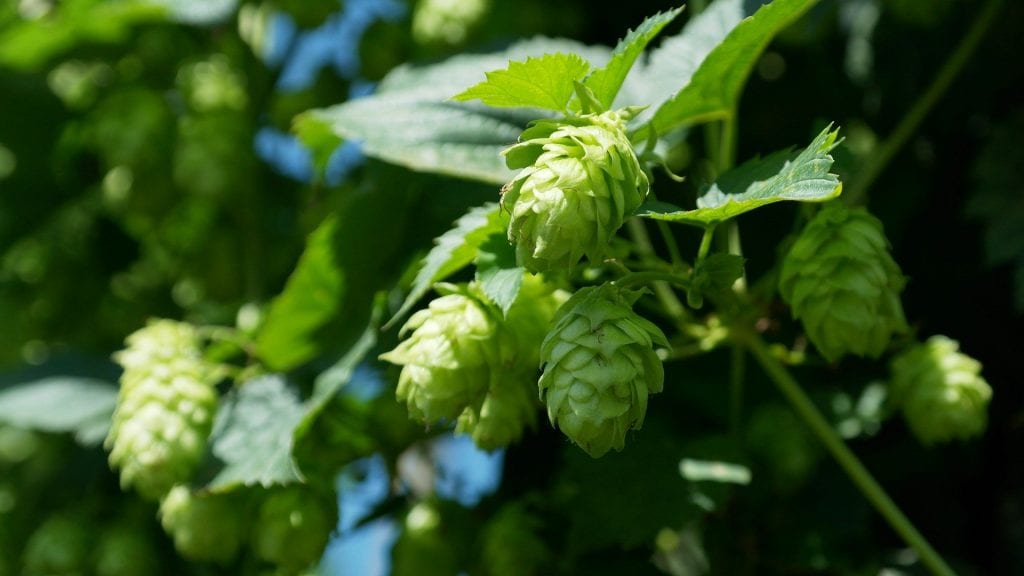 Ask any beer aficionado what ingredients make beer and (after water), most people will mention hops. But does beer need hops? I was wondering this question myself, so thought I’d do some research. Here is what I found:

While water, yeast, and grains are essential to beer, it is actually possible to have a beer that does not contain hops. In fact, for centuries beer was made without using hops at all. Though rare today, there are still beers that are made without hops.

In this article, we will take a look at what hops are, what role they play, and what beer without hops looks like.

Hops are flowers that grow on a plant called Humulus Lupulus, which is part of the hemp family. If you’ve ever wondered why beer and marijuana smell similar, then there’s your answer. They’re basically cousins! There are five varieties of Humulus Lupulus, three of which grow in America, one grows exclusively in Asia, and one grows in both Asia and Europe. Hop plants were first mentioned in the 8th century but were probably cultivated before that.

The United States is the largest cultivator of hop plants in the world, with Germany second. Both countries are ideally suited to growing the plant. Other well-known beer-loving countries such as the UK, Czech Republic, and Poland also grow large amounts of hops, but nowhere near as much as the US or Germany.

Hops are difficult to grow due to the heights that a hop plant can reach. A Humulus Lupulus can grow up to 8ft in the air, which is why it is rare for people to grow their own hops. When the flowers are ready (at the end of summer), the plants are pulled down and all the flowers are harvested. They are then taken to be dried. Traditionally, this occurred in an Oast House (large kilns). These days, hops are dried industrially on a much larger scale.

Hops are very important for beer. Alpha acids contained within them provide the bitterness that you can taste in beer. While Beta acids, essential oils, and flavinoids help create that hoppy aroma. Different varieties of hops will have different combinations, making some hops more bitter, while others are more fruity.

When Were Hops First Used in Beer?

For thousands of years, beer was made without hops. There are records of beer being drunk in Ancient Egypt. Recently, a group of brewers decided to recreate one of the recipes. They used “pistachio, rose petal, cumin, coriander, and sesame” mixed with malted barley and a form of wheat (emmer grains). Apparently, the beer ended up looking and tasting quite similar to white wine. But this is almost certainly what beer would have looked and tasted like for thousands of years. 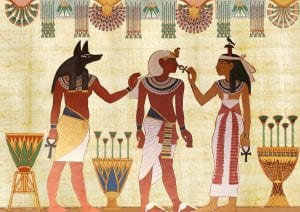 “Does this smell funny to you?”

It is difficult to decide which is the exact date that hops were first used in beer. We know that hops were first mentioned as being cultivated in the 8th century. But at the time, almost all beer was made using a combination of herbs to create the flavour. In the 10th century, this herb combination (known as Gruit) was extremely popular and was used in Germany, Belgium, and the Netherlands. Countries such as England would have used spices instead.

It was around the 13th century that hops began to be the dominant flavouring for beers, and by the 15th century everyone was brewing beers with hops. Only small areas of Germany and the Netherlands continued to use Gruit.

Interestingly, the replacement of herbs and spices with hops was not due to the hops providing a superior taste. The main reason was economic. Remember, spices were incredibly expensive at the time (to some extent they still are) whereas hop plants were very easy to grow and cultivate. Making them a lot cheaper!

No, beer does not need hops. If you think about it, hops are a relatively recent addition (based on the fact that beer has been part of society for almost 7,000 years). However, hops are so good at creating flavour and aromas that it would almost be foolish to use anything else. There are still some beers that don’t use hops, but they are incredibly rare.

One of the problems with not using hops is that un-hopped beer can become overly sweet. This is because of the malted grains. Adding hops can counter-balance the flavours, with the bitterness and hoppy aroma combining well with the sweetness. A un-hopped beer needs flavour, but those flavours need to work in the same way that hops work. Otherwise, you end up with an almost cloyingly sweet brew. Which may sound nice to some of you, but the reality would not be as enjoyable! 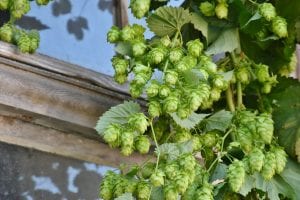 Bringing back a beer that was last properly brewed 300 years ago sounds like something that archaeologists with too much time on their hands would attempt. But actually, it is the craft brewing industry that has championed Gruit beers. The White Hat, an Irish craft brewery that I have mentioned in my article on Celtic beers has a beer that uses heather instead of hops. It is called Beann Gulban and is a sour ale.

There is also a beer from Belgian brewery Brasserie Dupont called Posca Rustica that uses a recipe based on historical records. There are a couple more breweries in Belgium that brew Gruit beers, which is not surprising as this area used to be famous for it. Occasionally, an English brewery will also try their hand at brewing one. But the majority of Gruit beers are made in America, where the explosion of craft breweries in the 90s led to an interest in lesser-known beers such as Gruit and other un-hopped beers.

What Can You Use Instead of Hops? 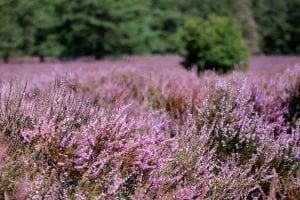 As you can see, a lot of these ingredients have been used in regular beers too. In fact, this may be the best way to go. A Gruit beer is certainly something that many people would like to try, but without the hops, the herbs and spices used may be either too over-powering for many people. Or the beer itself will be very bland. It is all about getting the ratio right. The other issue is, of course, the price. The problem that led to hops replacing herbs and spices in the first place!

The Future of Un-Hopped Beer

Thanks to the explosion of craft beers and the seemingly unstoppable rise of hoppy beers such as IPAs or NEIPAs hops have never been more popular. But this could actually be their undoing. There are only a few places in the world where hops can be grown. Ireland, for example, has traditionally had to import their hops from England (though now gets most from the US, Czech Republic, and many other countries).

As demand for hops begins to outstrip supply, the price will inevitably rise. In fact, it has been doing so for a while. This will either lead to more hop growers, a more diverse use of hops, or it could lead to more un-hopped beers being made in the future.

Alternatively, you could expect to see more creative combinations of hops and spices/herbs. This is already happening to some extent. I have personally tried a coriander beer before, as well as an Earl Grey flavoured beer. Beers like Hoegaarden have been flavoured with coriander and orange peel for years. Using strong flavours like this could lead to a reduction in hop-use in the future.

Whatever happens, I’ll certainly be interested to try some new beers!

Previous Post What Does HIIT Stand For? A Quick Guide Next Post Does Beer on Tap Taste Better?