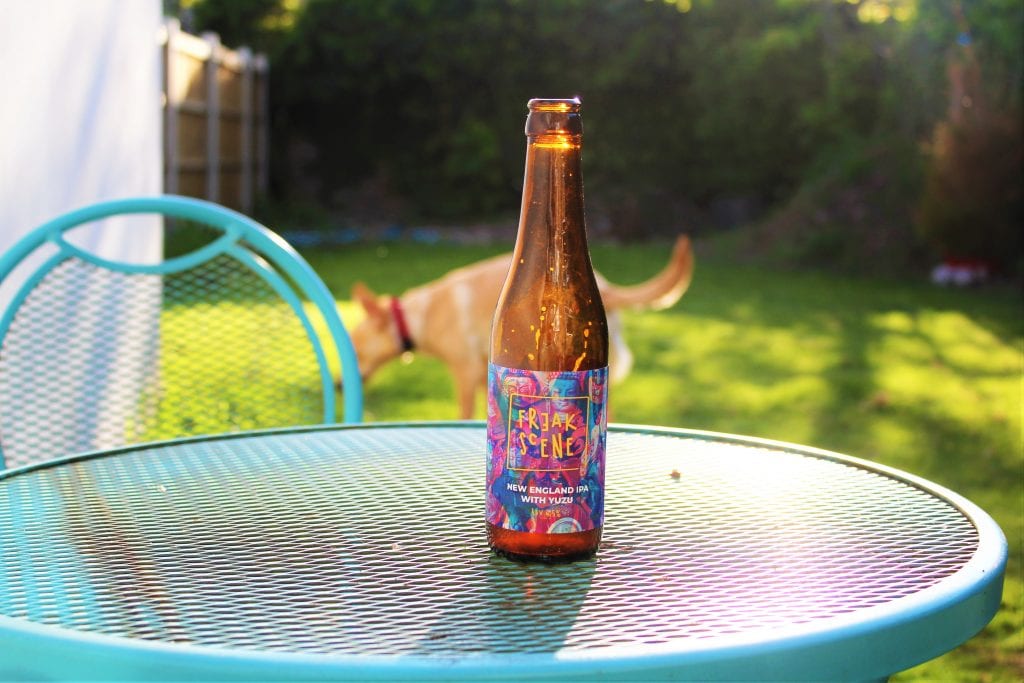 Beer Left Out in the Sun? What Happens Next?

Why does beer left out in the sun smell and taste so bad? Can beer evaporate? Is there anything that can be done to prevent your beer from going bad? All of these questions have occurred to me in the past. Usually after accidentally leaving a beer outside in the sun! In this article, I am going to try and find the answers.

There are 3 reasons why beer left out in the sun can go bad. The biggest cause of bad beer is sunlight. When UV light touches your beer, it can interact with the essential oils found in hops. The chemical reaction leads to a skunk-like smell. Oxygen can also affect the taste of beer, which is why an opened beer will lose a lot of flavour over time. Heat can also affect beer taste, but not as much as light.

In this article, we will take an in-depth look at how light affects beer. We will look at whether canned beer is better than bottles when it comes to being left outside. We will also identify which beers are able to survive sunlight the best.

How does Sunlight Affect Beer Left Out in the Sun?

If you have read my article on un-hopped beers, you will probably have a good understanding of what hops do, and why they are so important for beer. Hops help to balance out the sweetness of the malted grains, while also imparting a bitter flavour into the beer. If you enjoy the taste of pretty much any beer, then you will be thankful for the bitterness of hops. That bitterness comes from the essential oils that hops contain.

UV rays that come from sunlight cause beer to taste bad because it causes a chemical reaction with the essential oils of the hops. The chemical compounds that this process creates give off a smell that is identical to that of a skunk. Hence the term “My beer has been skunked”. I always thought that beers were described as skunked because they smelt like marijuana (skunk). Now I suppose that marijuana is called “skunk” for the exact same reason. Either way, your beer now smells like weed/a skunk.

Most people assume that it is the heat of the sun that causes the skunk smell. While heat can affect beer, you would generally need the heat to be a lot higher and more direct than sunlight streaming through a glass bottle. Warm beer is horrible, but if the beer has not been affected by the light then you can just put it back in the fridge and it should be perfectly fine again.

Oxygen can also affect the taste of beer, but this usually takes time. Unless you have taken the lid off your beer, then leaving it outside should not affect the amount of oxygen that it is exposed to.

Which Beer is Worst Affected by Sunlight?

It’s probably not too hard to guess, but the darker the beer, the less likely it is to be affected by sunlight. The reason for this is that dark beer absorbs a wider spectrum of light than light beers, they are also less bitter to start with. You could leave a Guinness out in the sun for a while and not worry about it being ruined.

The beers that are worst affected by sunlight are pale beers, particularly IPAs or NEIPAs. The fact that they start out with a lot of hops doesn’t help, but the pale colour is particularly affected by UV rays.

But it is not just the beer itself that can influence whether it is affected by sunlight or not. Other factors such as the type of bottle used, or whether the beer comes in a can, will make a huge difference to how badly sunlight can affect the taste of the beer.

There are three main types of bottles when it comes to beer. Clear glass, green glass, and brown glass beer bottles. Out of the three, brown glass bottles are by far the best. They may not look as presentable, but brown glass does the best job at protecting your beer from sunlight. Green glass is nowhere near as good as brown, but still much better than clear glass. A clear glass bottle offers absolutely no protection. Which is why it always surprises me that Sol and Corona, two Mexican beers, are clear. Surely, a country that has year-round sun would want a darker coloured glass to protect their beers? 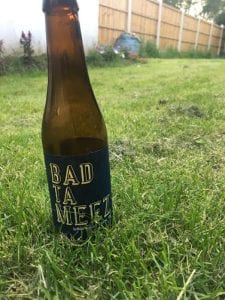 Canned Beer vs Bottled Beer Left Out in the Sun

For many years, canned beer has been associated with cheap beer. While bottled beer is seen as a more premium product. You get your Carling in a can, while your fancy Belgian Trappist beer comes in a bottle. Obviously, there are numerous examples of the opposite being the case. They also sell Carling in a bottle, for example. But as a whole, that is the perception.

But when it comes to protecting your beer, cans wipe the floor with bottles. This article is focussed on what happens to beer left out in the sun, so I will try not to get too sidetracked here. But beer storage is vitally important if you want your beer to be at its best.

Canned beer is opaque, so it is going to be completely unaffected by UV rays. Even if you left it out in the sun all day. A can of beer also captures less oxygen during the canning process, so your beer will keep longer.

Thanks to these benefits, many beer companies are waking up to the benefits of canned beer. Craft breweries have been at the forefront of this, and beer delivery companies also prefer to sell canned beer as they are easier to transport.

So you’ve opened up a nice can of beer while sitting in your garden on a sunny day. Then your partner calls you in because the dog is on fire (or whatever emergency is big enough to get you out of your chair) and you completely forget about the beer.

You come back 8 hours later to a warm, flat beer with little taste. But you paid good money for that beer, and as it was a stout, you’re not too fussed about the loss of carbonation. But has any of the alcohol in your beer evaporated?

Over time, the amount of alcohol in a beer can evaporate. This leaves you with a weaker beer. There are many factors that influence this. The surface area of the drinking vessel (pint glass vs bottle), the temperature, and the amount of alcohol in the beer to begin with. Don’t expect a massive drop in alcohol percentage, but perhaps 1-2% difference.

How to Prevent Sunlight From Ruining Your Beer?

The first thing that you want to do is to NEVER FORGET ABOUT YOUR BEER. Seriously, that shit is amateur! Just kidding.

Always try to keep your beer in the shade, protect your beer like you would protect a small child who forgot to put on sunblock! If possible, prioritise canned beer over bottled, and brown bottled beer over green or clear glass bottles.

You may also want to consider what type of beer you are drinking. Remember, stouts and porters can survive pretty much anything the sun can throw at them. However, I accept that not many people naturally grab for a warm pint of stout when the sun is out!

If you’re the kind of guy who owns a traditional German Stein (with lid), then this is a great way to:

The only downside (if you consider it a downside) is that steins hold a lot more beer than most bottles/glasses. Meaning there is a greater chance of it going flat. So drink it quickly!

If you are storing lots of beer in your home, then try to keep them in a part of the house that isn’t affected by sunlight. Keep them away from radiators too, even though the chances of your beer being affected by heat are quite low it is still sensible to avoid risk.

Treat your beer with respect, even the best beer in the world can be ruined if not properly served and protected. Use a clean glass, chill your beer (if needed), and keep it in the shade. That way you’ll never have to deal with a skunked beer! Remember, it can change from ideal to horrific in just a few minutes.

Previous Post Following a Keto Diet? Your Guide to Zero Carb Beers Next Post Can Beer Give You Food Poisoning?