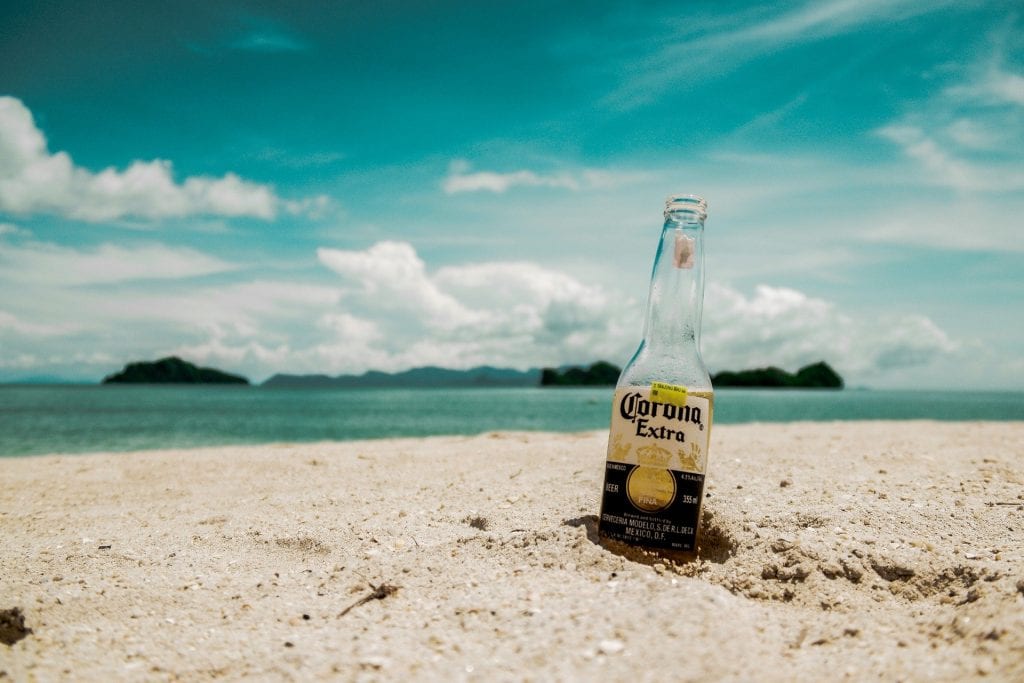 Can Beer Give You Food Poisoning?

I’m going to be honest, the reason I created this website was not to write about explosive diarrhoea or vomiting. It was more to promote cool Belgian beers, discuss strength and nutrition, and have a laugh. The problem is that that sort of stuff isn’t particularly useful. Whereas finding the answer to “Can beer give you food poisoning?” is pretty useful!

Beer itself cannot give you food poisoning. In fact, for centuries beer was brewed as the safe alternative to bad drinking water. A common myth is that unsanitary beer lines can lead to food poisoning. But this would be almost impossible. Either your food poisoning is from food, or you are mistaking a hangover/digestive issue for food poisoning.

In this article, we are going to explain why beer can’t give you food poisoning. Discuss whether a dodgy pub should cause you concern, and look at whether you’re confusing a particularly bad hangover with food poisoning.

Can Beer Give You Food Poisoning?

Food poisoning is no laughing matter, it can bring you down at will, and always seems to strike at the worst possible time. Go online, and you will see hundreds of forum posts by people who are convinced that the cause of their food poisoning was beer. Are those people correct?

None of these bacteria is present in beer, so your pint is not going to cause food poisoning!

Incredibly, alcohol may actually help to reduce your risk of contracting food poisoning! As this New York Times article reports:

“In 2002, for example, health officials in Spain studied an outbreak of salmonella among people who had been exposed to contaminated potato salad and tuna at a large banquet. Their findings, which were published in the journal Epidemiology, showed that the rate of sickness was lowest in those who had consumed large amounts of beer, wine or spirits.”

The article goes on to say that the current scientific consensus is that beer has to be around 10% or more to have any effect (better start chugging that Belgian Trappist Beer). But still, it goes to show that beer is not going to cause food poisoning, it may even prevent it. 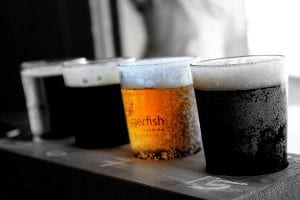 If you look at that list of bacteria that I mentioned in the previous section, you’ll see the unique environments that each one lives in. None of them are found in beer. So how can they have got into the pipes? It’s a pretty disgusting subject, but most food poisoning bacteria comes from human or animal waste somehow getting into your food. Salmonella doesn’t just pop up in your beer line. Nor does E. Coli or Campylobacter.

Which is why you never hear of a pub or bar closing due to an E. Coli outbreak. Or if you do, it is never down to the beer lines! It’ll be down to food.

The thing is, that so many pubs and bars don’t clean their beer lines often enough. Which is why you so often get a horrible tasting pint of beer. If bad beer lines really caused food poisoning, then there would be an epidemic! Landlords and bar staff should be ensuring that their pipes are clean. But not because it can cause food poisoning. Because it can lead to terrible tasting, sub-par beer!

When people decide that they’ve got food poisoning from their beer, it’s always down to them playing detective. “I ate a sandwich with my buddy, he was fine and I was sick. So it can’t be the sandwich”. Firstly, there are way too many variables for a straight swap to occur. What if a different person prepared each sandwich? Or what if the restaurant ran out of one batch of chicken salad while making the first sandwich so used a different batch of chicken salad for the next? What if your buddy had an iron stomach? Or he had been knocking back 12% beer at the time?

Drinking can affect your digestion. When you drink, alcohol will be absorbed into the stomach. This can disrupt digestion. The more you drink, the more likely this is to occur. Combine lots of drinking with high-fat foods such as kebabs or burgers and you can expect some digestive issues the next day (or sooner if you’re unlucky).

Imagine this scenario. You wake up after several beers, you feel nauseated. You are sweating, you are dehydrated, and now you have the runs. This lasts for most of the next day. Your first thought is probably going to be food poisoning. Which it could be! Though not from beer. But this could easily be a bad hangover combined with digestive issues.

Personally, I think that people are happy to claim food poisoning because it puts the responsibility on someone else. “I’m not suffering because I went out and got trashed last night. Somebody served me a dodgy pint”. Maybe that’s a little harsh. It certainly doesn’t help that there is so much misinformation out there.

Can beer give you food poisoning? No. Beer will have no effect on your chances of getting food poisoning. If anything, it may actually protect you from it! If you are feeling sick today, or you have the runs, then really think about what you ate, or which bastard didn’t wash their hands before handling your food. Just don’t blame your food poisoning on beer. It has suffered enough!

Of course, if your pub is sending out terrible pints due to bad maintenance, then you should avoid them anyway. Considering the price of a pint on the UK (particularly London) you should be expecting high-quality service.

Alternatively, you can serve your own beer at home. Just make sure that your beers are stored correctly, and that you aren’t letting them be exposed to UV lights. As I have successfully disproved the belief that beer on tap is superior to beer in bottles or cans, there is no reason to ever leave your home!

Previous Post Beer Left Out in the Sun? What Happens Next? Next Post Finding the Perfect Beer for Welsh Rarebit