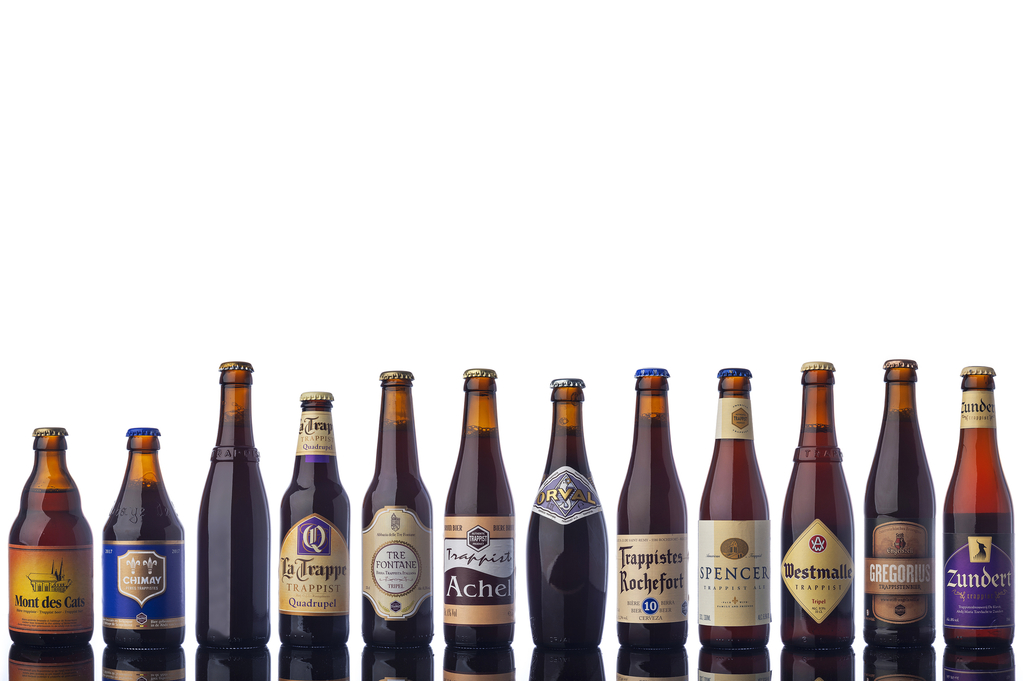 What is Quadrupel Beer? A guide to Trappist Beer

I am a big fan of Belgian beer and have drunk many a Tripel in my time, but recently I heard of a beer that styled itself as a Quadrupel. But what is a Quadrupel beer?

Quadrupel is inspired by Belgian Trappist ales which are roughly separated into numerical groups based on their alcohol content. Enkel (single) being the lightest of beers, Dubbel being medium, and Tripel being reserved for beers that are 9% or above. Quadrupel is a new term used by the Trappist De Koningshoeven brewery in the Netherlands for its 10% La Trappe Quad beer.

In this article, I will look into Trappist beers and try to help explain the numbering system they use (or don’t use) for their beers. I will also look at why the term Quadrupel is controversial in the beer world.

A History of Trappist Beer 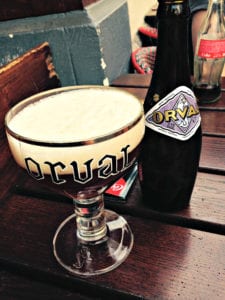 Trappists are a Catholic religious order of monks who branched off from Cistercian monks 350 years ago. They are named after the La Trappe Abbey in North-West France where the order originated.

Due to the French Revolution, the monks had to leave France and settle in Switzerland. Which they were then thrown out of when France conquered Switzerland in 1798. For most of their early history, the Trappist monks were still part of the Cistercian Order, but in 1892 they were able to extricate themselves entirely.

The number of Trappist monasteries has increased significantly over the last hundred years. France still has the most with 16, but the United States and Spain also have many monasteries. Belgium only has six monasteries while the Netherlands and the United Kingdom have four each.

Considering how many monasteries there are, the number of Trappist breweries is actually quite small. Just 14 monasteries sell Trappist beer. There were many more in the past, particularly in France but the impact of several wars (Revolution, Napoleonic, Franco-Prussian, WWI, and WWII) led to the destruction of many monasteries and their breweries.

Until 1997, there was no trademark on the term Trappist beer. Which means that theoretically, anyone could have brewed a beer and called it Trappist. That all changed when six abbeys in Belgium, one in Germany, and one from the Netherlands founded the International Trappist Association.

The ITA created three rules to ensure that the brand stayed true to its religious roots:

The 21st Century has seen an increase in the number of breweries that can brew beer under the ITA name. With an American Trappist brewery and a UK one opening recently.

There is a misconception that Trappist beer is exclusively Belgian, and I must admit for years I also believed this. It is an easy mistake to make. There are six Trappist monasteries in Belgium, and all six brew Trappist beer. Of the original eight monasteries that created the ITA, six of them came from Belgium.

But as we know, the Trappist order originated in France, and the ITA was created with a German and Dutch monastery as well as the Belgian ones. It just so happens that the Belgian breweries were the best known!

There are now fourteen breweries that brew Trappist beer: Six Belgian, two Dutch, one Austrian, one Spanish, one French. An American brewery, an Italian, and there is one brewery in England. Tynt Meadow is an English Trappist beer that is brewed at the Mount St Bernard Abbey, check out my podcast with Todd on “Beers we’d like to try” to see what I thought about this beer. 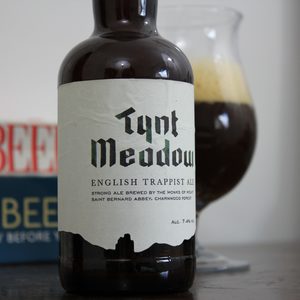 What is Quadrupel Beer?

For a very long time, there has been a tradition among the Belgian Trappist breweries to sort their beers into three categories.

This system has stayed the same for years until De Konigshoeven brewery in the Netherlands (who brew La Trappe beers) created the first Quadrupel beer “La Trappe Quadrupel“. This label is now used for Trappist beers that are over 10% in strength.

However, the term has been used by some US breweries to describe their own strong beers. Which is slightly controversial as using that term for a non-Trappist beer could easily confuse the customer. I mentioned in my article on Beer Glasses how US breweries use the term Kölsch for top-fermented lagers even though it has protected status in Europe.

Bottom Line: Quadrupel beer is a very high strength Trappist beer (10% or higher) first created by La Trappe beers. There are several breweries in the US who have used this description for their own beers.

Four of the Best Quadrupel Beers

Personally, I am not a massive fan of Quadrupel beers. I’m not a huge fan of ridiculously strong beer full stop. But that does not mean that I can’t appreciate how good some Quadrupel beers are. The following four beers on this list have all been tried by me at one point, and they are all considered excellent beers.

The Godfather of Quadrupel beers, La Trappe Quadrupel is brewed by the De Konigshoeven brewery in the Netherlands in 1991. The beer is excellent and has that banana taste that I always associate with Belgian abbey beers.

Rochefort brewery use a different method to categorise their beers, as such this is called a 10 rather than a Quadrupel. But as the beer is over 10% abv and is a Trappist beer, let’s not split hairs. Considered by many to be the best beer in the world, it’s a must-try for any beer nerd.

One of the six Belgian Trappist breweries St Sixtus used to sell beer. But in 1945 decided to stop selling it commercially. The recipe for the beer and the yeast strain that they used were allowed to be used by St Bernadus brewery which created a line of beers. Abt 12 is one of those beers.

While the beer cannot be marketed as a Trappist beer, it is essentially that. St Sixtus still brews its own beer, but you can only buy it at the monastery shop. St Bernadus is the closest you will get to a Trappist ale. The beer itself is very strong tasting, and I enjoyed it. Very dark in colour and seriously carbonated. The bottle basically exploded when I opened it!

Brewed by Brouwerij Van Steenbege in Belgium, this beer is the only one on the list that doesn’t have even a vague claim to being Trappist. It is named after the postal code for Ghent, and the last time I drank it I was hungover for two days. It is very popular, and the taste is superb.

The purpose of this article was to help answer the question “what is Quadrupel beer?” and I think I’ve done it. Quadrupel beer is strong Trappist-style beer that is above 10% abv, the beer is dark in colour and usually has an aroma of banana. If you like Belgian beer then this could well be a beer style to try, but just remember that the beer is ridiculously strong and should be drunk in moderation.

Previous Post Which Beer Should Not Be Served in a Pint Glass? Next Post What Beer Do They Drink in Ireland?