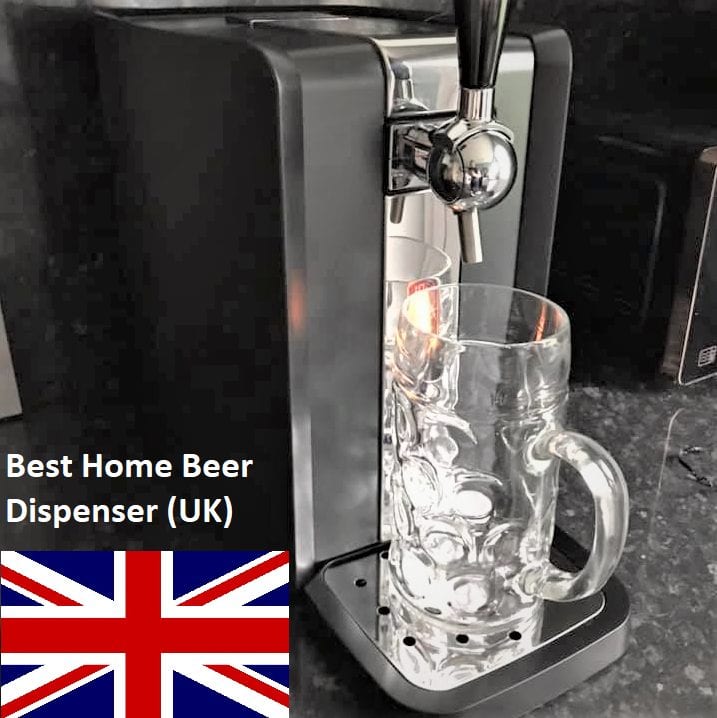 There are many benefits to drinking in the comfort of your own home. It’s cheaper, you can wear whatever you like, the bathroom rarely has urine on the floor, and you can listen to your favourite music or watch your favourite films without having to tolerate the general public. But many beers just aren’t the same when poured out of a can or bottle. Sometimes you just want a proper pint!

I am the proud owner of the Philips PerfectDraft, and I genuinely believe that it is a game-changer for the home drinker. The beers last for 30 days after opening, they pour beautifully, and there is a huge range of beers to try.

In this review, I will talk about how easy it is to set up and use, how it pours, and the beers I’ve tried with it so far.

I bought my own Philips PerfectDraft in September 2020, as part of an Oktoberfest promotion. It came with two steins, the machine, two beer coasters, and two kegs. One beer was Lowenbrau Oktoberfestbier, and the other was Spaten Oktoberfestbier.

Having been to Oktoberfest before, I have good memories of both beers. I was intrigued as to how they would compare. The results were surprising. The beer itself was almost identical to my memories, but there is a slight difference. The foam head is a little thicker when it comes to the PerfectDraft.

Personally, I prefer it this way, so it isn’t an issue. But that was the only difference.

Setting Up Your Philips PerfectDraft

I’m not great with technology or building furniture for that matter. I think that it is something to do with following instructions. Luckily, the PerfectDraft is pretty easy to set up. There are step-by-step instructions printed on the inside of the machine, which is really helpful.

The only issue I’ve had in the past 8 months of use, is forgetting to listen for the “click” when installing one keg. The PerfectDraft reminded me that something was up by making quite a bit of noise. Luckily, the FAQs helped me realise my mistake. This is one machine where throwing out the manual after installation is a bad idea.

The main thing to be aware of is how long it takes for your keg to get down to the ideal temperature. It takes several hours. If you are planning on setting up a keg for having guests round, I’d recommend doing so the night before. It takes about 8 hours, but over winter I kept my kegs in my outhouse, which kept them very cold. This cut down the time it takes to set up by several hours. Placing your keg in the fridge beforehand speeds things up even more.

The Stella Artois was fine, but perhaps just a little boring. I’ve always preferred Stella out of a can to draught though, I just think it tastes better that way. The Shelby IPA is my current keg, and it is fine. But the beer is a little boring. That’s nothing to do with the PerfectDraft system, I’ve had the bottled version and it’s okay but nothing special.

I’m really interested in trying the Leffe range (check it out on Beerhawk here), as it’s a quality beer that I think would suit the machine perfectly. I’d also really like to try the Thornbridge Jaipur keg. Clwb Tropicana by Tiny Rebel (check it out on Beerhawk here) is another excellent beer that I am looking forward to trying in keg form. I’ve only had it from a can before, but it is one of my favourite beers.

Where to Buy the Philips PerfectDraft?

If you are living in the UK, the best place to buy the Philips PerfectDraft is Beerhawk. They have a massive range of kegs to choose from, they sell almost all of the correct glasses for each beer (very important in my opinion), and they often do amazing bundle deals.

Beerhawk also offers a keg recycling service where you get £5 in beer vouchers when you return each keg. They provide stickers for you to place on your empty kegs, and you can then arrange for them to pick up your empties.

Any links on this page are affiliate links for BeerHawk