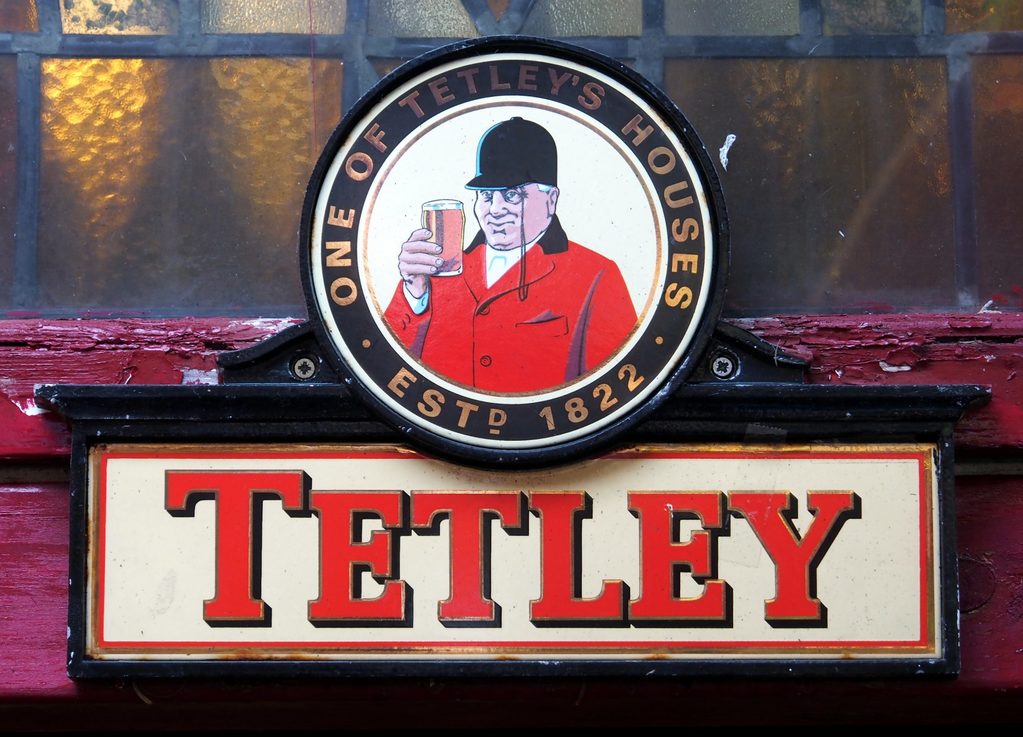 Tetley’s Bitter Fact File: Everything You Wanted to Know

Tetley’s Smooth Ale is one of the most popular ales in the UK, and is also sold in the US. It is no longer as popular as it was in the early 00’s, and after the closure of the Leeds brewery, it is now brewed in Wolverhampton. But the beer still tastes great, and demand is still there. But, How many calories are there in a pint of tetley’s? How much alcohol? Is tetley’s gluten-free? Or vegan? Let’s find out.

There are just 187 calories in a pint of Tetley’s Smooth Ale (568ml) and it is 3.6% abv. The beer contains malted barley, so cannot be gluten-free. Tetley’s beer is not vegan-friendly, probably due to the use of isinglass to clarify the beer.

In this article, I am going to take an in-depth look at each of the questions outlined above. I will also try to help you find beers that are similar to Tetley’s to help add some variety to your drinking.

Just a head’s up, Tetley’s Smooth Ale appears to be a rebranding of Tetley’s Smooth Flow. Tetley’s original bitter is a different beer that does not contain nitrogen. It’s quite confusing, as Tetley’s does not mention Smooth Flow at all, but also don’t explicitly say that their Smoot Ale is the same or different.

How Many Calories Are There in a Pint of Tetley’s?

According to the nutritional information that accompanies their Smooth Ale, there are 33 calories per 100ml*. This appears to be uniform, so if you are drinking out of a can or from draught there are the same number of calories.

*The Carlsberg website says that Smooth Ale has 32 calories per 100ml, while the nutritional information on the packaging says 33 calories. I went with the higher one, as it is often better to overestimate calories than underestimate it. After ten pints you could have saved yourself over 50 calories!

How Much Alcohol is There in a Pint of Tetley’s?

The alcohol content of Tetley’s Smooth Ale is very low, just 3.6% abv. This is the same alcohol percentage as their mild and just 0.1% lower than their original bitter. If you want a stronger version of Tetley’s you have to go for their Imperial (which is 4.1%).

Sadly not, Tetley’s is made with malted barley which is a source of gluten. Some brewers try to claim that the levels of gluten in their beer are so low that the beer can be considered virtually gluten-free. That is not the case here. If you are a coeliac or are gluten-intolerant then Tetley’s is not the beer for you!

No, Tetley’s is not suitable for vegetarians or vegans. As there are no animal products in the normal brewing of beer, I can only assume that they use isinglass to clarify the beer. This is made from fish bladder (the type of bladder that keeps them floating rather than the kind you’re probably thinking of) so is definitely not vegan-friendly. Check out my article on vegan beer to learn more.

What Beer is Similar to Tetley’s?

The most obvious comparisons to Tetley’s would be other creamy bitters such as John Smith’s, Boddingtons, Worthingtons, or the other beers in the Tetley range. Alternatively, you could start to look at some ales that are a little more flavourful than Tetley’s.

In my article on what beer to drink in England, I named several excellent beers that are similar to Tetley’s but (in my opinion) better. London Pride by Fuller’s brewery and Sussex Best Bitter from Harvey’s are two excellent alternatives. There is also Black Sheep Ale, which is from a Yorkshire-based brewery (extra points for Tetley’s fans) and combines an excellently smooth pint with a more fruity flavour.

You also have Abbot Ale from Greene King, which I personally think is a decent substitute. Timothy Taylor’s Landlord is another option.

I’ve always enjoyed beers like Tetley’s, Boddingtons (I loved Boddingtons) and even Worthingtons. But they do suffer from a lack of flavour. Not always a bad thing, but I’ve noticed that they are a lot more likely to be affected by bad beer lines than a stronger, nicer beer.