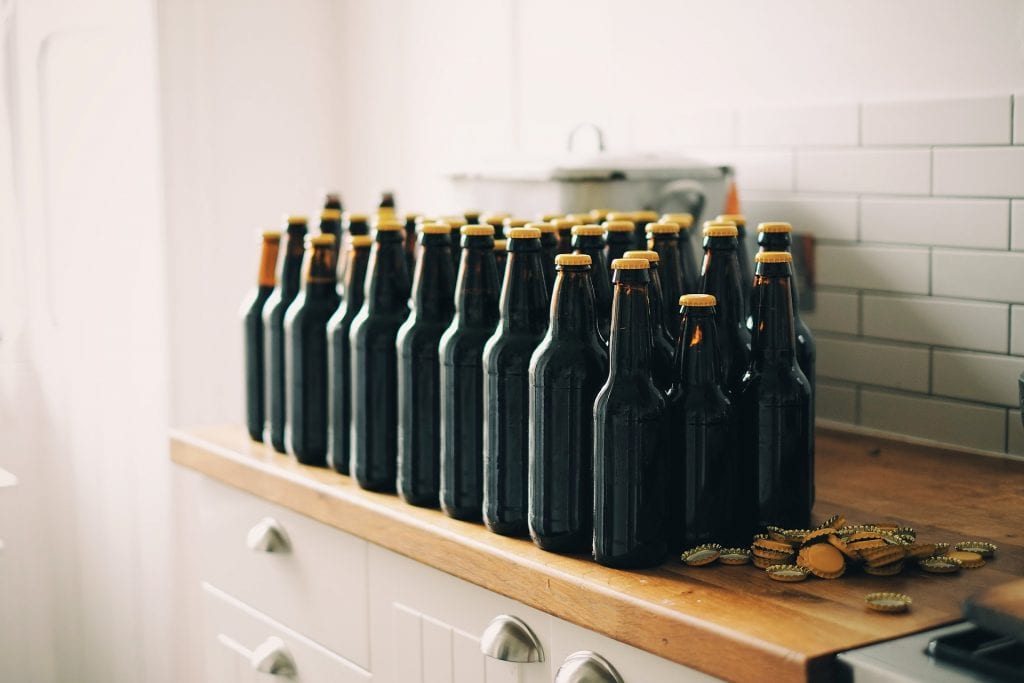 The Yellow Belly Saga: Four breweries and one beer

What’s in a name? Shakespeare famously stated that “A rose by any other name would smell as sweet” but as Bart Simpson pointed out “Not if you called ’em Stenchblossoms”. With thousands of new beers coming out every year, the ability to give each beer a unique name becomes less and less possible. This issue came to a head recently when Buxton Brewery withdrew the name Yellow Belly from the UK market after a legal battle with Bateman’s brewery.

Bateman’s brewery is a Lincolnshire-based brewery that has been in operation for over 140 years. I am well acquainted with their beers, as they own the pub in the village that my parents moved to recently. They are, in my opinion, a massively hit and miss brewery. Sometimes I’ll try one of their guest beers and regret every step in my life that led to walking into the pub. Other times, their beer will surprise me.

Bateman’s Gold is a very respectable beer, and while they aren’t often the most adventurous brewery in the country, they deserve praise for their commitment to cask-conditioned beer and their ability to survive so long in conditions that have led to many of their competitors closing their doors.

About 20 years ago, Batemans created a pale ale with vanilla pods and named it “Yella Belly Gold”. They also registered trademark protection on the name. The beer has changed dramatically over the years (it is now a blonde beer) but the name has been in continual use.

Buxton Brewery is nestled within the Peak District and is a microbrewery that has been open since 2009. They make some excellent craft beers, and their marketing is top-notch. In 2014 they took part in the Rainbow Project, a project instigated by Siren Craft Brew which aimed to connect brewers from different countries and have them collaborate to create a new beer.

Half of the breweries were given a hat to pick a colour out of (each colour representing a different brewery and a theme) and picked yellow. This colour was connected to Omnipollo brewery, which is based in Sweden and has been running since 2010.

Between the two breweries, they created a peanut butter and biscuit imperial stout. This beer became an overnight sensation and is currently the number one ranked British beer on Beer Advocate.

The beer was named Yellow Belly, which is meant to signify the cowardliness of racist organisations such as the KKK. The beer is dressed in a KKK robe, which is adorable (I know that the KKK robe itself is NOT adorable, but beer in a tiny hood fucking is).

Finally, there is a brewery in Wexford, Ireland that is named Yellowbelly Beer. They have been in operation since 2015 and seem to have managed to stay out of the debate (so far). I only mention them because Buxton brewery did so in their official statement. I’ve never had any of their beers, nor had I heard of them before this saga. However, they look awesome! Check out my article on Celtic craft-beer for similar breweries in Ireland, Scotland, and Wales.

Who You Callin’ Yella?

In January 2018 Bateman’s brewery wrote to Buxton asking them to change the name of their beer. Buxton was surprised about this as the beer had been brewed and sold for 4 years. As they said in their press release:

“Yellow Belly has been brewed annually since 2014 without any apparent confusion arising among the public about who was brewing the beer. Neither was there any confusion, as far as Buxton and Omnipollo are aware, around who was brewing Batemans’ ‘Yella Belly Gold”. The two beers are distinct and entirely different in every conceivable manner, they share only the product type; beer.”

Buxton and Omnipollo had to change the name of their beer in the UK as well as in the EU but were able to keep the same name in the US where it is very popular. There was a huge outcry among beer nerds about this, and they responded in the way that you’d expect grown men to … they rage rated Batemans’ beer into oblivion.

To Buxton’s credit, they asked for fans to cease doing this. Even asking those who had to delete their reviews.

Who is Right here?

This is such a difficult situation. In legal terms it is incredibly simple. Batemans brewery had trademarked the name “Yella Belly” as well as “Yellow Belly”, meaning that they own the name. They did this a decade or so before Buxton brewery even existed!

As Buxton point out though, there are thousands of breweries, brewing hundreds of thousands of beers, eventually there aren’t going to be any names left! If Batemans had been quicker to respond, this whole situation could have been avoided. Stopping the name before it could gain any traction would have eventually helped both parties.

Of course, it is almost impossible to keep track of all beer names, and it is unlikely that Batemans would have heard about Yellow Belly if it hadn’t become so popular.

(though I can understand why they were not).

They didn’t properly research the name of their beer, and it was fans of their beer who have absolutely trashed the reputation of a brewery that did nothing more than try to protect their own trademark. Buxton’s press release was very politically correct, but you can definitely see their frustrations towards the end of it.

Maybe Batemans should have just let it go, Buxton is right in that nobody could confuse the two, but why should they? If we ignore trademark law every time it doesn’t suit our needs then what’s the fucking point? I doubt that Buxton would have responded any different if the shoe had been on the other foot! I doubt that many companies would have behaved any different.

Buxton claims that Batemans were unwilling to discuss any form of compromise. But what compromise could there have been? Buxton should have just changed the name and moved on. Because after all, what’s in a name?

Buxton has stopped selling this beer in the UK, they’ve taken their ball and gone home. If they are selling it under another name then it is not clear which beer that is (I researched this for 5 minutes before giving up, so don’t take my word for it).

This whole issue reminds me of Brewdog, another craft brewery with a lot to say for themselves. Writing articles that portray their rivals as old fashioned, stuck in their ways, and wrong, with a press release attached. I’m not saying that Brewdog was wrong in any of their arguments against CAMRA, nor am I saying that Buxton is completely wrong either. But it does leave a bad taste in my mouth.

Batemans has been portrayed as everything wrong with big breweries, tying up small craft breweries in red tape because they can’t compete with them in terms of product. A lot of unfair hatred was hurled at them in the wake of this issue.

But Bateman’s is hardly an example of a big brewery.

It is a medium-sized, family-run brewery that most people would not have heard of outside of Lincolnshire. They are not Guinness, they are not Budweiser, they are not Heineken.

Rage reviews are a fucking disgrace, and anyone who is destroying a company because of something so petty should be ashamed of themselves. Giving a rage review doesn’t help anyone. It doesn’t help Buxton, it doesn’t help Omnipollo, and it certainly doesn’t help Batemans.

But it really fucks over your fellow consumers. Giving a perfectly decent beer a 1* review will make someone else think twice before ordering. They may miss out on a beer that they really like. By the same token, giving your mate a 5-star rating that they don’t deserve also fucks the whole system up (but that’s a topic for another day).

Batemans is a decent brewery that has been running for over a century, it almost collapsed in the 1980s. If Batemans ever closes its doors it will be a real shame. Buxton is one of the best craft breweries in the country and I love their beers. It is so disappointing that this has happened. It is also a shame that Buxton no longer appears to sell such a good beer.

Previous Post Plyometrics You’re (probably) using it wrong Next Post Beer in Poland: Everything You Need to Know