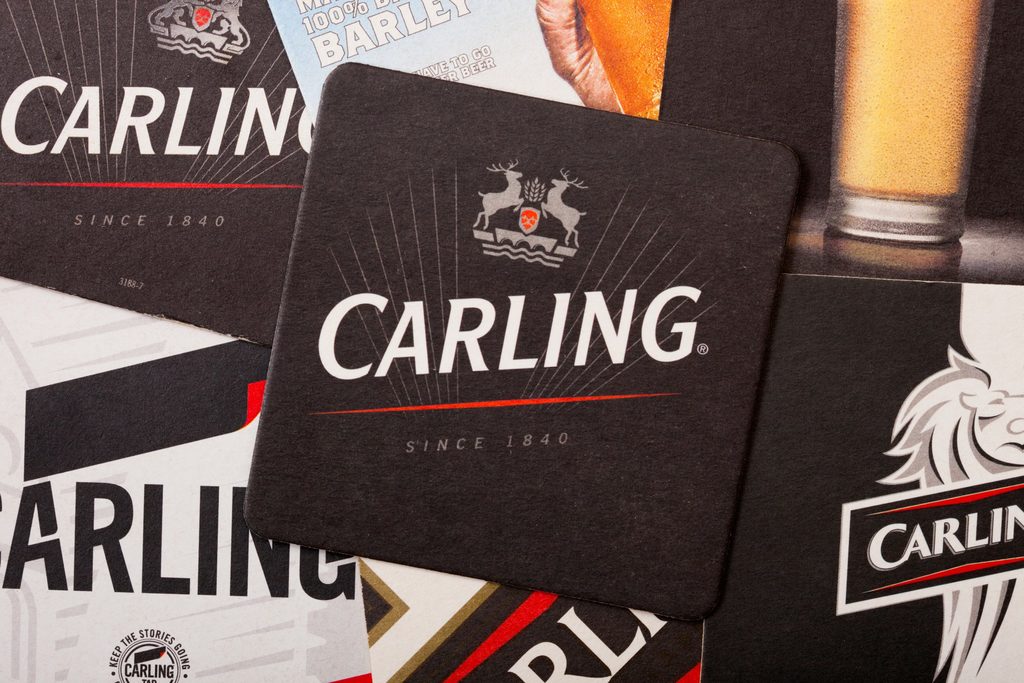 Carling Fact File: Everything You Wanted to Know

Carling is the most popular beer in the UK, it’s not even close! But how many calories are there in a pint of Carling? How much alcohol is there? Is Carling gluten-free? Or vegan? What beers are similar to Carling?

There are 189 calories in a pint of Carling (568ml). Carling claims to be 4% abv but the beer is actually 3.7% abv. Carling is brewed with barley so cannot be gluten-free. Due to its use of isinglass, Carling is not vegan-friendly.

In this article, I will attempt to fully answer the questions above. I will also look at some beers that you may want to try instead of Carling (if you’re ready for a change).

How Many Calories in a Pint of Carling?

As with several other beers that I have researched, it was surprisingly difficult to find the calories in Carling. Luckily, two calorie-counting websites had very similar estimates (187 and 189). This, combined with several newspaper articles that said 189 helped me come to my answer. Once I knew that it was easy to get calorie amounts for cans and bottles of Carling.

How Much Alcohol is There in a Pint of Carling?

Carling claims to be 4% abv, which is quite low compared to most lagers, but similar to beers such as Fosters and Beck’s. But in 2017, Carling managed to avoid a £50 million tax bill by pointing out that its beer was actually 3.7% abv (which is under 4% and is therefore taxed less).

Personally, I’m not that fussed about beer being weak. Means I have less of a hangover the next day, but I can see why Carling fans would feel betrayed by this. If you want something a bit stronger, there is Carling Premier which is 4.7% abv.

Due to Carling using malted barley, there is no way that it can be gluten-free. At the moment, Carling do not offer a gluten-free version of their beer (something that beers such as Old Speckled Hen do). But they could well do so in the future.

Again, it is another no I’m afraid. Carling still uses isinglass to remove sediment and yeast, isinglass comes from fish swim bladders which are obviously not vegan. To learn more about veganism and beer check out my article here.

What Beer is Similar to Carling?

Carling makes a big deal about being British, but the truth is that Carling is a Canadian company (albeit founded by a Yorkshireman who had emigrated there). It is now brewed here, in the same way, that Heineken and Budweiser are brewed here.

But Carling is not an English lager, our country does not have much of a tradition of brewing lagers. If you want to try some English lagers, then there is Camden Hells from Camden Town Brewery. Meantime London Lager is also really good.

Or you’ve got Lost Lager from Scottish Craft Brewery Brewdog.

The truth is though, if you’re looking for fantastic pale lager alternatives to Carling then you’re going to have to search a bit further afield. Germany or Czech Republic are great places to look. Both have a superior brewing tradition when it comes to pilsners.

Here are several German & Czech lagers that you can try instead of Carling if you fancy a change:

Check out my article on Beers in Germany if you would like to learn more about German lagers.