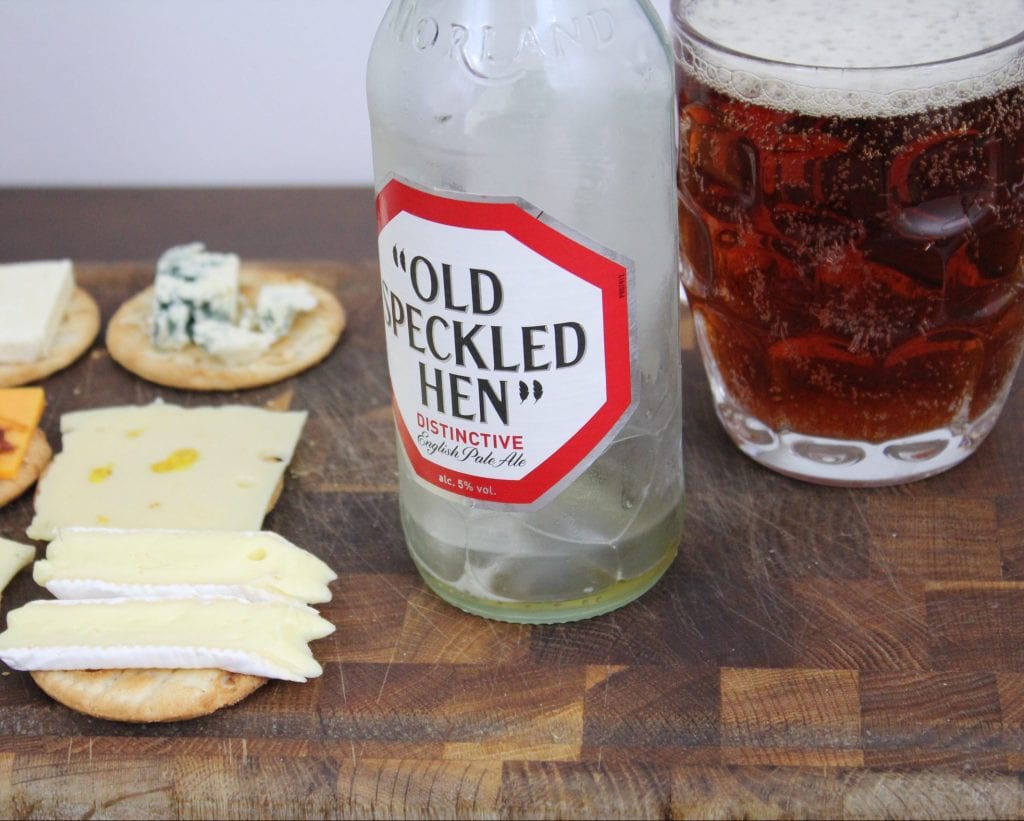 Old Speckled Hen: Everything You Wanted to Know

In this article, I will take a more in-depth look at the questions raised above. I will also do my best to recommend some beers that I think are similar to Old Speckled Hen.

How Many Calories Are There in a Pint of Old Speckled Hen?

There are 51.2 calories per 100ml in Old Speckled Hen. This information was surprisingly difficult to find out as there is a lot of misinformation on Google at the moment, and the Greene King website does not shine a light on the situation. Luckily, I am a very sad man, so I emailed Greene King directly and they confirmed the number. Based on this, here are the calorie counts for Old Speckled Hen.

How Much Alcohol is There in a Pint of Old Speckled Hen?

Sadly not. This is almost certainly due to the use of isinglass to clarify the beer. One of the downsides to real ales is that they are naturally cloudy, so for a long time brewers have used stuff like isinglass to clear the beer. It does not affect the taste, but isinglass comes from fish swim bladders.

What Beer is Similar to Old Speckled Hen?

I love English Pale Ales such as Old Speckled Hen. Not to be confused with English IPAs, or American IPAs. Most of the real ales people talk about are in fact pale ales. If you really like Old Speckled Hen then there are a number of beers that are similar to it.

Fuller’s London Pride is one of the best English Pale Ales. Black Sheep Ale is an excellent pale ale from Yorkshire. I’ve already talked about John Smith’s and Tetley’s, they are not as good as Old Speckled Hen or the others in this section, but they are two of the most popular pale ales in the UK and deserve at least a mention.

Other English beers you may want to consider include Doom Bar, Hobgoblin, Timothy Taylor’s Landlord, St Austell’s Tribute, Harvey’s Best Sussex Bitter, and Badger Best Bitter from Hall & Woodhouse. Bitter is a form of pale ale by the way.

If you would like to learn more about English beer, then check out my article on the best beers to drink in England. You will find a number of pale ales similar to Old Speckled Hen, plus some excellent IPAs, stouts, porters, and craft breweries.

Alternatively, you can check out my article on beer in London which gives a great history of English Pale Ale.