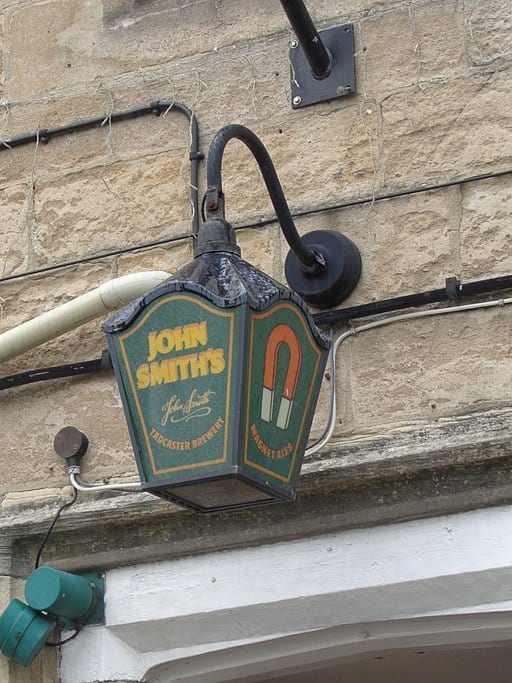 John Smith’s Fact File: Everything You Wanted to Know

John Smith’s is one of the most popular ales in the UK and is still going strong despite increased competition. But how many calories are there in a pint of John Smith’s? How much alcohol? Is John Smith’s gluten-free? Or vegan?

In this article, I am going to fully answer each question about John Smith’s, and I will also list some beers that are similar in case you fancy something a little different.

How Many Calories Are There in a Pint of John Smith’s?

How Much Alcohol is There in a Pint of John Smith’s?

With some beers, the question of whether they are gluten-free or not becomes quite complicated. But John Smith’s is very clear. Their beer is absolutely NOT gluten-free. Not only does it contain malted barley, but it also contains wheat. Both malted barley and wheat contain gluten. This is one beer to avoid if you are gluten-intolerant.

I’m afraid not, as is the case with many English ales, John Smith’s almost certainly uses isinglass (or similar) to clarify their beer. Making it unsuitable for vegetarians or vegans as isinglass comes from fish. To learn more about isinglass, check out my article here.

What Beer is Similar to John Smith’s?

There are many beers that are very similar to John Smith’s. Tetley’s Bitter is very similar, from Yorkshire, similar alcohol content, similar beer style. Then there are other creamy bitters such as Boddington’s and Worthingtons.

But as I wrote in my Tetley’s bitter article, these type of beers tend to be a bit lacking in flavour. If you fancy something with a little more punch, then Black Sheep Ale, Fuller’s London Pride, Greene King’s Abbot Ale, and Timothy Taylor’s Landlord are great shouts.

Or you can go even further, and try a Hobgoblin from Wychwood brewery. In fact, why not check out my article on what beer to drink in England where I lay out my top ten English beers (and some craft breweries that I like).

It’s not like I dislike John Smith’s beer. It serves a purpose. If the pub is well run, and the beer lines are clean, then a pint of John Smith’s can go down a treat. Thanks to its low alcohol content it is a great beer for having at lunchtime! Compare that to a Belgian beer that is 7% or something, and you can see why I’d stick to the former if I planned on doing any work afterwards.