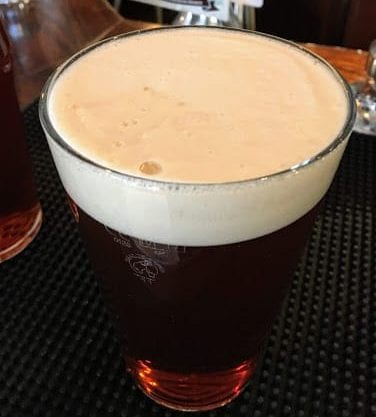 Boddingtons Fact File: Everything You Wanted to Know

Boddingtons used to be one of the most popular beers in the UK, even managing to get a mention in 90s sensation Friends. But how many calories are there in a pint of Boddingtons? What is the alcohol percentage? Is Boddingtons gluten-free? Is it vegan? What beer is similar to Boddingtons?

In this article, I will be fully-answering all of the questions mentioned above. I will also mention several beers that I believe are similar to Boddingtons or a good replacement if you fancy a change.

How Many Calories Are There in a Pint of Boddingtons?

According to the trusty Tesco website, there are 29 calories per 100ml in Boddingtons. This is very low for a beer. Could Boddingtons be the ideal beer for dieting? Check out my article on drinking beer while losing weight to read my thoughts on the subject.

How Much Alcohol is There in a Pint of Boddingtons?

For a long time, Boddingtons in the UK was brewed at 3.8%, but in 2008 they lowered the alcohol even further to just 3.5%. This is a real shame, as it signifies the effects of big breweries such as Anheuser-Busch taking over independent breweries and cheapening them.

First, they removed Boddingtons from its home (Manchester), then lowered the alcohol percentage, then stopped spending any money on marketing. Now the beer is largely forgotten.

Sadly not, Boddingtons is brewed with malted barley, which contains gluten. Therefore Boddingtons cannot claim to be gluten-free.

What Beer is Similar to Boddingtons?

Boddingtons is a bitter, and England has many bitters to choose from. The most obvious comparisons would be John Smith’s and Tetleys, which are both from Yorkshire. The three beers are virtually identical, focussing on a very creamy head, low alcohol, and a neutral taste.

If you’re interested in trying some English ales with a bit more taste then there are many to choose from. Hobgoblin by Wychwood brewery is an excellent beer with a strong flavour. Timothy Taylor’s Landlord is a good step up from Boddingtons, as is Black Sheep Ale. London Pride by Fuller’s is another excellent choice.

Check out my article on Beer in England, where I list my top ten favourite English beers, as well as some excellent craft breweries.

What Happened to Boddingtons?

When I was younger, Boddingtons was one of my favourite beers. I turned 18 in 2005, but as with most teenagers in England, I was a pretty experienced beer drinker by then. Around the year 2000, Boddington was very popular. Maybe not as famous as the big lagers, but up there. It had cool adverts and great marketing.

It was mentioned in Friend’s, it sponsored the Manchester Commonwealth Games. You would see it in pubs. Today? I don’t remember the last time I saw it being served in a pub, and I was in Manchester in January! It has vanished. Sure, you can still find the new weaker version in supermarkets, but even that is pretty rare.

It’s a shame. I know that a lot of beer aficionados berate Boddingtons for its lack of taste and strength. But I have great memories of it. My dad and I painting my bedroom circa 2002 with a keg of Boddingtons chilling on the windowsill and Oasis on cassette.

I guess nostalgia is heavily influencing my enjoyment of Boddingtons, but writing these articles definitely brings it all back. I had a can of John Smith’s the other day. It was terrible and great at the same time. Cold, tasteless, thirst-quenching, boring, memory-filled. I imagine that Boddingtons would be the same.