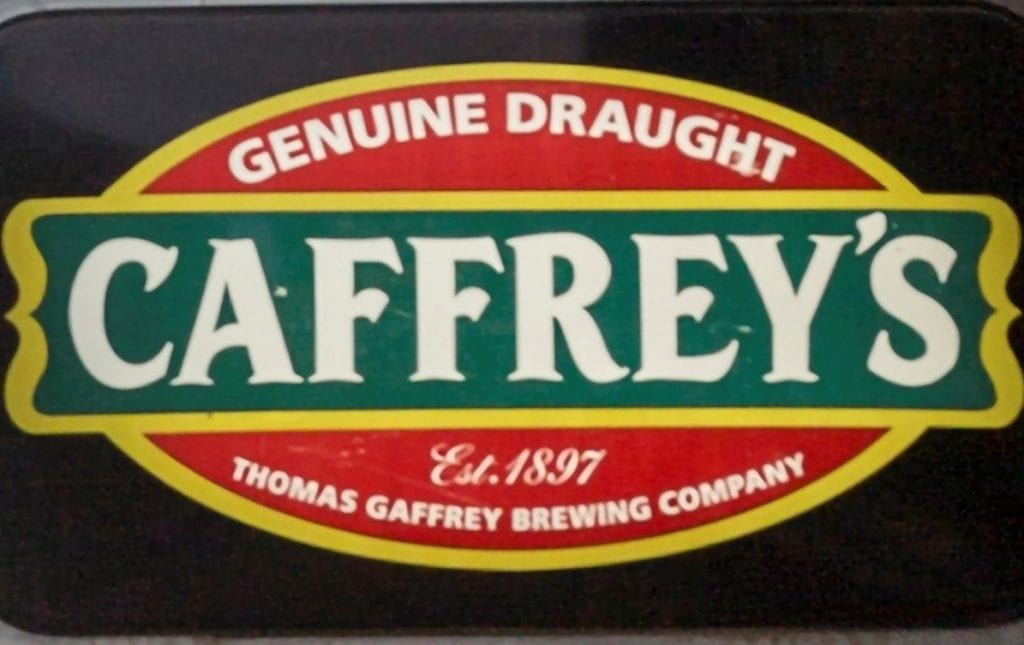 Caffrey’s Fact File: Everything You Wanted to Know

Caffrey’s Irish Ale is now brewed exclusively in England, and its popularity has dropped in the last decade or so. There is still a decent market for this creamy beer. But how many calories are there in Caffrey’s? How strong is it? Is Caffrey’s gluten-free? Or vegan? What beer is similar to Caffrey’s? Let’s find out.

There are 210 calories in a pint of Caffrey’s (568ml). It is currently 3.8% abv, but used to be 5.2% when it first came out. Due to Caffrey’s being brewed with both barley and wheat, it cannot be gluten-free. Caffrey’s is most-likely not vegan.

In this article, I will go into more detail answering the questions raised above. I will also look at beers that are similar to Caffreys, now that it is getting so hard to find.

How Many Calories Are There in Caffrey’s?

As there is no Caffrey’s website, and Molson Coors only provides calorie information for their US drinks, it is impossible to say for certain how many calories there are. However, after much research, I have found that 37 calories per 100ml is the most commonly cited number. So I will use that.

If there were a way of emailing the company to find out for certain, I would do that. But it doesn’t seem possible right now.

How Much Alcohol is There in Caffrey’s?

Caffrey’s is currently just 3.8% abv, which is quite low for a beer. Though it is similar to beers such as John Smith’s, Tetley’s, Worthington’s, and Boddingtons. When it was first brewed it was 5.2%, but this was lowered to 4.2% at the beginning of the 21st Century, and further lowered in 2010 to 3.8%. This puts it under the 4% tax bracket, making it cheaper to produce and sell in the UK.

Again, no website to confirm either way, but due to Caffrey’s being brewed with both barley and wheat, I can say for certain that it contains gluten. Probably more gluten than many beers. If you have a gluten allergy then this would be a beer to avoid.

I’m really not sure, to be honest. There is no website to tell me. However, I would hazard a guess that Caffrey’s would not be vegan-friendly on draught, but might be vegan-friendly in can form. Without confirmation, it would be sensible to err on the side of caution and avoid if you are vegan.

Check out my article on beer and veganism here if you would like to learn more.

What Beer is Similar to Caffrey’s?

The most obvious comparison to Caffrey’s would be the English creamy ales: Boddington’s, Tetley’s, John Smith’s, and Worthington’s. All of these beers are low-alcohol, creamy, and quite neutral tasting.

You also have Irish beers that are quite similar. Smithwick’s is a decent choice, or you have Nitro Red Ale from Irish craft brewery Porterhouse, which is possibly the best Irish ale out there. Check out my article on beer in Ireland to learn more about this excellent brewery and many others.

Sadly, I believe that Caffrey’s is being slowly removed from sale by Molson Coors, in the same way that Boddington’s, Tetley’s etc are also seen less and less. It feels like the days of the nitro ales are numbered. This is mainly due to much better competition, the rise of craft breweries, and a decline in ale drinking.

It’s a shame, but even as someone who enjoyed Caffrey’s as a teenager, I have to admit the beer is not particularly good. There are better Irish ales out there, and there are certainly better English ales out there!