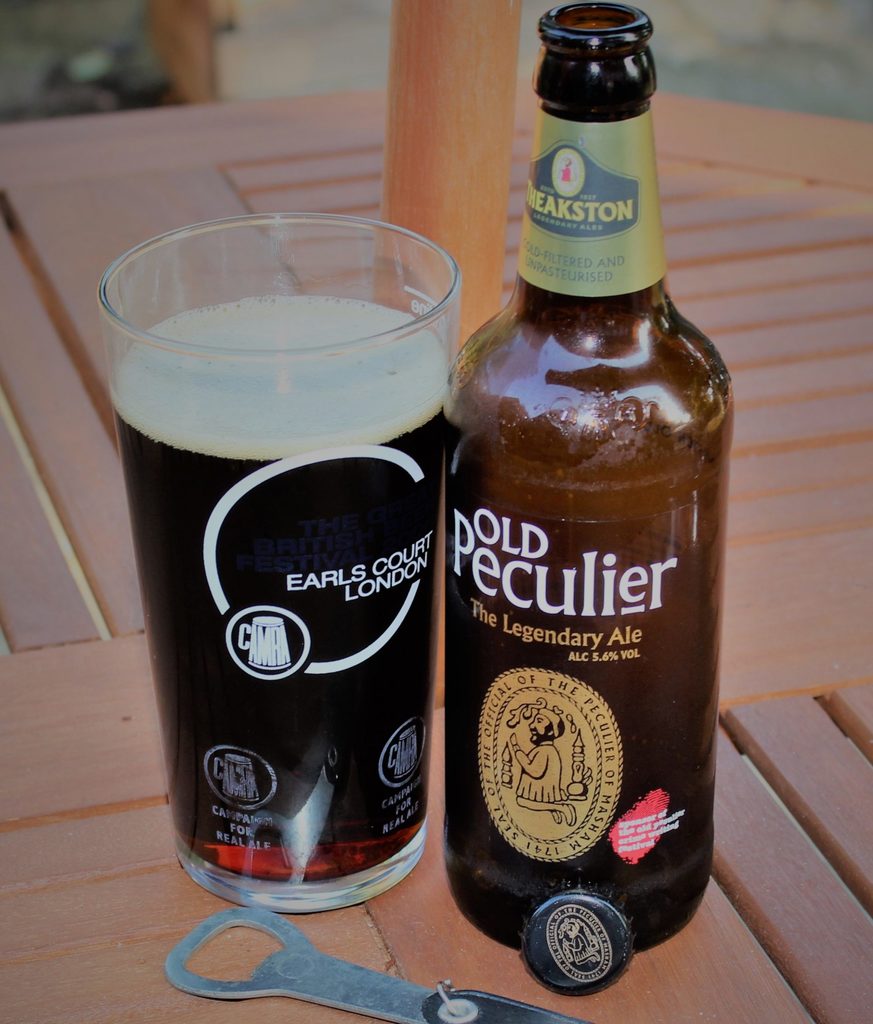 Theakston Old Peculier: Everything You Wanted to Know

Theakston Old Peculier is one of the most well-known ales in England, having been brewed since at least 1890. But how many calories are there in a pint of Old Peculier? How strong is it? Is Old Peculier gluten-free? Or vegan? What beer is similar to Old Peculier? Let’s find out.

There are 301 calories in a pint of Old Peculier (568ml). It is 5.6% abv. Due to the use of barley and wheat in the brewing process, Old Peculier cannot be gluten-free. Old Peculier is not vegan, as it uses isinglass finings to clarify the beer.

In this article, I will take a closer look at the questions raised above. I will also recommend several beers that are similar to Old Peculier, in case you fancy something different.

How Many Calories Are There in a Pint of Old Peculier?

Despite being one of the oldest breweries in the country, Theakston has a very up-to-date website, and I managed to find the calorie information on it. There are 53 calories per 100ml in Theakston Old Peculier. Using this information, I am able to work out the calorie content of the different serving sizes.

How Much Alcohol is There in a Pint of Old Peculier?

Sadly not, Old Peculier is brewed with malted barley and wheat, both of which are sources of gluten. There does not appear to be a gluten-free version of Old Peculier on the cards either. Something that Greene King has started to do with their beers.

No. Like a lot of English Ales, Old Peculier has isinglass finings added to the brew as a way to clarify it. This means removing the sediment from your beer, and preventing it from being cloudy. Isinglass finings come from fish swim bladders, and are therefore not vegan-friendly. Check out my article on whether beer is vegan or not to learn more about this.

What Beer is Similar to Old Peculier?

Theakston would tell you that nothing is similar to Old Peculier, and in a way they are right. It is a very old recipe, and one that is rarely copied. I don’t want to get too technical (I’m literally incapable of doing so), so I will keep it simple.

Old Peculier is often described as an “old ale” style. Stronger than most ales, and aged longer. Old ales tend to be darker in colour than most ales. In a way, they are similar to English IPAs in that they tend to be stronger and more mature than pale ales. But there isn’t the same hoppiness.

I’d say that a strong ale such as Black Sheep Ale would be a decent alternative, or King Goblin by the Wychwood brewery.