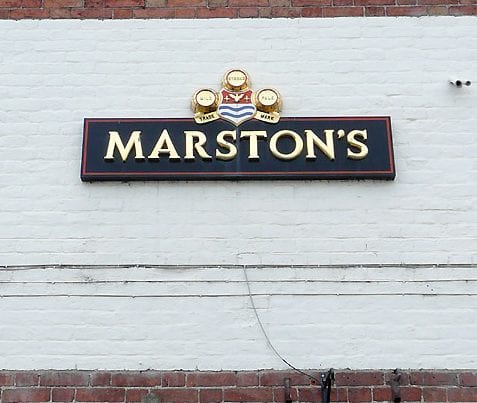 Marston’s Pedigree: Everything You Wanted to Know

There are 267 calories in a pint of Marston’s Pedigree (568ml). The alcohol content is 4.5% abv. Pedigree is not gluten-free as it contains malted barley. Nor is it vegan, as they use isinglass to clarify their beer and remove sediment.

In this article, I will attempt to answer the questions mentioned above with a little more detail. I will also talk about beers that are similar to Pedigree if you fancy something new.

How Many Calories Are There in a Pint of Marston’s Pedigree?

This was a difficult answer to find, the official website did not mention the calories. There were also several different websites each mentioning a different calorie content. Annoying! However, the modal average was 47 calories per 100ml, and nutracheck (which used this estimate) is in my experience the most accurate. So I went with this.

How Much Alcohol is There in a Pint of Marston’s Pedigree?

Unlike many English ales, there does not appear to be a difference in alcohol content between cask beer (pints) and cans and bottles. All are 4.5% abv which is a standard alcohol content for pale or amber ales.

Sadly not, Marston’s Pedigree is made with malted barley, which contains gluten.

No, all of the beers brewed by Marston’s are filtered with isinglass. This is a fish swim bladder that clears out the sediment and yeast, preventing beer from being cloudy. If you would like to learn more about this, check out my articles on beer and veganism, and on unfined beer.

What Beer is Similar to Marston’s Pedigree?

If you look at a bottle of Marston’s Pedigree, you will see it described as an amber ale. But a more accurate description would be a pale ale. This is a common English beer style, and there are hundreds of excellent beers to choose from.

I really enjoy a pint of Pedigree, so please don’t think that I’m naming replacements because they are better. They are just other beers you may like if you happen to enjoy Pedigree.

Doom Bar is a great first choice, then there is Old Speckled Hen. Greene King’s Abbot Ale is another excellent choice. Then you’ve got Badger’s Best Bitter by Hall & Woodhouse brewery, Black Sheep Ale, or some Hobgoblin (which is technically a ruby ale). Fuller’s London Pride is another quality beer to add to your collection.

You’ve also got the other beers in the Marston’s line. Their EPA beer is very similar. Or, if you enjoy a stronger beer with a more hoppy aroma, you’ve got their Old Empire IPA which is absolutely stunning.

Check out my article on Drinking Beer in England, where I’ve named my favourite English beers, and have also talked about the craft beer scene in this country.