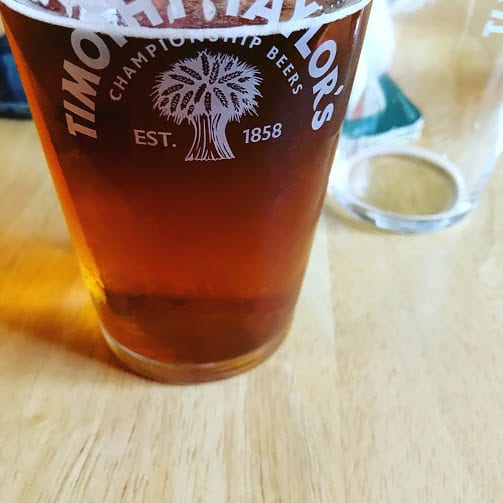 Timothy Taylor’s Landlord: Everything You Need to Know

Landlord by Timothy Taylor’s is one of the most popular ales in the UK. But how many calories are there in a pint of Landlord? How strong is it? Is Landlord gluten-free? Or vegan? What beer is similar to Landlord? Let’s find out.

In this article, I will be answering the above questions more thoroughly. I will also talk about beers that are similar to Landlord, in case you fancy something slightly different.

How Many Calories Are There in a Pint of Landlord?

How Much Alcohol is There in Landlord?

As I mentioned earlier, Timothy Taylor’s Landlord is unusual in that the cask version is stronger than the bottled version. The cask is 4.3% while the bottle is just 4.1%. Granted, the difference is minimal, but it is still pretty rare.

Timothy Taylor’s Landlord is not gluten-free. This is because it is brewed with malted barley which contains gluten. There is currently no gluten-free version of Landlord, though there may be in the future. Greene King has started to brew gluten-free versions of its most popular beers.

According to the website, none of the beers brewed at Timothy Taylor can be classified as vegan. They all use isinglass finings to clarify the beer and remove sediment. Check out my article on vegan beers to learn more about isinglass.

What Beer is Similar to Landlord?

I really like Timothy Taylor’s Landlord, but it isn’t the most exciting beer in the world. It’s almost always well kept, has a fine taste, and is a great session beer. There are many beers similar to it, but most beer drinkers would rank Landlord in their top 5 or even top 1.

If you would like to learn more about English pale ales, check out my article on what beer to drink in England. In it, I discuss the different beers that England is famous for, and mention ten of my favourite beers. I also talk about the craft beer revolution that is going on in this country.

While England may not have the international acclaim of Germany or Belgium when it comes to beer, I genuinely believe that our beer culture is massively underrated. Check out my article on the subject to see what I mean.

Previous Post Duvel Fact File: Everything You Wanted to Know Next Post Will Bodybuilding Affect Height? Your Questions Answered