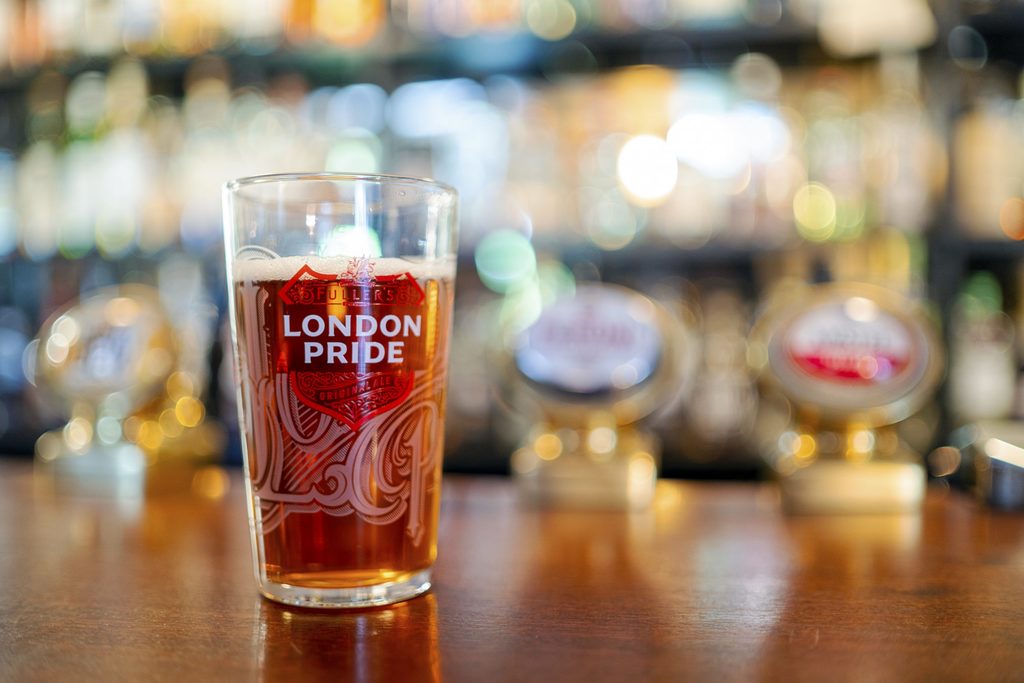 London Pride Fact File: Everything You Wanted to Know

London Pride by Fuller’s is one of the most popular real ales in the UK. But how many calories are there in a pint of London Pride? What strength is it? Is London Pride gluten-free? Or vegan? What beer is similar to London Pride? Let’s find out.

There are 201 calories in a pint of London Pride (568ml). The beer is 4.1% alcohol and 4.7% in bottle form. Due to London Pride being brewed with barley, it cannot be gluten-free. The cask version of London Pride is not vegan-friendly, but the bottled version appears to be.

In this article, I will try to properly answer each of the questions mentioned above. I will also talk about beers that are similar to London Pride.

How Many Calories Are There in a Pint of London Pride?

According to Fuller’s website, there are 39.45 calories per 100ml of London Pride. However, there is a different calorie content for the cask version. So, if you were to drink a cask pint in the pub, the ratio is actually 35.5 calories per 100ml (Fuller’s only provided the kilojoules, so I converted 148.39kj into kcal).

So to clear things up, if you had two bottles of London Pride, and poured yourself a 568ml pint, you would be consuming 224 calories. But if you drank a pint of cask London Pride in a pub it would only be 201 calories. I hope this makes sense.

This information took me ages to find. I even emailed the company! After almost giving up on this article, I managed to find the answer. I did this by going onto the Asahi website (they own Fuller’s now), clicking on their product range, searching for London Pride, getting redirected to the Fuller’s website and scrolling to the bottom of the article.

It is amazing how many websites give the wrong estimate for calories in this beer (and many others). Myfitnesspal.com is almost always wrong! Newspaper articles that mention London Pride were almost all wrong too! What I think happens is that one person puts up a wrong total, and then everyone follows it.

How Much Alcohol is There in a Pint of London Pride?

No. Due to London Pride being brewed with barley, it cannot be described as gluten-free.

Again, there appears to be a difference between the bottle/kegs and cask beer. Apparently, the cask beer is not vegan-friendly as it has isinglass added to the brew. This removes sediment and yeast and stops the beer from being cloudy. Isinglass is collagen that comes from fish swim bladders and is not vegan. Check out my articles on vegan beer and unfined beer to learn more.

According to this article though, the bottled version of London Pride is vegan. I found the whole thing quite confusing though, and if I were vegan I’d probably avoid it to be on the safe side.

What Beer is Similar to London Pride?

There are lots of beers that are similar to London Pride, whether they are better or worse is down to your own personal taste. I absolutely adore London Pride, it is one of my favourite beers. I’ve written about it in my article on beers in London and placed it on my top ten list of English beers.

The obvious beers to mention that are similar to London Pride would be Harvey’s Best Sussex Bitter, Old Speckled Hen, Hobgoblin, Badger Best Bitter, Doom Bar, Tribute Ale, Black Sheep Ale, and Abbot Ale. All these beers have their differences to Pride, but all are fantastic examples of English ale, just like Pride is.