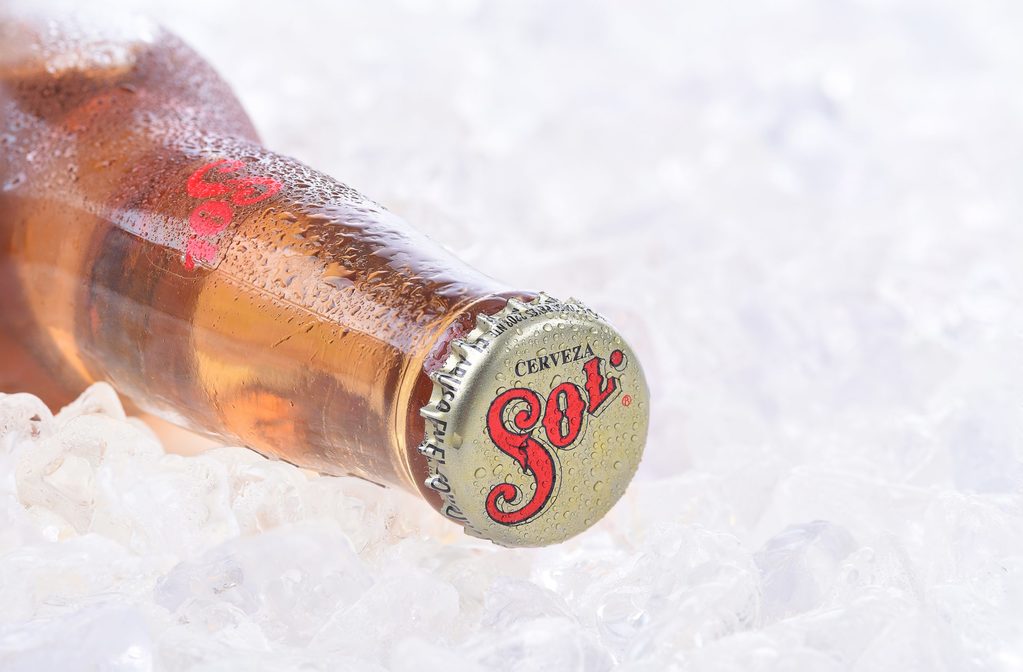 Sol Fact File: Everything You Wanted to Know

Think of a Mexican beer … No, not that one. The other one. That’s right. Sol. Everyone’s second favourite Mexican beer. Sol is one of the best-selling beers in the world. But how many calories are there in a bottle of Sol? What is the alcohol content? Is Sol gluten-free? Or vegan? What beers are similar to Sol?

In this article, I will attempt to fully-answer all of the questions raised above. I will also take a look at beers that are similar to Sol, if you are in the mood for something slightly different.

How Many Calories Are There in a Bottle of Sol?

According to several websites, the number of calories per 100ml in a bottle of Sol is 37. Using this information, I’ve been able to work out the calorie content of different sized bottles. This information is based on the UK beer, which is 4.2% abv. The Mexican (original) bottle may be slightly different, but we’re only talking a couple of calories difference.

How Much Alcohol is There in a Bottle of Sol?

The original, Mexican bottle of Sol contains 4.4% abv. However, the Sol that is brewed in the UK by Heineken is only 4.2%. I’ve noticed that there are quite a lot of beers that are lower-alcohol in the UK than in their home country. This could well be due to the UK’s taxation laws, or perhaps we’re just getting screwed over! If you want stronger Sol, then importing the Mexican version would be your best bet.

No, Sol is brewed with barley. This is a source of gluten, so Sol cannot be considered gluten-free.

Yes, Sol is vegan. Unlike English beers such as Hobgoblin or London Pride, Sol does not use isinglass to clarify its beer. This means that there are no animal products used in the brewing of Sol and it can therefore be classified vegan-friendly.

What Beer is Similar to Sol?

The most obvious choice for a beer similar to Sol would be Corona. The two beers look almost identical, both are served with a wedge of lemon or lime, and both taste very similar. Of course, there are many other Mexican beers. Some of which are far superior (in my opinion). Not that I dislike Sol or Corona. They are fine if a little bland.

Sol is a Bohemian-style pilsner, which means that the beer is based on Czech pilsners. In fact, a lot of Mexican beers were inspired by Austria and Germany. But in this case, it’s definitely Czech beer that was the inspiration.

It would make sense to try Czech pilsner if you are looking for something similar to Sol. There are many to choose from. Budvar is superb, Staropramen, Kozel, Pravha, Pilsner Urquell. Any of these beers will be a revelation when compared to Sol.

You have also got German pilsners such as Rothaus, Flensburger, Beck’s, Oettinger’s, Holsten Pils, and Bitburger. Then there are other forms of German beer that are similar to Sol: Kolsch, ABK Helles, Spaten Helles, and Paulaner. Helles beer is similar to pilsner, but often has a slightly maltier taste.

Pilsner is the most common beer style in the world, and it is particularly popular in hotter countries such as Mexico, Portugal, Turkey, and Cyprus. Almost all of your favourite lagers from across the globe will be a form of pilsner. Which is great news if you want something similar to Sol!