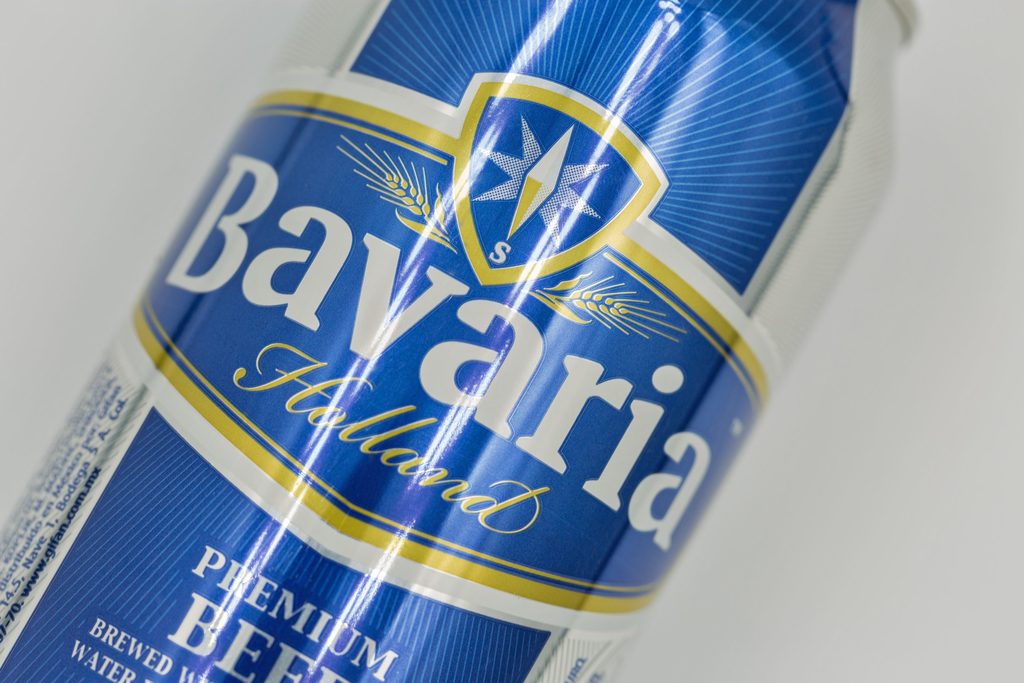 Bavaria Beer Fact File: Everything You Wanted to Know

Bavaria beer is a Dutch beer that has gained a lot of popularity in the UK recently. But how many calories are there in Bavaria beer? How strong is it? Is Bavaria beer gluten-free? Or vegan? What beer is similar to Bavaria beer? Let’s find out.

There are an estimated 120 calories in a 330ml bottle of Bavaria beer. The alcohol content for Bavaria Premium is 4.3% abv. Due to containing malted barley, Bavaria cannot be considered gluten-free. However, it does appear to be vegan-friendly.

In this article, I will look more closely at the questions raised and try to find a beer that is similar to Bavaria beer. In case you fancy a change.

How Many Calories Are There in Bavaria Beer?

Finding the calories for Bavaria beer has been a particularly frustrating experience. The website doesn’t mention calories at all, and almost every calorie-counting website focusses on the zero alcohol version of Bavaria. So I’ve had to use a Beer Calorie Calculator to estimate the calories. The estimate came to 36.48 calories per 100ml.

I cannot guarantee that this is the correct calorie value. The calculator has a 5% margin for error. But unless the Bavaria beer website gets updated at some point in the future, this is the best we’ve got!

If Bavaria releases their calorie content then I will of course update this page.

How Much Alcohol is There in Bavaria Beer?

No. Bavaria beer, like most beers, is brewed with malted barley. As this contains gluten, the beer cannot be considered gluten-free.

Yes. Unlike many English ales, Bavaria beer does not require the use of isinglass finings to remove sediment and clarify the beer. Check out my article “Is Beer Vegan?” to learn more about isinglass and its effect on beer.

What Beer is Similar to Bavaria Beer?

You’d have to say that most Dutch beers would be similar to Bavaria beer: Amstel, Heineken, Grolsch. Or you’ve got German beers such as Beck’s, Holstein Pils, or Veltins. The Belgian beer Jupiler is also quite similar (though I would argue that Bavaria just about edges it).

I first drank Bavaria while in Amsterdam 2006 (I trace all my memories to England World Cup performances), it was everywhere. Funnily enough, I did not drink any of the famous Dutch beers on that holiday. It was a great beer, and now it is of course all wrapped up in nostalgia for me.

I’ve found that a lot of beers that I enjoy are either due to being amazing quality or through being connected to a memory from my youth. This is probably why I get frustrated with so-called Beer Connoisseurs, who look down their noses at “lesser” beers such as this.

Bavaria is cheap, tastes nice, and has a cool crisp taste that signifies a decent pilsner. Are there better alternatives? Yes, particularly Czech or German pilsners. But Bavaria is a great choice if you are handed it at a BBQ or see it on offer in the supermarket.