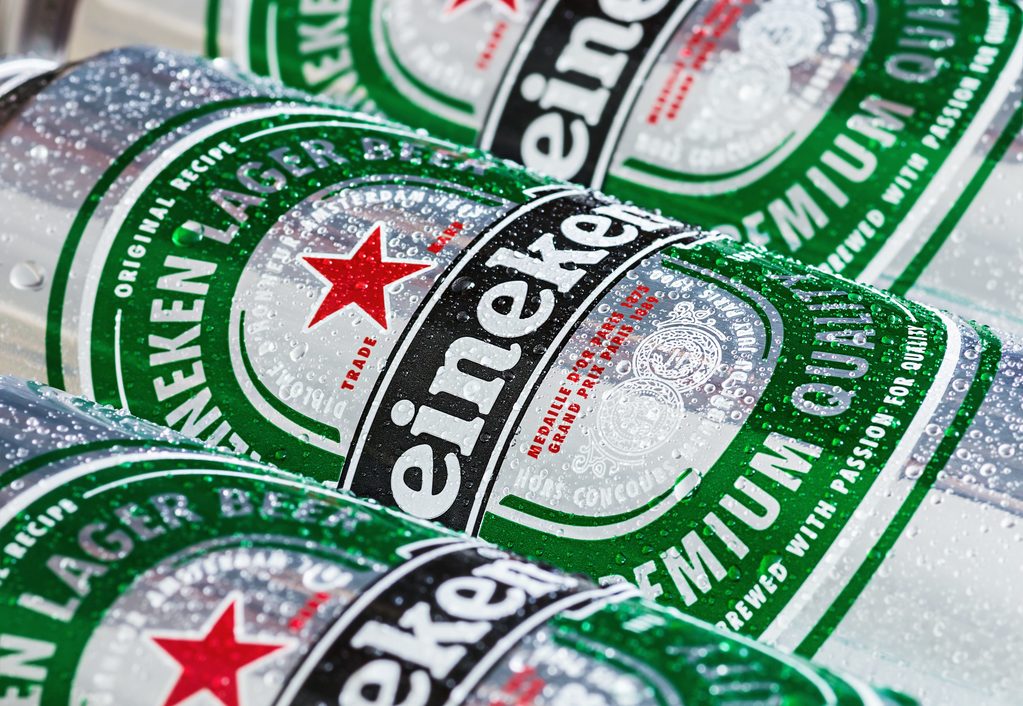 Heineken Fact File: Everything You Wanted to Know

Heineken is one of the biggest breweries in the world, with a massively popular beer. But how many calories are there in a pint of Heineken? How much alcohol? Is Heineken gluten-free? Or vegan-friendly? Are there beers that are similar to Heineken?

A pint of Heineken has 239 calories. It is 5% alcohol, and it is vegan-friendly. Heineken is not gluten-free, though it contains such small amounts that it is sometimes classified as such.

In this article, I will be expanding on each of these points to give you a better understanding. I will also help you to find beers that are similar to Heineken if you’re feeling adventurous.

How Many Calories Are There in a Pint of Heineken?

According to the Heineken website, there are 42 calories per 100g of beer in each Heineken. Using this information, I have been able to work out how many calories are there in a pint of Heineken, in a bottle, and in a can.

How Much Alcohol is There in a Pint of Heineken?

While some beers can differ in alcohol based on your location, or even whether it is served in a bottle or can, Heineken is a uniform 5%. You can now purchase a non-alcoholic version of Heineken if you are looking for something a little different.

There is quite a bit of debate about whether Heineken is actually gluten-free or not. The truth is that Heineken is NOT gluten-free, as it contains small traces of gluten. However, if a food or drink has a level of gluten below 20 ppm then it is allowed to call itself gluten-free. Most people who can’t consume gluten can handle very low levels. But some people can’t, in which case Heineken is not for them.

What Beer is Similar to Heineken?

Heineken is a pale lager, meaning that it is the most popular beer style in the world. There are thousands of beers that will taste similar. You don’t even have to leave the Netherlands (where Heineken is brewed) to find several similar beers:

Alternatively, you could check out some of the Dutch craft brewing scene, which is absolutely thriving. Or you could be very adventurous and try some strong beers such as La Trappe. Apparently, in the 19th century, Dutch beer was similar to Belgian beer rather than German or Czech.

Then there are beers that are similar from neighbouring countries such as Jupiler or Stella Artois which are brewed in Belgium. Holsten Pills, Becks, Flensburger, Rothaus, Jever, beers from Germany. Or you can try Polish beers or Czech beers.

Budvar, the original Budweiser is an excellent pilsner (pale lager) as is Staropramen, Pilsner Urquell, Pravha, and Kozel. These are the beers that inspired the Germans to brew pilsner, which in turn inspired the Dutch.

I’m not saying that Heineken is bad, it’s a well made mass-produced lager. Heineken’s brewing process has helped them to dominate the beer world. However, there are many alternatives that are (in my opinion) better. Check out (or Czech out if you love a pun) Pilsner Urquell or Staropramen if you can. They are best served in small beer mugs. They have a beautiful crisp taste, this is how pilsner is supposed to be.