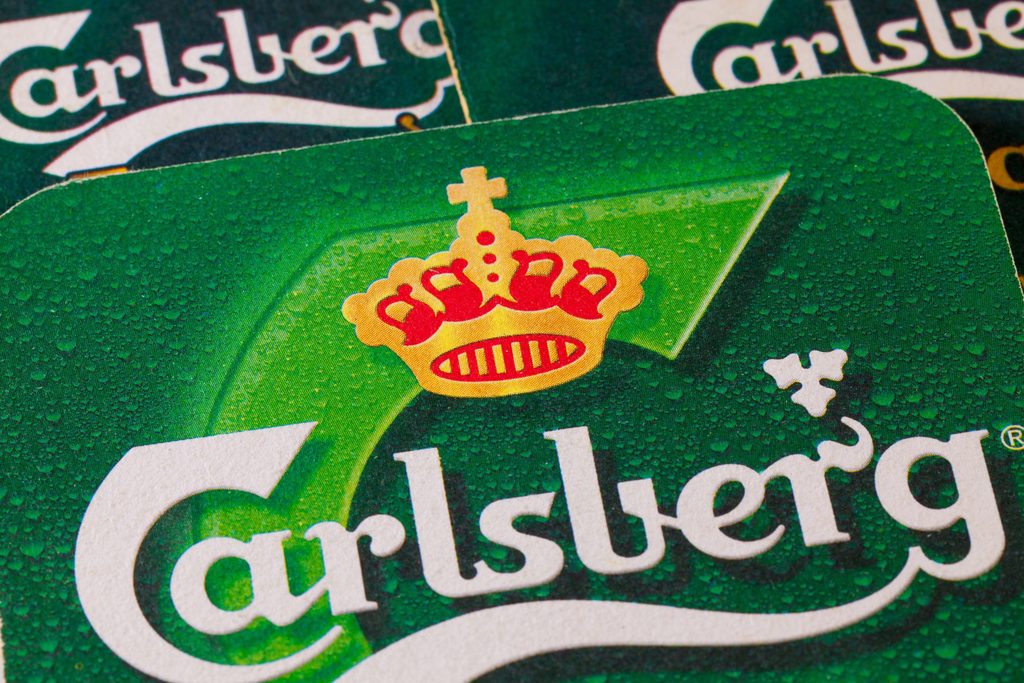 Carlsberg Fact File: Everything You Wanted to Know

Carlsberg is one of the most popular beers on earth, but how many calories are there in a pint of Carlsberg? How much alcohol is there? Is Carlsberg gluten-free? Or vegan? What beers are similar to Carlsberg? In this article, I will attempt to answer all of these questions.

There are 210 calories in a pint of Carlsberg Pilsner (568ml). It is 3.8% alcohol (Carlsberg Export is 4.8%). Carlsberg is not gluten-free as it is made with malted barley. However, Carlsberg is vegan-friendly as it does not use any animal products during production.

In this article, I am going to go into more depth while answering each of the questions listed above. I will look at the calorie content of cans and bottles of Carlsberg, will talk more about whether Carlsberg is gluten-free or not, and will explain why Carlsberg can be described as vegan-friendly. At the end, I will look at some alternatives to Carlsberg that you may want to try out.

How Many Calories Are There in a Pint of Carlsberg?

According to the Carlsberg website, a 330ml bottle of Carlsberg pilsner contains 122 calories. This means that there are 37 calories in 100g of Carlsberg. Using this information I have worked out the different calorie contents of Carlsberg in bottles and cans.

How Much Alcohol is There in a Pint of Carlsberg?

Carlsberg is a surprisingly low-alcohol beer, containing just 3.8% alcohol in its regular pilsner. Carlsberg Export is quite a bit stronger at 4.8% alcohol, then there are even stronger versions such as Carlsberg Special Brew which is 7.5%. Special Brew has a bad reputation in Britain, as it is seen as a beer for alcoholics, but compared to many Belgian beers it isn’t actually that strong.

No. Unlike many beers there is no grey area here, Carlsberg’s own website points out that Carlsberg is NOT gluten-free. This is due to the use of malted barley that contains gluten. Many drinks companies like to point out that the levels of gluten are very low, but Carlsberg just sticks to the facts.

What Beer is Similar to Carlsberg?

First off, you have got Carlsberg Export, which is a slightly stronger tasting (and higher abv) version of Carlsberg pilsner. I much prefer this version, though enjoy both. You also have Tuborg, which is owned by Carlsberg but is a separate brewery.

You also have FAXE beer, which is another Danish brewery. FAXE cans can be absolutely ginormous! They do a 1 litre sized can (roughly two pints worth of beer), and it is really good.

But you don’t need to stick to Danish beer, you can try German pilsners. Particularly in the North of Germany. The beers round here have influenced and have been influenced by Danish breweries for a long time.

Holsten pilsner, Beck’s, and Flensburger are great examples of German pilsners that are similar to Carlsberg. Then you have got Darguner brewery that was founded by Danish monks! Bitburger is another good example.

You can also look at Polish beer, Hungarian beer, Czech beer, and even Austrian beer for examples of pilsners that will remind you of Carlsberg while offering you something a little different.