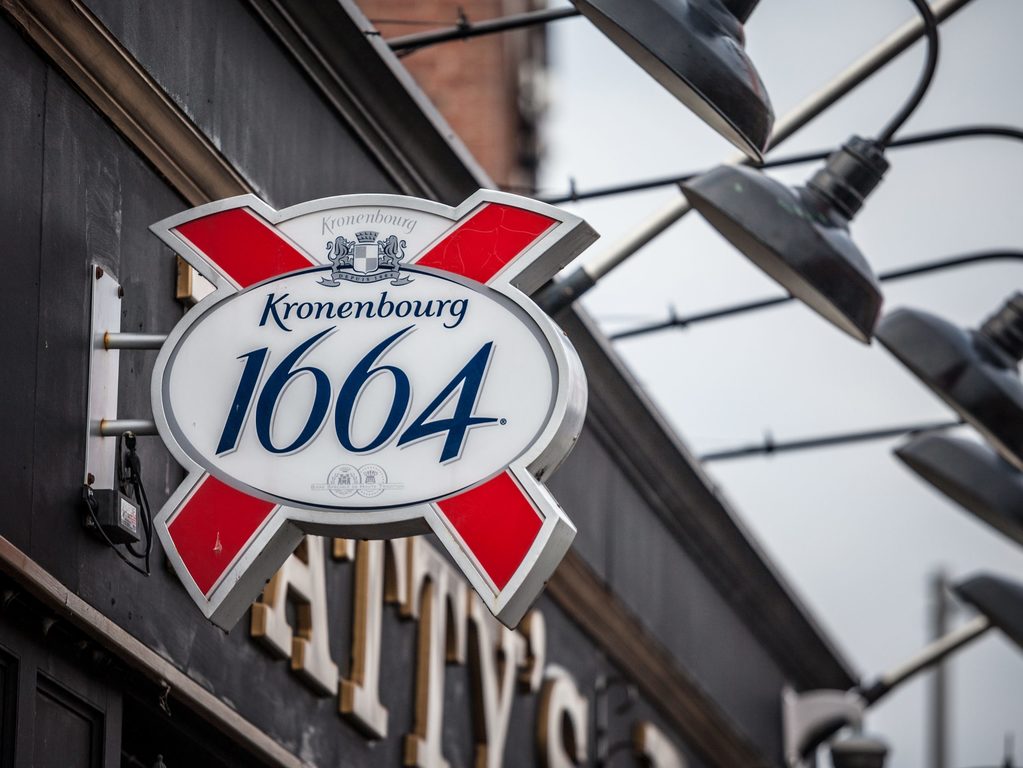 Kronenbourg 1664 Fact File: Everything You Wanted to Know

Kronenbourg 1664 is France’s best-known beer and is incredibly popular in the UK. But how many calories are there in a pint of Kronenbourg? How much alcohol is there? Is Kronenbourg gluten-free? Or vegan? What beers are similar to Kronenbourg? This article will attempt to answer all these questions.

In this article, I will go try to answer each question in more detail. I will also give you my recommendations for beers that are similar to Kronenbourg.

How Many Calories Are There in a Pint of Kronenbourg?

According to the Kronenbourg website, there are 44 calories per 100g. Using this information, I have worked out the calories for each of the different bottles and cans that Kronenbourg sell.

How Much Alcohol is There in a Pint of Kronenbourg?

While some beers can differ in alcohol depending on where they are sold or whether they are on draught or in a can or bottle, Kronenbourg is universally 5% abv. Making it a decently strong pale lager. Particularly when compared to a beer such as Carlsberg which is 3.8% in the UK.

No. The Kronenbourg website is very clear on this. Due to the use of malted barley, Kronenbourg contains gluten making it unsuitable to those with a gluten allergy.

Again, the Kronenbourg website is very honest about this. Kronenbourg 1664 is not suitable for vegetarians or vegans. The website does not go into detail about what makes it unsuitable, but I assume that it uses isinglass or something similar to clarify the beer. Check out my article on drinking beer while following a vegan diet to learn more.

What Beer is Similar to Kronenbourg?

Kronenbourg 1664 is a French Pale Lager, and there aren’t actually too many of them. Beers nearby include Stella Artois and Jupiler from Belgium. Or you’ve got the Dutch beers; Amstel, Heineken, Grolsch, or Bavaria.

You can also look further afield to Germany, which has Becks, Holstein Pilsner, Flensburger, Bitburger, Rothaus, and a hundred other varieties. Or there is the Danish pilsners Carlsberg, Tuborg, and FAXE.

But you don’t HAVE to stick to pale lagers, you can try Vienna lagers which (bizarrely) are brewed excellently in Mexico – check out my article on beer in Mexico to learn more. Or there are the German beers you drink at Oktoberfest, these are excellent and a refreshing change from regular pilsners.

Czech pilsners are most often described as the best pilsners available. Pilsner Urquell being the beer that started it all. Then there is Staropramen, Praha, Budvar, and Kozel to name a few. Each one is a masterpiece of pilsner brewing.

I guess what I’m trying to say is that Kronenbourg 1664 is an excellent beer (I’m literally drinking one as I write this article), but there is a whole world of interesting lagers and pilsners out there for you to try. Don’t get sucked into drinking the same 3-4 beers forever.