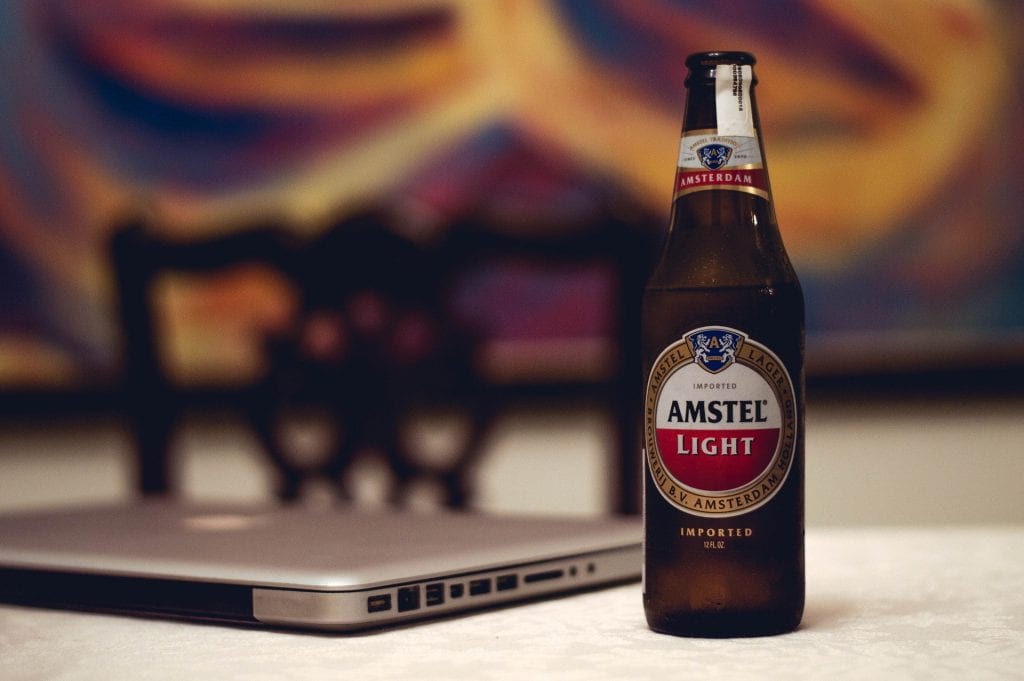 Amstel lager is one of the most popular beers on the planet, producing 36 million litres of beer each year. The Amstel brewery was founded in 1870 in Amsterdam, it stayed there until 1968 when Amstel was taken over by Heinekin. Production was moved to the Heinekin brewery in Zoeterwoude shortly after and has stayed there ever since. But is Amstel lager gluten free?

Amstel Lager is made with malted barley, this contains gluten so Amstel lager is NOT gluten free. If you go onto the Amstel website, they tell you this in the frequently asked questions list.

What About Amstel Light?

While the Amstel lager section has a large FAQ section and answers the question directly. The Amstel light website is nowhere near as helpful in answering. After some research, I’ve come to the conclusion that Amstel Light is not gluten free. But it is a tricky one.

Amstel light also contains malted barley, which means that it contains gluten. Because barley contains gluten. However, in this forum post on celiacs.com, somebody contacted Heinekin directly and got this answer:

“Our recipe contains only barley, hops, yeast and water. Although barley has a source of gluten, the gluten contents of our products is lower than the gluten free level. Consequently, Amstel Light is considered gluten free.”

Apparently, it is possible to call a product that contains gluten a “gluten free” product, provided the level of gluten is lower than 20ppm. So, technically Amstel light is gluten free, but it does contain a small amount of gluten.

If you’re looking for a gluten free beer, then Amstel light seems to qualify. But it is technically not a gluten free beer. Though I’ll be honest, I wasn’t aware that gluten free products could actually still contain gluten. Sure, it’s only trace amounts. But it certainly is food for thought.

If you’ve enjoyed this (hopefully) useful article, why not check out my article on Affligem, Belgian’s best-kept secret?