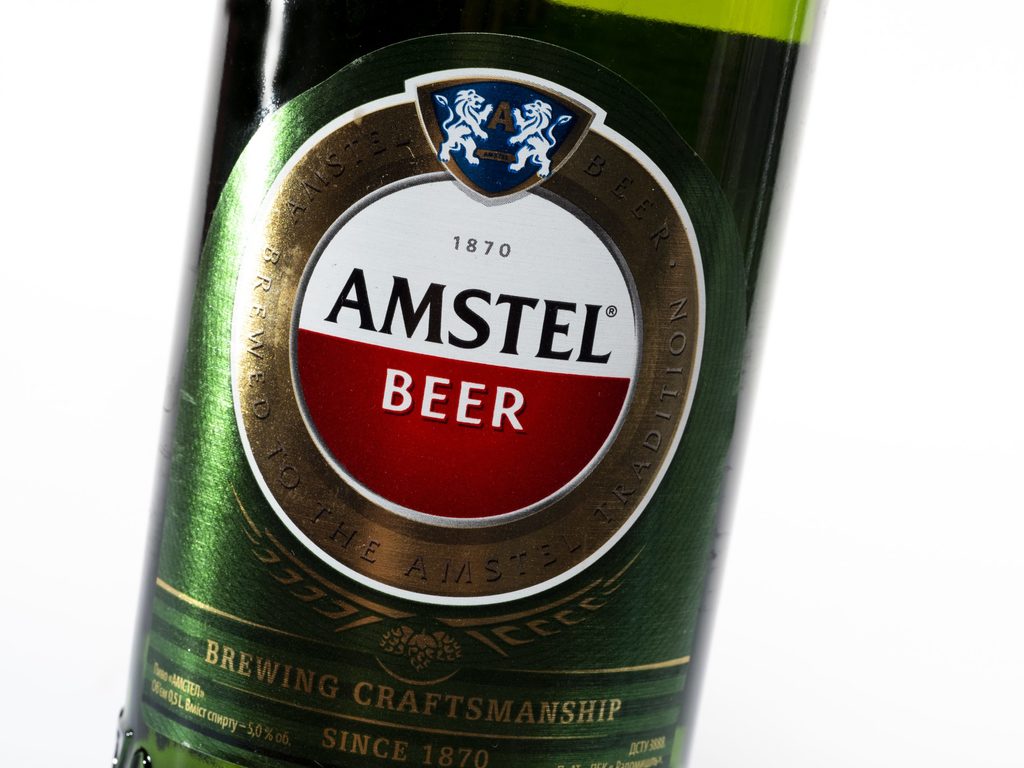 Amstel Fact File: Everything You Wanted to Know

Amstel is one of the most popular beers in the world, with a great reputation. But how many calories are there in a pint of Amstel? How much alcohol is there? Is Amstel gluten-free? Is it vegan? What beer is similar to Amstel? All of your questions will be answered in this Amstel Fact File.

There are 176 calories in a pint of Amstel (568ml). Amstel is 4.1% abv. Amstel is not gluten-free as it contains malted barley. Amstel can be considered vegan-friendly as it does not use isinglass to clarify the beer.

In this article, I will answer each of the common questions surrounding Amstel in more depth. I will also talk about your options for finding beer which is similar to Amstel.

How Many Calories Are There in a Pint of Amstel?

Amstel is served in cans, bottles, and in draught form. As far as I can work out, the beer is the same in all three (this is not always the case). There are 31 calories per 100ml, which is very low for beer, and extremely low for lager. Most lagers are around 40-45 calories per 100ml.

This is a very low-calorie beer, but Amstel do an even lower-calorie version called Amstel 66 which only has 22 calories per 100ml. Great if you are looking to lose weight while still drinking beer.

How Much Alcohol is There in a Pint of Amstel?

There is 4.1% alcohol in Amstel. It doesn’t matter if it is bottled, canned, or draught, the alcohol percentage is exactly the same. This is not always the case with beer, often bottled is a bit stronger than the draught.

No, due to the use of malted barley in the brew, Amstel cannot be considered gluten-free. The company claims that their Amstel light beer is technically gluten-free due to it having such a low level. For some people, the very low levels of gluten may make it okay to drink … but it is NOT gluten-free, just low in gluten.

I’ve actually written about this before. Back before I started writing my Beer Fact File articles. If you want to learn a bit more about the gluten-content and who wouldn’t? check it out here.

Yes. There is a lot to be said for real ale and English beer, but sadly almost none of it is vegan-friendly. That is because brewers use isinglass (fish bladder) to clarify their beer. Otherwise, all the beer you drink would be cloudy.

But large breweries that mass-produce their beers can filter out sediment using machines. This arguably makes for a worse pint, but it does have the benefit of making the beer vegan-friendly.

What Beer is Similar to Amstel?

Amstel was one of the first beers I remember drinking, while on holiday with my family … in Greece. Yeah, Amstel is crazy popular in Greece. I remember going to Amsterdam with my mates in 2006 and not drinking anything but Bavaria. Thinking back, it is kind of crazy that I was drinking Amstel in Greece, but not in Amsterdam. But hey, that’s globalisation for you!

The obvious beers to mention would be the other Dutch lagers out there. Grolsch, Heineken, Bavaria. These beers are very similar in terms of taste and quality. So much so, that there isn’t much point in me recommending them!

Personally, I would rather point you in the direction of Czech pilsners such as Pilsner Urquell, Staropramen, Kozel, and Budvar. These beers are pilsners just like Amstel, but better. You can also look at German Pilsners such as Flensburger, Bitburger, Veltins (my favourite pilsner in the world), and Jever.

The beers are brewed better, they are more flavourful, and often, they have an amazing history behind them.

I have no problem with Amstel, it is a fine beer, and due to its low-calorie count it could be one of the better beers to drink while on a diet. But I believe that there are better beers out there.