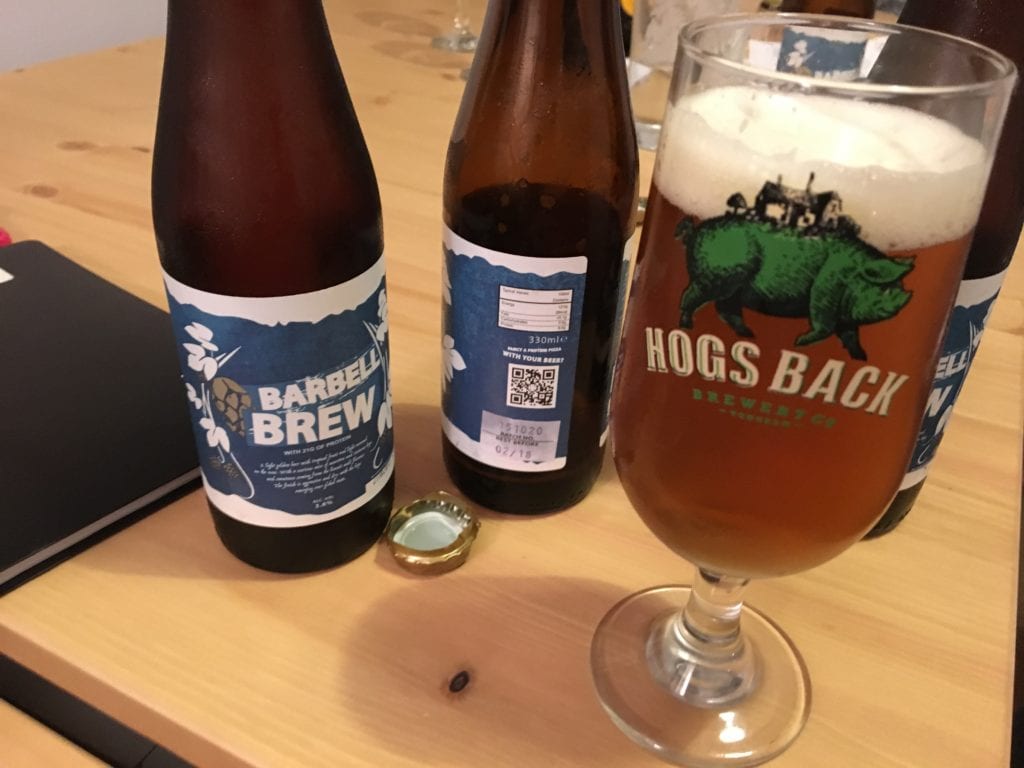 Beer N Biceps Episode 18: Looking Back on the Series

This episode is the last of series one, when we started out there was no plan to split the episodes up into short series (which is why series one ended up with 18 episodes). Looking back on what we have achieved so far is the focus of this episode. We’ll be looking at our favourite beers over the course of the series, and what we’ll be offering in series 2.

Looking Back to the Start

It was a Sunday afternoon and I was meeting Todd in the Duck in the Pond pub in Harrow. It’s a pretty decent pub owned by a company called Ember Inns, their beer selection is fairly up and down. Sometimes they’ll have some amazing beers on tap, while other times there’s almost nothing. We hadn’t seen each other in around 2-3 months, which was quite unusual for us. When we were in our early 20s we’d usually see each other about 6-8 times per month. But if growing old has taught me one thing, it’s that socialising is a difficult thing to do.

Friends move away, your social circle becomes fractured, and you lose touch with people. There are falling outs, and break ups that can split a group, there are an endless number of things that can affect how often you see people. As relationships grow, family becomes more of a commitment. You aren’t living with your parents any more, so now you spend weekends going to visit them. Then your partner also wants to visit their parents, suddenly 15-20 of your precious 52 weekends per year are taken up.

But there’s one thing that you can say about Todd, that guy never turns down a beer if he can help it! We sat down and went through their entire beer collection in methodical fashion. At one point the bar staff themselves congratulated us on our collection of bottles and glasses. Well at least I think they were congratulating us, they definitely said “That’s a lot of bottles you’ve got their guys, and there’s only two of you?”. This sounds like a compliment to me.

While we drank we set the world to rights, well the sporting world anyway. But we also talked about beer, we made each other laugh, and we reminisced about the time Todd got in crazy shape for a personal training competition that I had entered. We also got exceedingly drunk. As we were heading off, Todd to the loving embrace of his family, me to a girlfriend who was just SUPER happy that I was 2 hours later than I had said I would be, I asked Todd something that I had asked only one person before. Whether he’d like to do a podcast with me.

I didn’t even mention the subject that I had in mind, because I was scared of rejection. But he seemed pretty excited. I casually mentioned beer, which he readily agreed with, and then I mentioned doing it on fitness. I held my breath (okay I probably didn’t but allow me some artistic licence here) and he said the following, incredible words “Yeah sure, whatever the fuck you want to do it on mate sounds good to me”. One day I want those words engraved on a marble statue of Todd.

Usually, when I have a really good idea it falls flat almost immediately. I’ve started 3 bootcamps in my life, all of them have fallen apart in fairly spectacular fashion. The first was in Regents Park, me and a couple personal trainers decided that it would be a great way to make some extra cash. I booked a spot in the park, printed t-shirts, created flyers, and even got some media interest (two journalists and a photographer came for a photoshoot and interview). 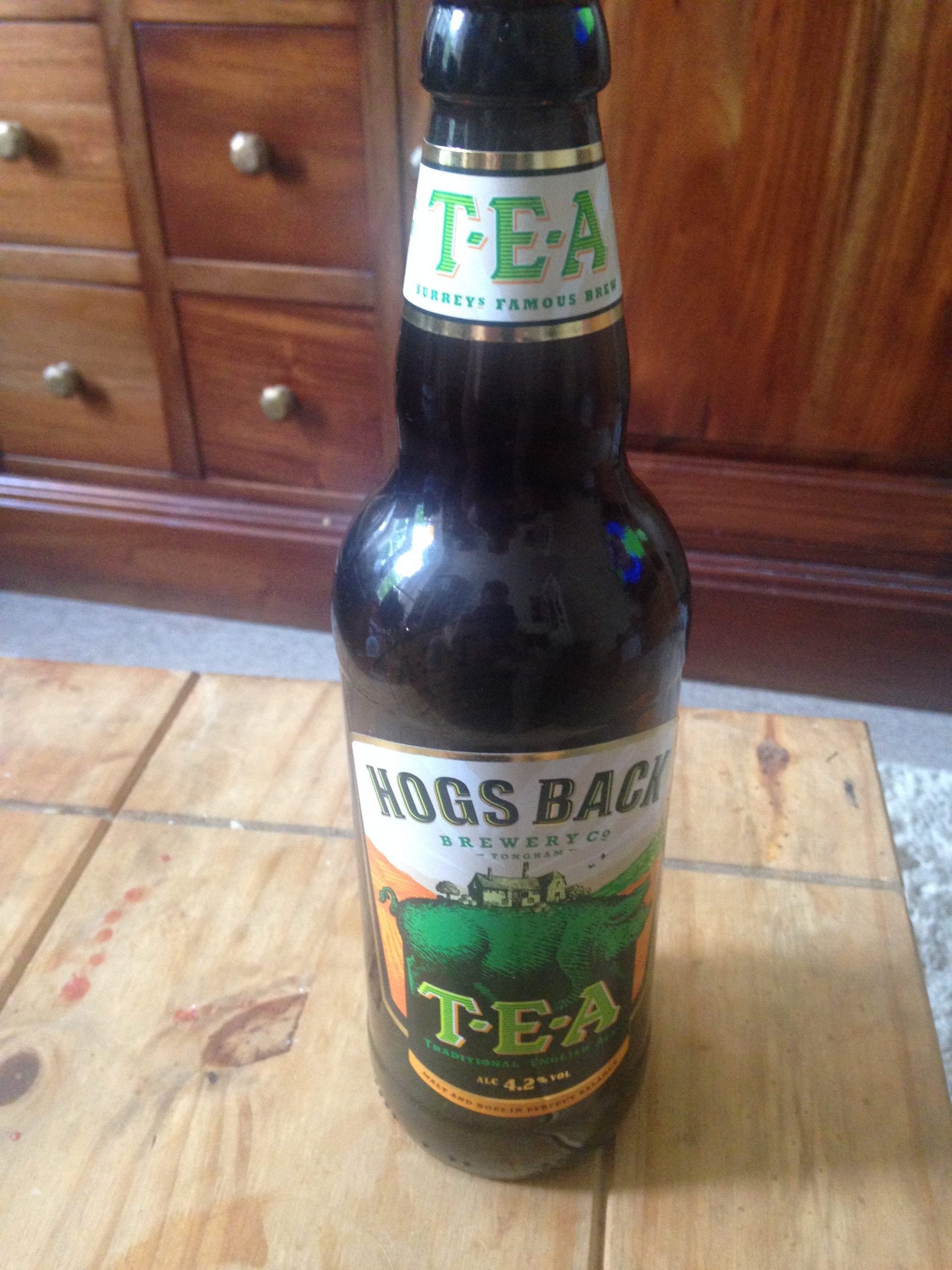 I offered the class for free to around 20 people, and turned up to session one with one of my PT buddies (the other had already quit) at 6:30am. Nobody showed up. We waited 20 minutes, then went to a Walkabout pub in Shepherds Bush to watch some Rugby League and have a beer (yes the pub was open at 8am and was filled with Aussies drinking).

I have failed in projects like this more often than I care to say, and a lot of the time it has been due to a burst of enthusiasm on my part, and absolutely no enthusiasm on anyone else’s. So I was surprised (and insanely pleased) when Todd and I met up just 2 days later and recorded our first episode.

I’d love to say that the episode was a home run, but it was actually pretty shit. Todd and I are prone to going off on large tangents but this episode took the piss! We covered sexism in sport, Todd’s trip to a Spanish restaurant, and about 20 other completely random subjects. The episode clocked in at 90 minutes, and we both agreed that a do-over was required.

When we finally did complete episode one we were really pleased with how it came out. All I had to do now was publish it …. This was the most frustrating week of my life. To say that apple have made publishing podcasts a difficult endeavour would be an understatement. I would rather dip my balls in acid than go through the process of starting a podcast again.

Nothing was simple, small issues would cause day long delays, and nowhere was there any information on 1) why the problem had occurred or 2) how to fix it.

Luckily, I managed to get some idea of the problem from a few YouTube videos, a couple of blog posts, and a podcasting forum. To this day I have no idea how my podcast works, and if anything were to go wrong I would immediately give up and never look back. But episode 1 was finally uploaded, and is our most successful episode so far (with 200 listeners to date). 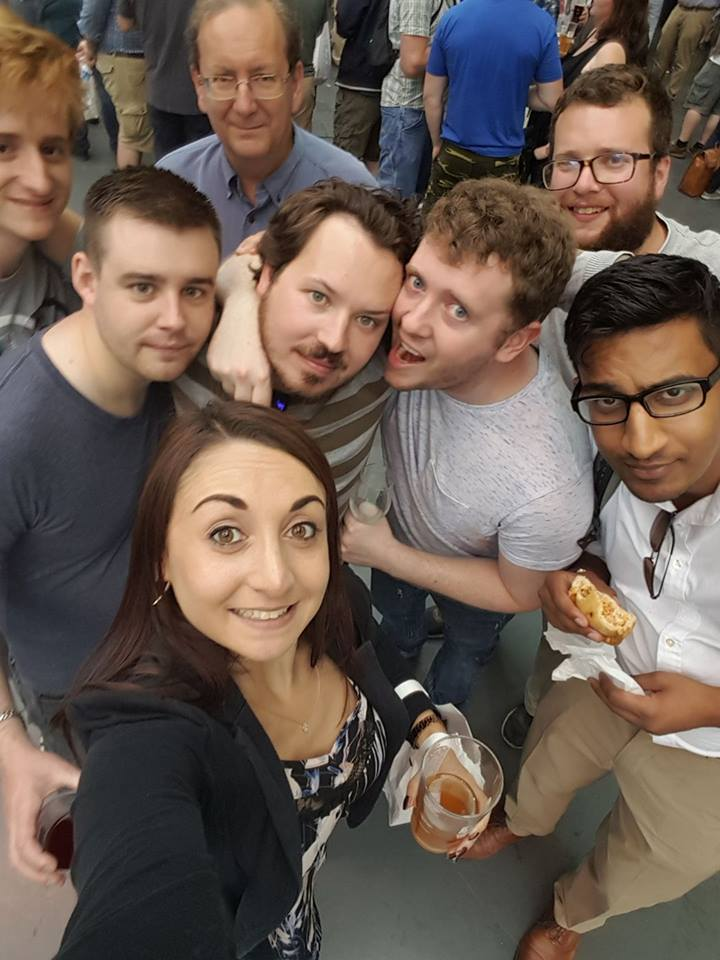 After our first couple of episodes we really got into the swing of things. Todd would come round to my flat or I would go to his. I would plan out the fitness side of things, while Todd researched the beer. One or the other of us would bring the beers, usually me because I am overly-excited, and we would open it up and start talking. We have no fancy equipment, just an iPhone and a notebook. This has served us well, except for episode 16 where we pushed our luck and attempted a podcast in a crowded bar. The acoustics were not favourable and as a result it’s very hard to hear anyone. This is a shame because we had our first guest speaker (Leandros) who was incredibly knowledgeable and funny.

We’ve had a number of mishaps, I got a phone call 30 minutes into a podcast (which was recording on the phone that rang) meaning that we had to start all over again. We’ve had people walking in talking loudly during an episode, and Lucy knocking on the door right at the end of a recording to tell us to “keep it down!”. I’d love to say that I admonished her afterwards, but the truth is that I am terrified of her.

Looking Back to the Future

Excuse this title, but I want to explain. Now that we have hit 18 episodes we want to do more with this podcast. Meaning that we need to look back on what it was that we set out to do with it. We wanted to have a laugh, check. We wanted to discover amazing beer and share our knowledge, check. We wanted to champion unfashionable beers that are getting overlooked due to a crowded market of craft beers, check. We wanted to share fitness and nutrition knowledge that might help our listeners to improve their training and diet, check. We wanted to lose lots of weight and build muscle ourselves …. erm …. shit. 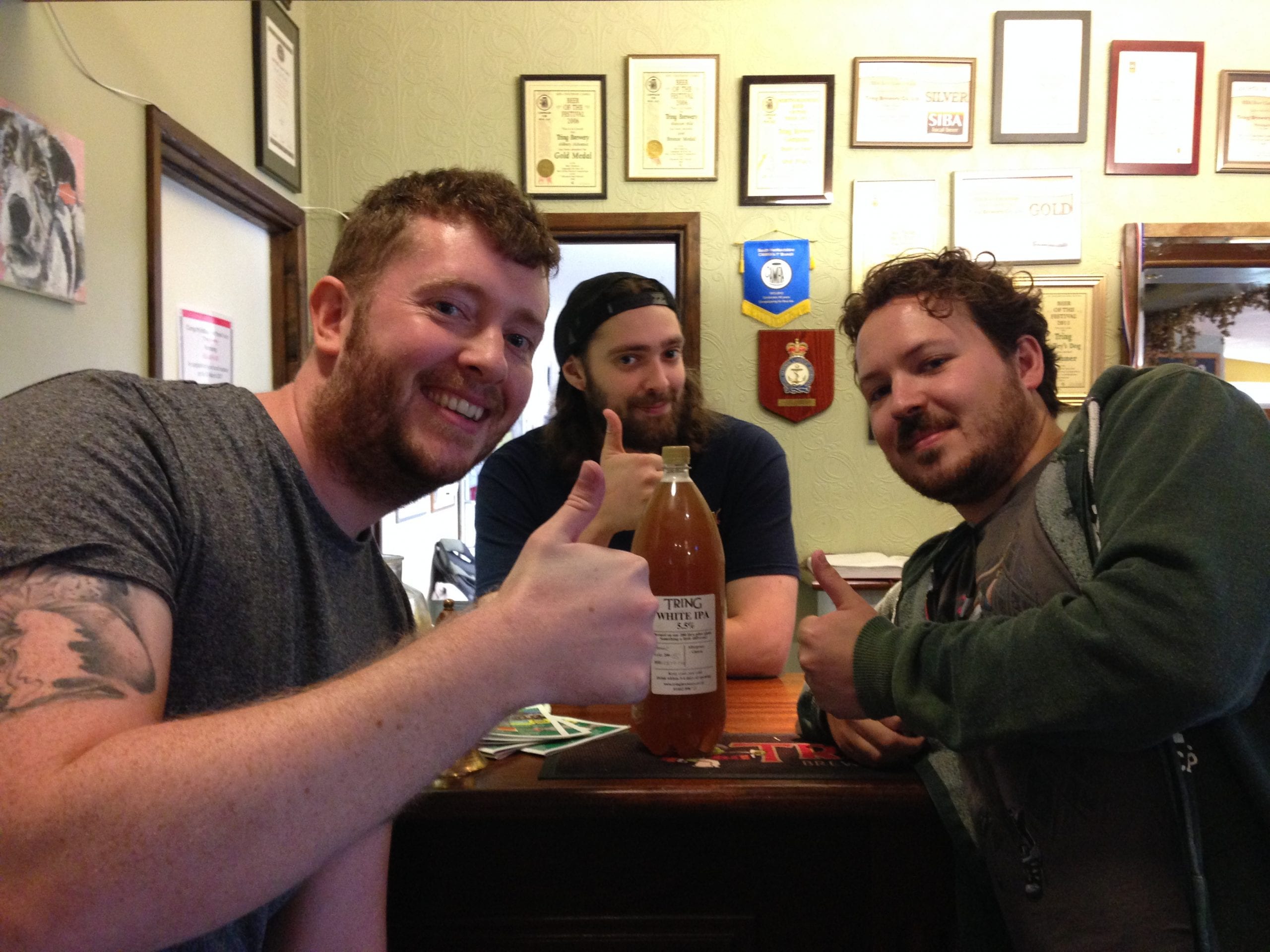 Me, Jared, and Todd with our awesome White IPA

There have been many successes, but there are still some goals that we didn’t hit. We didn’t really manage to keep our video series up nor did we manage to do any individual short podcasts (something I definitely want to do in the future). We also NEED to start being better at training and dieting correctly. Right now, Todd is running weekly while I am back in the gym following the same program I started with. Looking back on what we wanted to achieve and what we have managed to achieve leaves us very happy though. We can’t believe how many people have listened to us talking shite for 18 hours (at around 1 hour per episode).

So series one is now complete and we have a number of people that we would like to thank. Firstly our partners, Lucy has put up with about 10 hours worth of Todd and me using up the living room and getting pissed. Lottie was our guest speaker for this episode and was absolutely fantastic. Todd’s parents have put up with us using their garden/office to get drunk, and Todd’s dad Paul even managed to guest speak in episode 12 when we drank Bacchus and discussed the importance of sleep.

Todd’s brothers have both been helpful in giving us advice (particularly when it came to splitting it up into series), and hopefully they’ll join us for an episode later. My sister and her fiance have given us loads of useful questions and support. Tring Brewery were amazing and gave us free beer to review on our podcast, Beer Asylum in Pinner allowed us to hold a podcast in their shop and provided us with Leandros. Also, finally we’d like to thank you guys. All 1,474 unique listens to this podcast have been incredible. We’ve had listeners from Japan, America, Germany, France, Canada, Brazil, Jamaica, and Australia.

Thanks to everyone who has shared our podcast, has supported it, and has told friends and family about it. You guys absolutely rock, and the support has been so much more than Todd and I expected when we drunkenly decided to start a podcast last Summer.

Beer of the Week: Barbell Brew

I’m not going to go into too much detail about the episode, just give it a listen! But I will discuss the beer. It came from a company called Muscle Foods, and I use them sporadically to buy meat from. They are always doing insane deals and I’ll fill my freezers with their products as often as I can. A while back they brought out protein beer. At first I thought it was a joke, but it’s completely real. Each bottle contains 21g of protein, which is more than some protein shakes!

If this beer could taste nice, I thought to myself, then it could revolutionise my diet. I could come back from a hard workout, crack open a protein beer, and relax. A session could lead to me hitting 210g of protein! A lot was riding on this beer tasting nice ….

It was the worst beer I have ever had in my life, the initial smell was actually all right. It smelt sweet and hoppy. But the taste was horrific. Way too sweet, and with a horrible chemical aftertaste. This was a beer that did not get better the more you drank it. Each sip was worse than the last. In a panic, I poured some prosecco into it, and this massively improved the taste. The prosecco was dry and fizzy, this complimented the sweet taste and removed the aftertaste completely. Don’t get me wrong, it wasn’t an amazing drink, but it was 1000x better than the beer alone. I predict that barbell brew would make an okay shandy, but the prosecco/beer cocktail is probably as good as it will get.

Avoid unless you are desperate for protein and alcohol! Looking back on everything, this beer was the worst we tried by a country mile.

Phone use in the gym