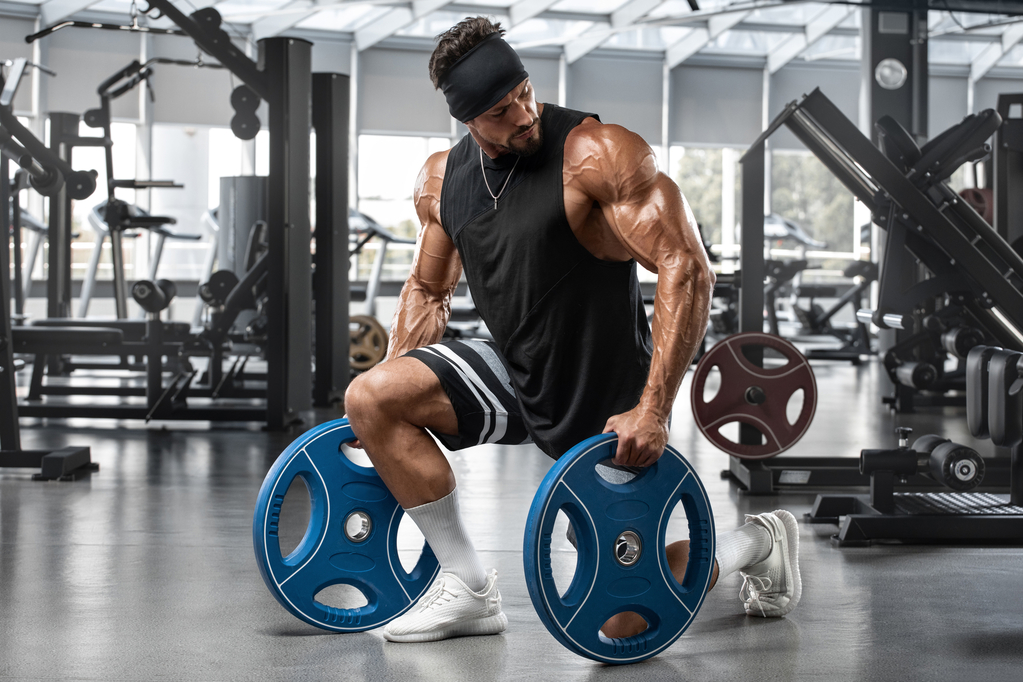 Do Bodybuilders Fast Before a Competition?

The modelling and acting worlds are full of stories of people fasting for long periods before a shoot or particular scene. The idea is that avoiding food will help to keep you looking as lean as possible. But what about bodybuilders? Do bodybuilders fast before a competition?

Bodybuilders do not fast before a competition. This is because fasting can leave their muscles looking “flat”. There are many things that bodybuilders will do that are similar to fasting—restricting water and sodium, and manipulating their carbohydrate intake. But there is no fasting.

So what do bodybuilders do before a competition? In this article, we will take a closer look at the world of pre-competition nutrition.

Do Bodybuilders Fast Before a Competition?

If you read my article on what foods bodybuilders eat, you will have a good idea of what a bodybuilder’s pre-competition diet may look like. However, this article will be a little more in-depth than that one and should give you a clearer picture of what to do if you ever want to compete.

I should clear up the first thing: No, bodybuilders do not fast before a competition. This would be counterproductive as it would leave their muscles looking flat. Reports of bodybuilders fainting on the day of competition are accurate, but this is not due to fasting. Instead, it can be due to dehydration, low blood pressure, electrolyte imbalances, or even holding your breath.

According to several successful bodybuilders, you will eat multiple small meals on the contest day, and many bodybuilders eat high-calorie foods the night before. There are reasons for this that I will discuss later in this article.

Do Bodybuilders Dehydrate Before a Competition?

This does not mean that they will avoid drinking altogether, but the amount of water they drink on the day will be minimal. 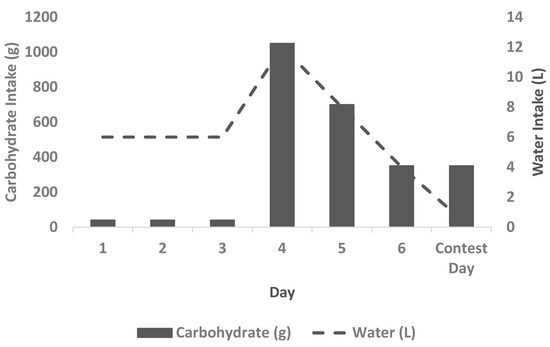 Pro bodybuilders may take this further, using diuretics to rid their bodies of all water. This can come from pharmaceuticals, or it can be something natural like dandelion tea. This will provide a better “look” but is much more dangerous than regular water manipulation.

Bottom Line: Bodybuilders will manipulate their water intake three days before a competition and will drink minimally on the contest day. Pro bodybuilders may use diuretics to rid their bodies of water, but this can be incredibly dangerous.

When Should You Start Carb Cycling Before a Bodybuilding Contest?

Different bodybuilders have different strategies, but one of the most common is to start cycling around 7-10 days before a competition. I quite like the example used above, which is seven days and looks like this:

Should Bodybuilders Fat Load Before a Contest?

Should Bodybuilders Cycle Protein Before a Contest?

What Do Bodybuilders Do Right Before a Competition?

Before a competition, you are looking to minimise water, consume a medium amount of carbohydrates, and increase protein and fat intake. A 2021 study by Escalante et al. analysed several bodybuilding studies and came up with the perfect peak week graphic: The study is incredibly detailed and well worth checking out. There is a lot of scientific jargon, but it is summed up beautifully in graphics such as the one above.

Do Bodybuilders Fast Before a Competition: Final Thoughts

Fasting is not a good strategy for bodybuilding. Even if you are desperate to cut as much body fat as possible, it is possible to utilise intermittent fasting during a cut, but not during peak week. However, fasting will affect your performance, leave you looking flat, and prevent you from using known strategies such as carb-loading or fat loading.

Previous Post Calories on Menus: Are We Missing the Big Picture? Next Post Do Bodybuilders Have Cheat Days?