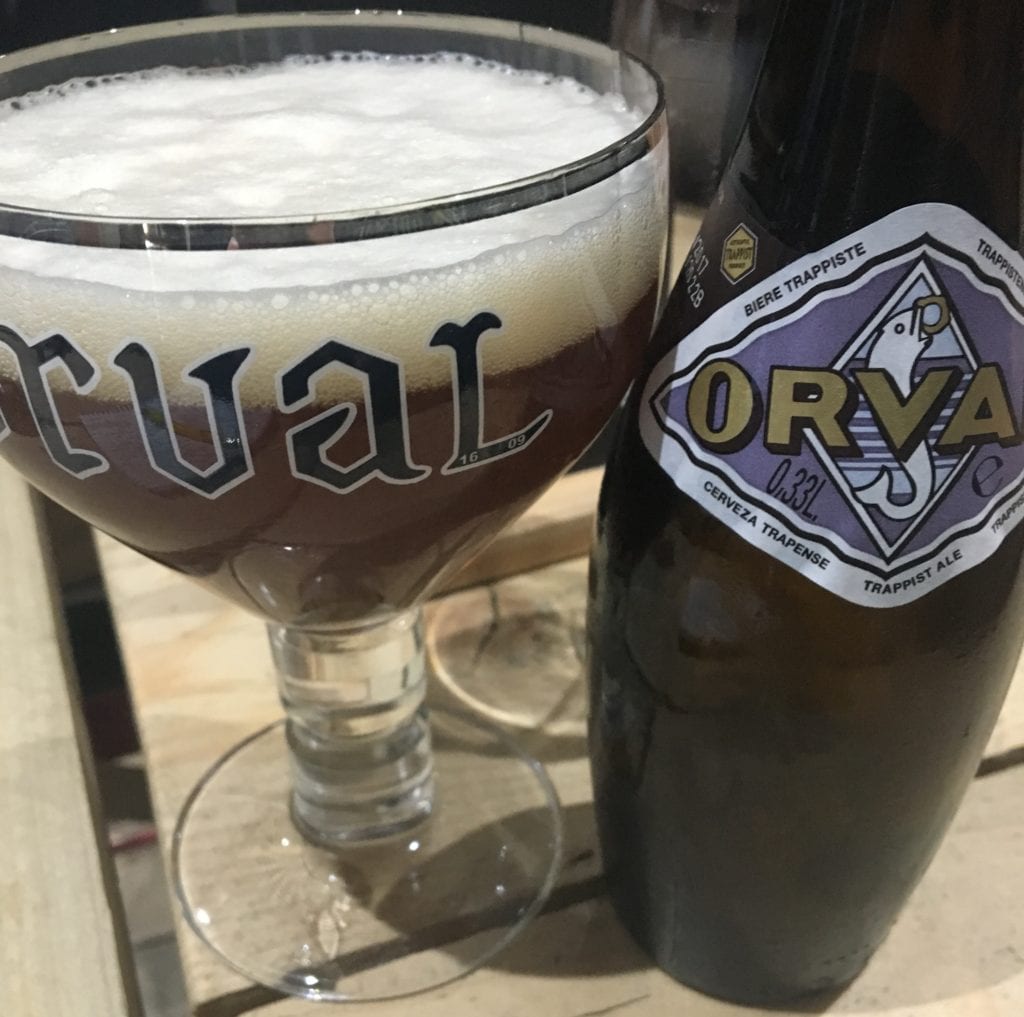 This week was a bit experimental, we attempted to record our podcast episode in a beer shop/bar called Beer Asylum in Pinner. While the bar itself was incredible, we made the (naive) decision to record it at 7:30pm on a Friday night. Consequently the bar was heaving, considering we were recording off my iPhone we were reduced to shouting into it! But luckily we’re still able to be heard, and you can listen to us discuss the question “is the media failing fitness?”. 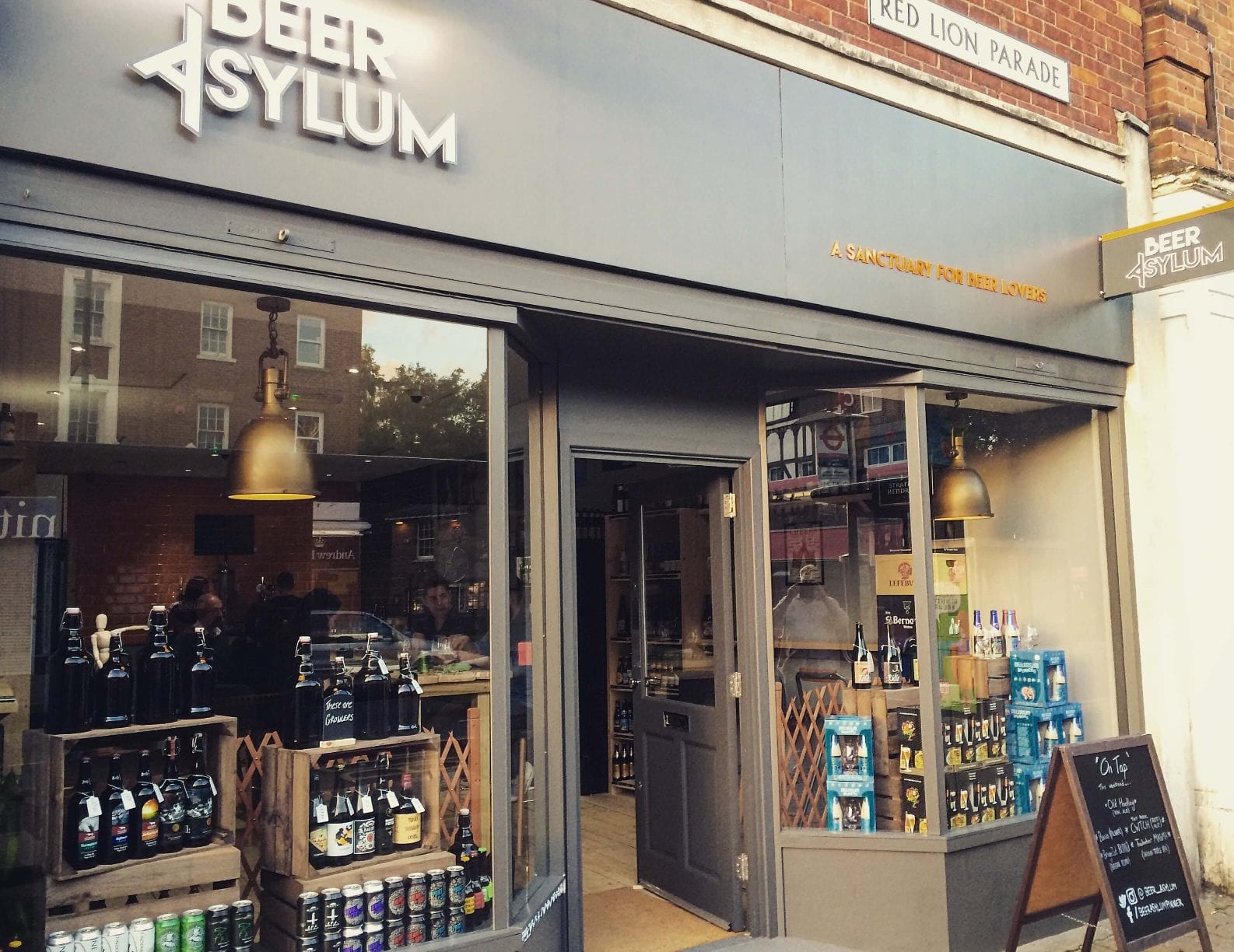 I discovered this place on a Thursday morning a couple weeks ago, I had a meeting in the bank booked for 11am. Lucy (my ever patient partner) had agreed that we should check it out when it opened. I pointed out that it didn’t open until 12pm and there’s no chance that we’d be that long in the bank … At 12:15 we exited Halifax and walked in.

It was stunning. Everything you could want in a shop. There were 5 beers on draught, hundreds of German, Belgian, American, and English beers, and an incredibly knowledgeable owner called Jason who talked to me for a good 30 minutes about beer. I arranged with Jason for myself and Todd to come round and record a podcast episode here.

Jason was even kind enough to throw one of his staff members under the bus by subjecting him to an hour of our podcast. I left that shop with 100 bottle caps (my crazy girlfriend collects them), and 5 beers. The Sweet Stout from Japanese Brewery Hitachino Nest was particularly good. 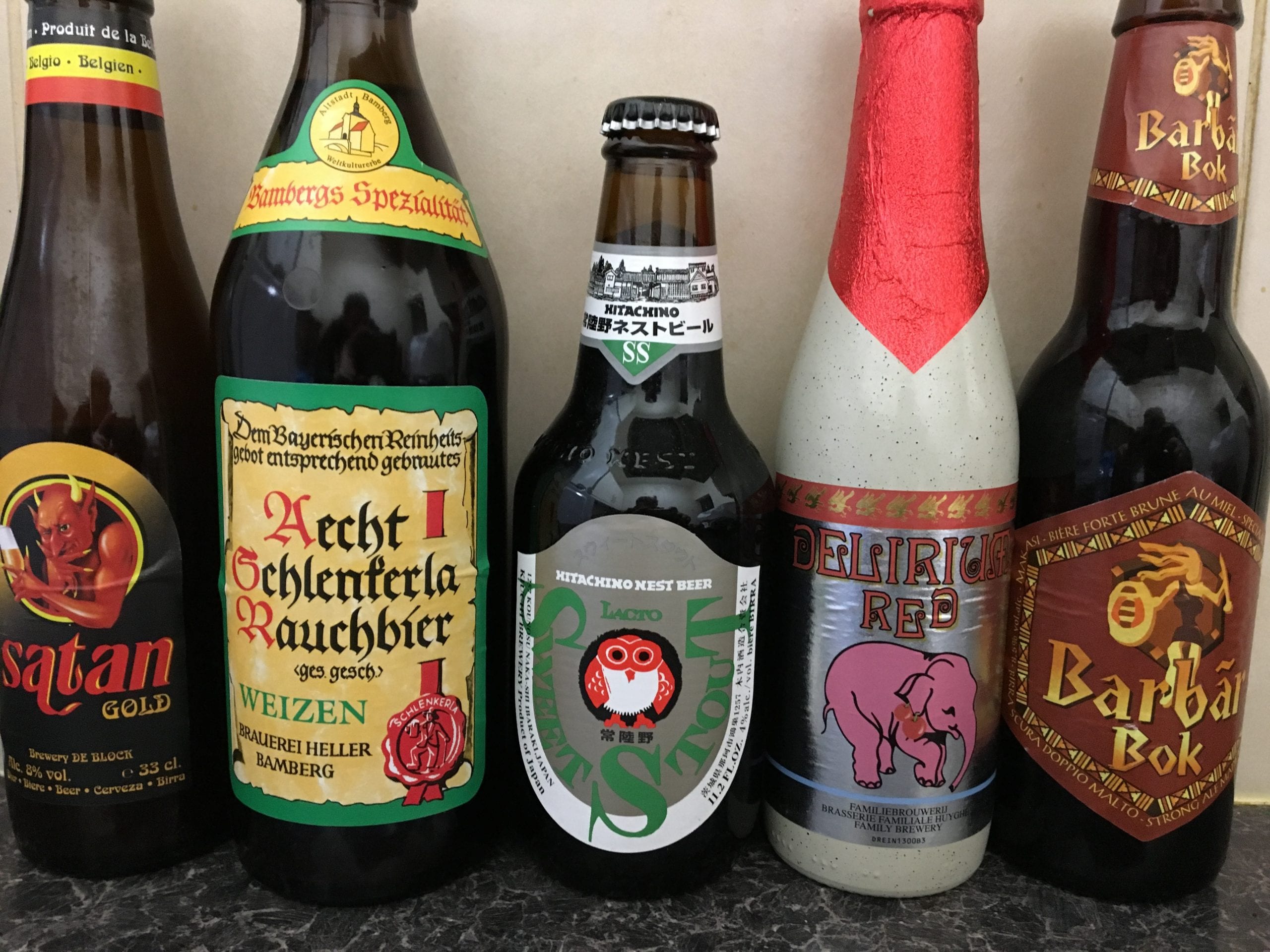 What an incredible sight

Yes that’s right we had a guest this week, Leandros was an incredibly interesting and entertaining guest, who knows his beer (though both Todd and I blame him for our subsequent hangovers the next day). We’ll definitely try and get him on another episode, hopefully at a quieter time!

If you’re in London then please give this place a visit, it is a truly unique, friendly, and entertaining place to while away a few hours. Check out their website here

Is the media failing fitness?

Not a week goes by where I don’t sit at my desk, dumbfounded by a ridiculous headline from the media. In the episode we covered quite a few of my favourites, including: “EATING STEAK CAN INCREASE YOUR CHANCES OF DYING FROM NINE MAJOR DISEASES” from the Daily Mail. The titles are sensationalist, inaccurate, exaggerated, and too focused on the short term (without looking at the bigger picture).

Perhaps you are thinking that bad articles are to be expected from the Daily Mail, but you wouldn’t see such shoddy journalism from the Guardian. Well, in my opinion they are worse. I am aware that they have many different writers, and that not everyone is going to have the same opinion … but let’s compare two headlines from the same newspaper.

“‘IT’S INTOXICATING – I BECAME OBSESSED’: HAS FITNESS GONE TOO FAR?”

“EXTREME FITNESS: ARE YOU TOUGH ENOUGH?”

So which is it Guardian, are you going to rail against the machismo culture in the gyms? Or are you going to encourage it? Of course, the first title is ridiculous. While there are definitely some people who have got carried away, there is no way that fitness has negatively affected the lives of more than 1% of the population.

It’s like worrying that we’re reading too much, or having too many holidays. Fitness has 1000x more positives than it has negatives, and the problem is that too many people are not being encouraged to pursue it.

In the podcast I had a drunken pop at Joe Wicks, and now in my sober state I regret that. He seems like a really decent bloke, and he’s worked damn hard to get where he has. But here is a serious question, why is Joe Wicks the face of UK fitness? Is it for his knowledge? No, because both his fitness and dietary advice are sub-par. It’s because he’s bubbly, energetic, handsome, and he knows how to market himself and his product. Before him Jaime Oliver was the face of British nutrition, and Davina McCall was the face of fitness. What the fuck is happening in this industry?

Can you imagine the face of British physics being Charlotte off Geordie Shore? Or the face of British chemistry being Bez from the Happy Mondays? It wouldn’t happen. But sports science is still seen as PE by most people in the general public, and personal training is still seen as knowing how to perform exercises really well, or knowing how to cook a delicious lasagna.

That’s why Jaime Oliver is talking about a subject he has no education in, that’s why Joe Wicks is promoting a form of exercise that is not suitable for the majority of his followers, and it’s why Instagram models are selling training programs based on how nice they look in their underwear, rather than how respected they are in this industry. I blame the media for this, while also acknowledging that the media does a lot of good, and by writing this blog I am fucking contributing to that very industry that I scorn … shit

So IS the media failing fitness? Yes, but it is also fitness’ only saviour

Beer of the Week: Orval 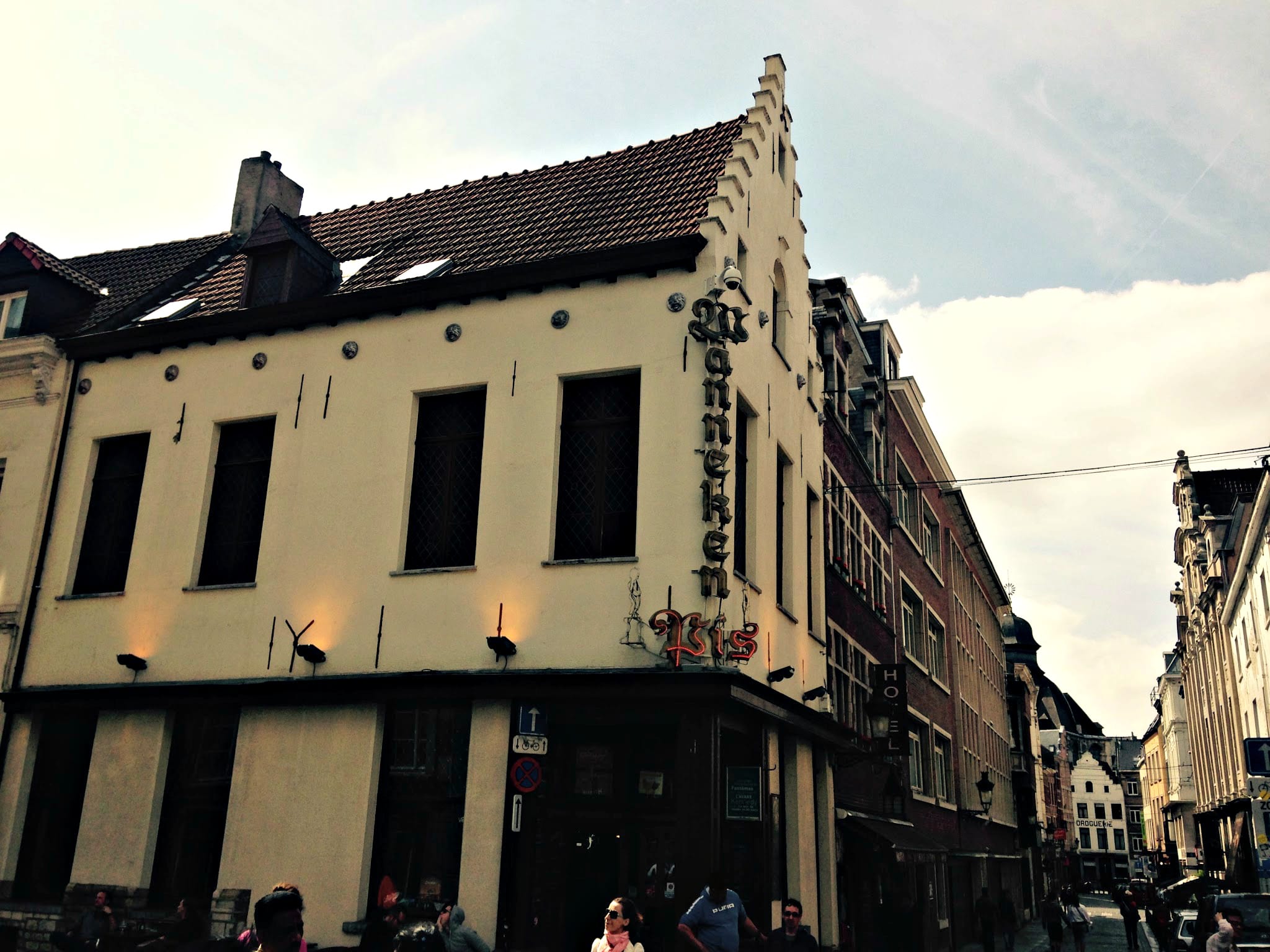 In July 2015 I was standing opposite a statue of a pissing child in the centre of Brussels. My girlfriend was standing next to me as I tried to take a quick photo of this most famous of urinating statues.

Opposite the statue was  the quintessential Belgian bar. It was called Manneken Pis Cafe. I walked in and ordered one of the first beers that I saw on a menu (it had about 50 beers on it). We sat outside and I fell in love.

This beer was incredible, the glass really caught my eye, as did the skittle shaped bottle. I sat there with Lucy and watched an endless stream of tourists walk past, take a photo of a pissing statue, and walk on. This is one of my favourite memories, and the moment that I saw a couple bottles in Beer Asylum I knew that I had to have this beer for our podcast.

Orval beer was first created in 1931 by the monks who live at the Abbey, but beer has been brewed in this spot since 1628. The monks only brew this one beer, and their brewery is only open to the public twice a year. The famous beer writer Michael Jackson was a fan of this beer, describing it as a classic. I loved it in Brussels and I loved it during the podcast, possibly my favourite Belgian Beer. 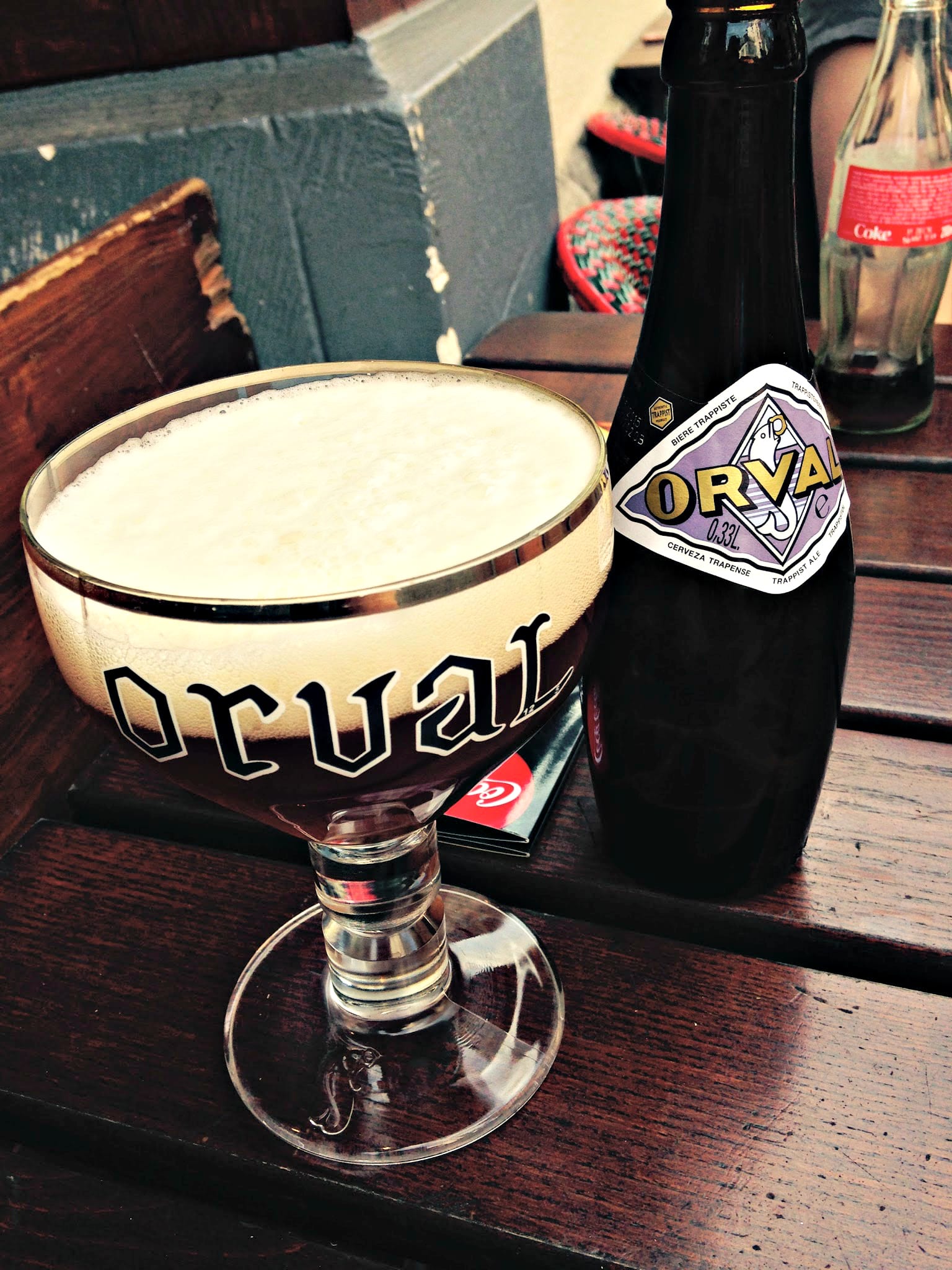