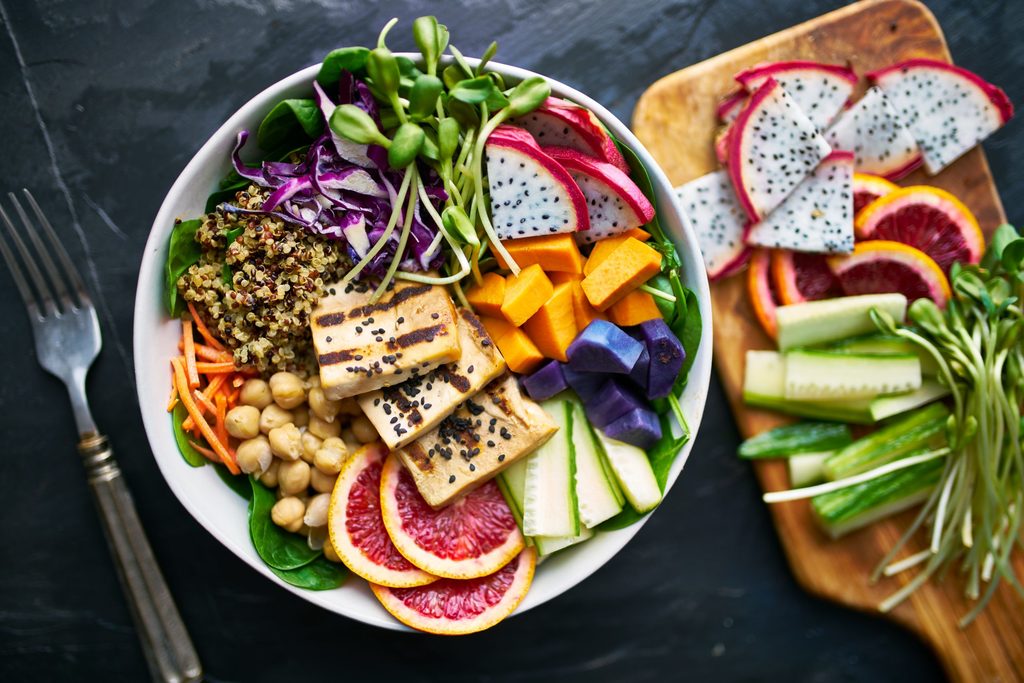 Can Vegan Bodybuilding Build Muscle? A common criticism aimed at vegan diets is that they make it very hard to build muscle due to a lack of protein-dense foods. But is this really true? Can vegans build bodybuilding physiques without meat?

It is possible to build significant muscle while following a vegan bodybuilding lifestyle. Though it does require more effort to find enough protein. Supplementation is also crucial. Bodybuilders who take anabolic steroids should find it easy enough to build muscle. Regardless of whether they eat meat or not.

This article will talk about how to build muscle while following a vegan diet, the importance of supplementation to fix holes in your nutrition, and why Pro bodybuilders are rarely vegan.

Vegan bodybuilding is a combination of two cultures that many people would consider to be quite contrasting. Traditional bodybuilding is usually associated with buying chicken breasts and beef mince in bulk, eating raw eggs, and drinking 3 litres of whole milk per day.

Whereas vegan culture is more about sustainability, the avoidance of animal cruelty, and typically the consumption of nutritionally dense foods rather than calorie-dense foods.

Eating so much food that you grow muscles twice as large as the average person is not ecologically friendly no matter what food you eat. But the idea that there is such a thing as a typical vegan is now pretty outdated.

People become vegans for a variety of reasons, and the most commonly cited reason these days is most likely to improve your health or to lose weight. While I may disagree that a vegan diet is inherently healthier than a regular diet, it is certainly true that a well planned vegan diet can be incredibly healthy. But how good is it for building muscle?

It is perfectly possible to build muscle while following a vegan diet. But it is certainly more difficult to do so than on an omnivore diet. The truth is that a natural bodybuilder who wants to compete would struggle to defeat bodybuilders who were just as dedicated but followed an omnivore diet.

Of course, performance-enhancing drugs are the elephant in the room here, can a vegan who is taking AAS get as good results as an omnivore taking AAS? Probably.

How to Start Vegan Bodybuilding

This question assumes that you are already a vegan, and want to start bodybuilding. Rather than being a bodybuilder who wants to become vegan. If you are the latter, then don’t worry, you can just follow your regular routine while swapping out animal products for vegan alternatives.

The first thing that you want to do is assess your current physique and capabilities. Do you need to lose body fat? How much muscle do you need to gain? Whatever your answers, your biggest concern will be getting enough protein to build muscle. Check out the section on the best vegan protein below.

Finding a reliable vegan protein powder is also important, this will make your job a lot easier. You will also want to find a good multivitamin as the vegan diet can be low in B vitamins, and because bodybuilders require more vitamins and minerals than regular lifters.

Getting some creatine is also essential. This is because vegans consume much less creatine via their diet than omnivores, and therefore have less available during a workout. Creatine is made synthetically these days, so is vegan-friendly.

Once you have all these bases covered, you are just as equipped as anyone to embark on a bodybuilding journey.

Any form of bodybuilding can be expensive, there are a lot of costs involved:

But the biggest cost for bodybuilders is almost always food. You may feel that vegan bodybuilders have it bad because they have to purchase so many different varieties of protein. But remember that animal protein is very expensive in its own right.

The advantage that regular bodybuilders have is that they can pick and choose what foods they want to eat. They can be plant-based (the majority of their calories coming from plants) with strategic use of animal products. Eggs and milk are incredibly cost-effective forms of protein.

There is no evidence that vegans build muscle faster than omnivores, and it goes against all logic that they could. The vegan diet should no longer be seen as impossible for muscle building, but it certainly doesn’t make it easier to build muscle. A lack of creatine, B vitamins, and saturated fat can all affect testosterone levels and muscle building potential. Luckily for vegans, these can all be addressed with supplementation and creative dieting.

How Do Vegan Bodybuilders Get Ripped?

This is a common question. But to be honest there isn’t really any difference between how a vegan bodybuilder and a regular bodybuilder get ripped. The most important thing when trying to get ripped is to create a progressive calorie deficit and to ensure that you are consuming enough protein to prevent muscle loss. Once you have overcome that hurdle, the rest is pretty straightforward (if not easy). Lower your calorie intake each week to create a larger and larger calorie deficit until you have lost enough body fat to be ripped.

What is the Best Vegan Protein for Building Muscle?

As you can see, some of these protein sources are very high in protein (vegan protein powder), while others are just slightly higher than normal (peas, broccoli). But if you base your meals around a mix of high-protein and low(ish) protein sources you’ll get a very decent protein serving per meal. Check out this article by Precision Nutrition for a more thorough answer.

What Supplements Do Vegan Bodybuilders Take?

There are a number of supplements that vegan bodybuilders take, some of them are specific to vegans but the majority are taken by all bodybuilders:

Vegan bodybuilders have just as good a chance of building muscle as omnivore bodybuilders. Provided they are hitting their protein targets and supplementing to prevent deficiencies, then there is no reason why they can’t get excellent results while avoiding animal products. It may have been a lot harder a few decades ago, but it has never been easier to find plant-based protein-dense foods. Veganism may not be advantageous for bodybuilding, but it is no longer a hindrance.

Previous Post Do Bodybuilders Need More Vitamins? Next Post Is Your Pint Killing Your Gains: Does Beer Lower Testosterone?